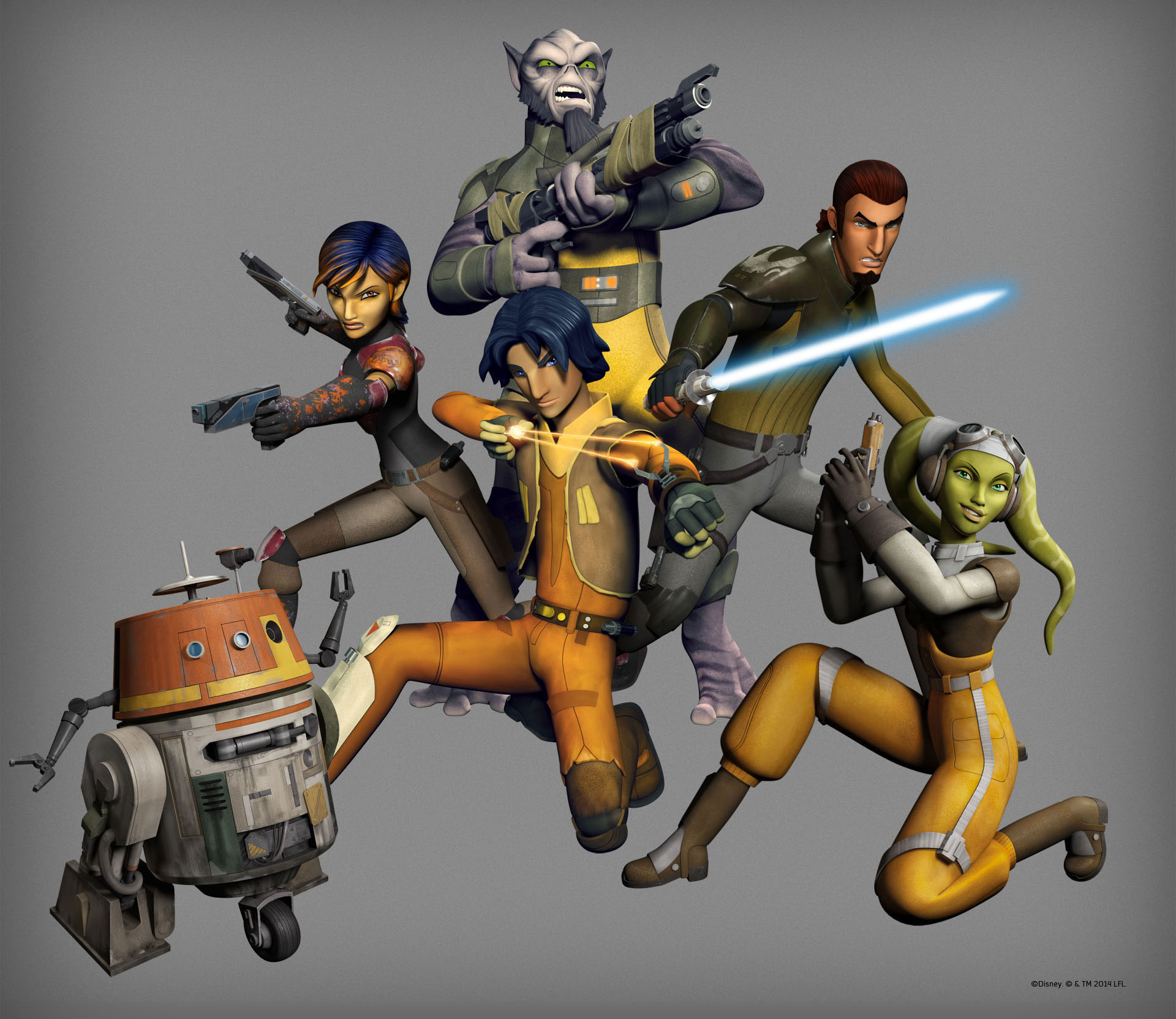 “Star Wars Rebels” proves there’s a new hope for dynamic, exciting and most importantly fun stories yet to be told from a galaxy far, far away.

If nothing else, the new fall TV show will provide a much-needed distraction for fans sweeping online on their own Order 66 in search of any and every tidbit or rumor relating to the upcoming “Star Wars Episode VII.” 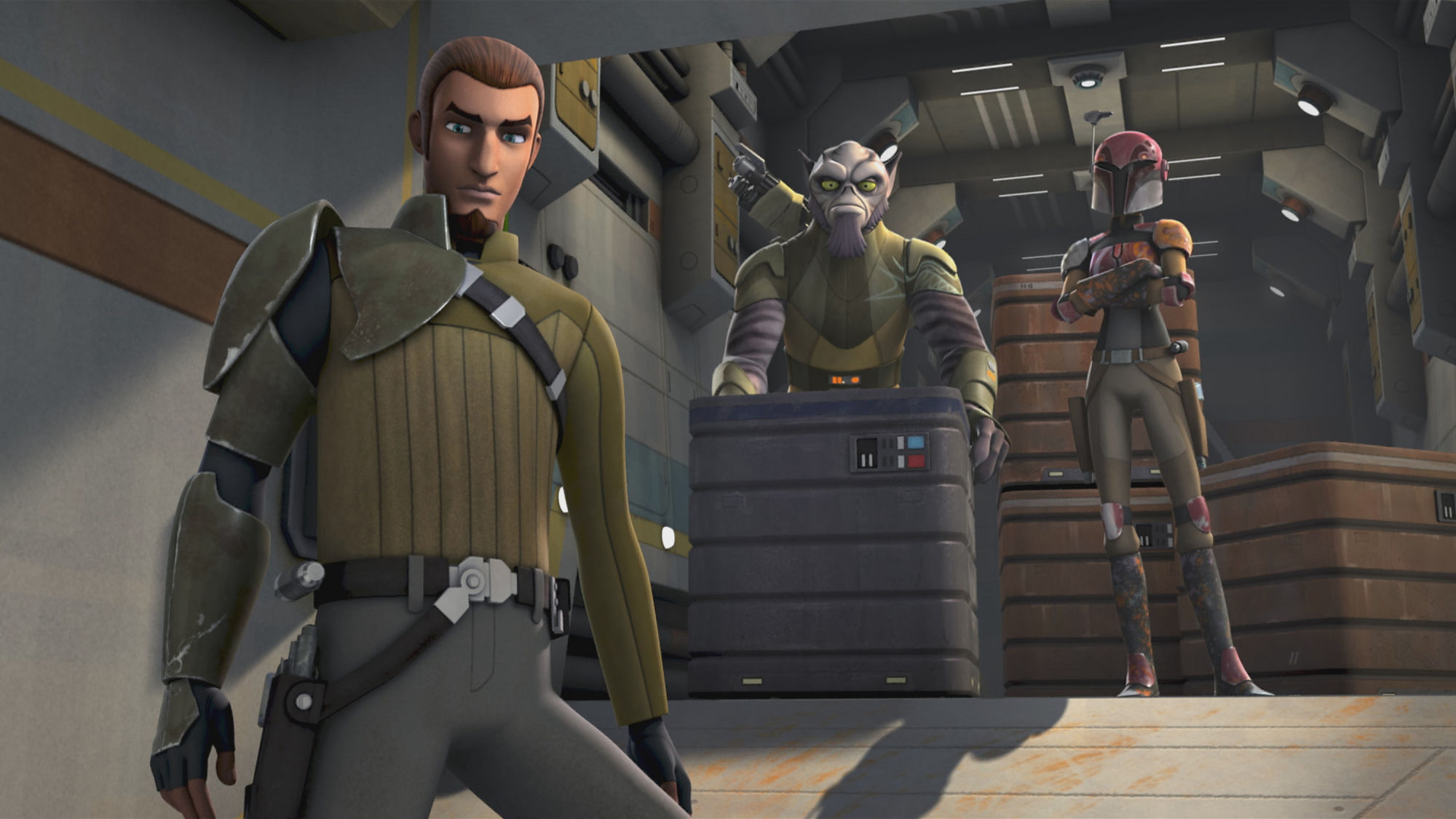 The show kicked off with a special two-part preview introducing us to the core cast and hints at the numerous subplot possibilities. Ezra Bridger (Taylor Gray) is a pre-teen orphan who steals to survive and for thrills, but he’s starting to exhibit a connection to The Force.

That connection leads him to a starship crew attempting to strike back against the Empire. Kanan Jarrus (Freddie Prinze Jr.) leads the ragtag collection of the hulking Zeb (Steve Blum), the Mandalorian Sabine (Tiya Sircar, “The Internship”), pilot Hera (Vanessa Marshall, “Justice League: Crisis on Two Earths”) and their less than friendly astromech droid Chopper. 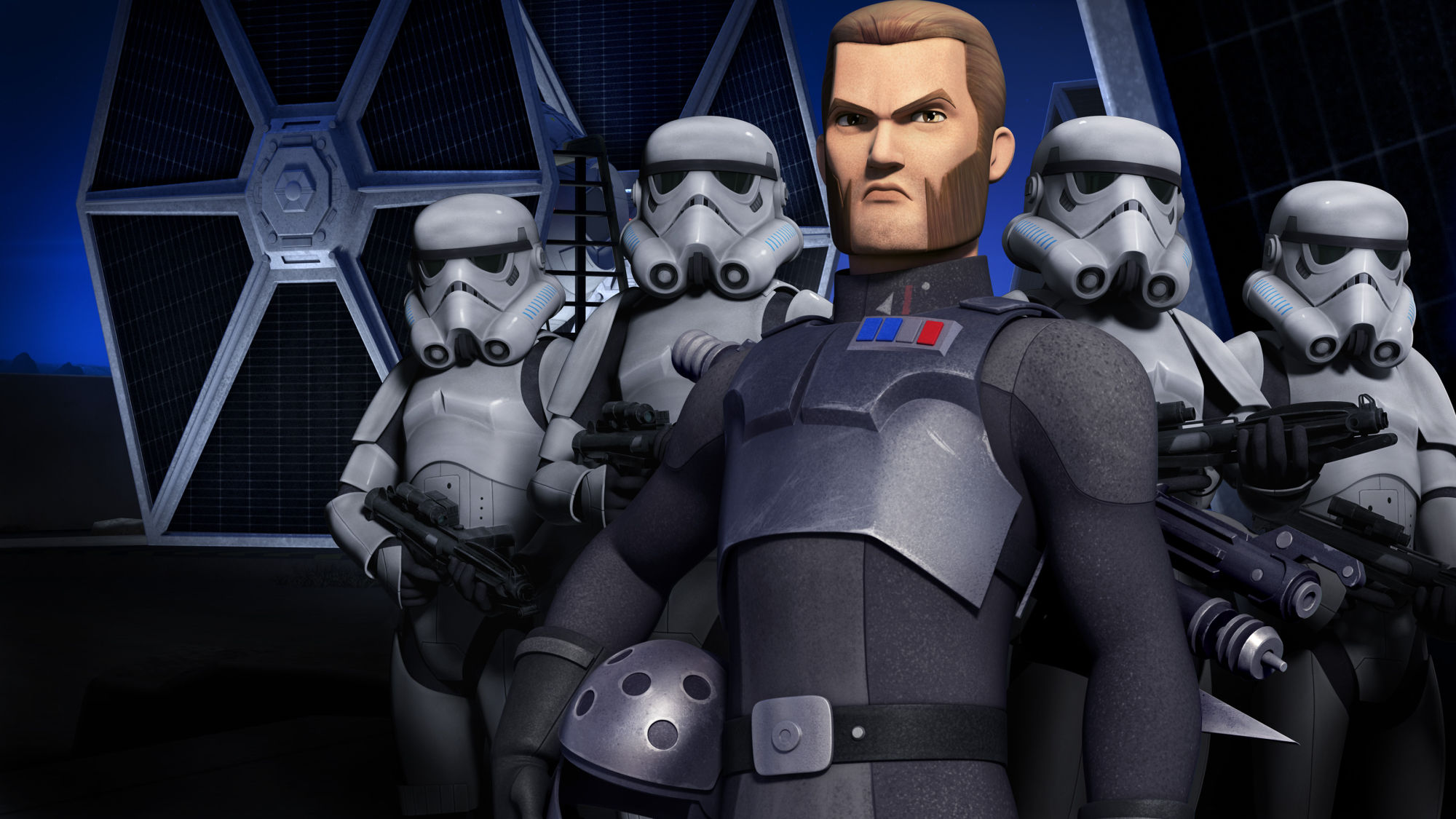 Ezra tries to cut in on the group’s Empire raiding efforts and winds up joining them on a mission to free a group of captive Wookies. For the bulk of the two episodes, Ezra is the somewhat annoying audience surrogate while Kanan is the wiser, more confident character in a swap of the Luke Skywalker/Han Solo dynamic in the original trilogy. The crew’s latest raid attracts the attention of Imperial Agent Kallus (David Oyelowo, “Lee Daniels’ The Butler”), who is determined to quickly bring down this insurgent faction.

While the TV series “The Clone Wars” was entertaining, it could never fully shake that feeling of treading water as there was only so much the creators could do with the property. We knew Anakin, Padme, Obi-Wan, Mace and Yoda had to survive the show relatively unscathed as their fates were already tied to “Revenge of the Sith” so there was never any real threat. 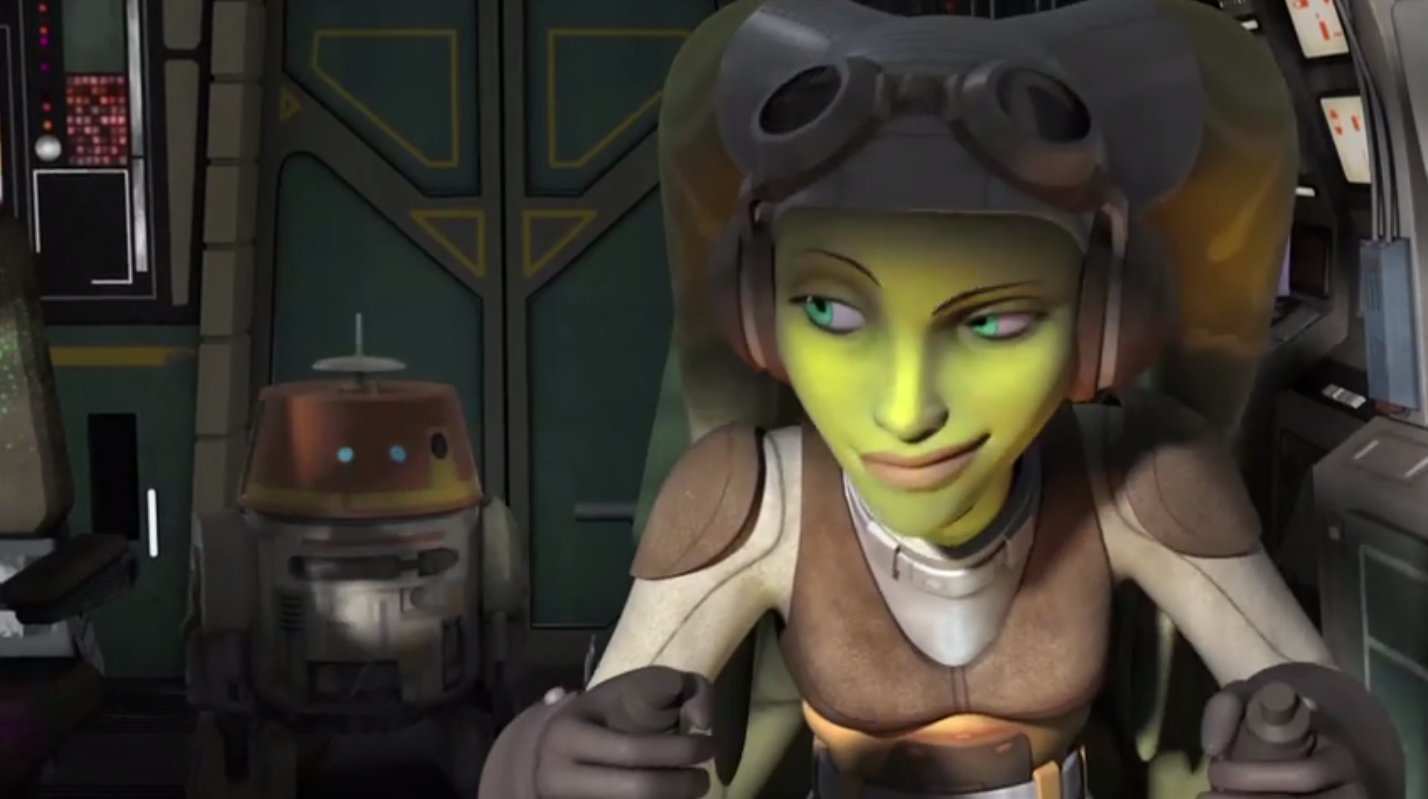 “Rebels” provides a welcome sense that anything truly can happen with the characters. Kanan or any of his crew could get killed off Roy Fokker-style midway through the series or they could still be around to make an appearance in “Episode VII.” The possibilities are boundless and since there’s no established endpoint for the characters, those suspenseful moments carry a lot more weight and uncertainty. The show will be all the better for it if the preview is any indication. And with the tease of main series baddie, The Inquisitor (Jason Isaacs), the show looks to have a wealth of unpredictable scenes in store.

There were a handful of scenes that “felt” like Star Wars — maybe it’s just the dynamic with the Empire being the dominant presence and the Rebels as the underdog, but it’s an aspect that was missing in the prequels and “The Clone Wars.” 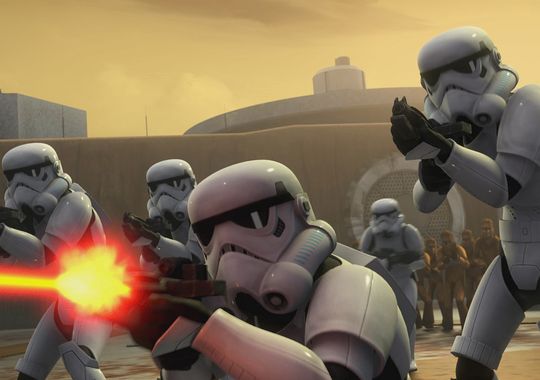 Character designs are slightly more stylized than “Clone Wars,” with numerous nods to the concept art of Ralph McQuarrie’s original Star Wars visuals. The animation is crisp with the Stormtroopers in particular looking so clean they almost seem like live-action. The fight scenes are well staged and the Stormtroopers are still treated like disposable fodder so there’s no issues with suspect aim and the bad guys just being knocked out.

Executive producer Simon Kinberg has already announced we’ll be seeing characters from the original trilogy, but “Rebels” looks solid enough that random cameos won’t be necessary provided it simply retains the same charm and sense of amazement of its OT inspiration. At least so far, the Force is strong with this impressive new entry in the Star Wars universe.