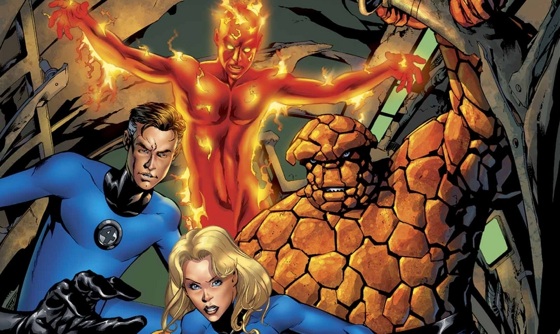 Marvel CEO Isaac Perlmutter wants to bring the Fantastic Four back to Marvel Studios. 20th Century Fox Studios recognizes that even crappy, poorly received comic book movies like its Fantastic Four films will stumble into a decent payday, at least on the worldwide front if not domestically, and refuses to sell.

So Perlmutter, also Disney’s highest single shareholder, is doing the grown up equivalent of holding his breath until his face turns blue — he’s cancelling the Fantastic Four comic.

According to Hachette, Marvel’s bookstore distributor, FF, the comic is being cancelled with June’s solicitation for Fantastic Four: The End Is Fourever.

THE END IS FOUREVER! Witness the closing act on the First Family of the Marvel Universe! THE INVADERS meet the FANTASTIC FOUR as the hunt for REED RICHARDS and the missing kids of the FUTURE FOUNDATION continues. Meanwhile the mastermind behind everything unveils his ultimate plan. But how does FRANKLIN RICHARDS factor in? And how does this all lead to…The END?! Collecting FANTASTIC FOUR #642-644 and the Triple Sized Final Issue 645! 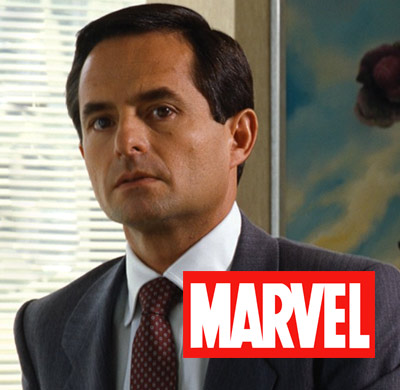 But it’s not Marvel, Marvel Studios or Fox that are getting screwed — it’s just us, the fans in this ugly, petty debacle that’s easy enough to fix for all parties. Here’s how this mess can be fixed.

Fox – The studio cranked out two FF films in the early 2000s. While there was some good aspects to the films, they’re a bit embarrassing compared to the excellent Marvel Studios’ films that started with “Iron Man” and continue up to this year’s “Guardians of the Galaxy.” Fox wants in on that big blockbuster money, but seems utterly clueless on how to do that with the Fantastic Four. They’ve got their hands full anyway with the X-Men license and that’s more than enough of a franchise that they don’t need to tie up the FF with mediocre films just to hold on to the license.

The studio let Daredevil go and Marvel Studios is using it as the foundation for its Netflix TV series block. Fox has enough to tackle with “X-Men: Apocalypse,” “Deadpool” and “X-Force,” Fox has three X-films slated over the next few years so it’s obvious its priority. Fox is being short-sighted and should take advantage of Marvel’s desire to get the FF back and “trade” some lower-tier Marvel characters like an “Alpha Flight” or “New Warriors.”

Marvel/Disney – The FF is the one Marvel property that desperately needs the Marvel Studios’ touch. Marvel Studios can make millions with “Guardians of the Galaxy” so even if it has to pay a king’s ransom to get FF back in the fold, it’s worth it. There’s no chance Marvel won’t make the money back and getting the FF back also assures that Dr. Doom will be available to fight the Avengers. That matchup is priceless.

Another problem is Perlmutter’s temper tantrum is essentially worthless to both Marvel and Fox as the actual comic books factor very little for movie promotions. “Marvel’s The Avengers” is the third highest grossing movie of all time, but no Avengers book is in the Top 10 books for September.

Mainstream moviegoers don’t care about the FF comic. They’re not reading it anyway. So FF comic readers, the creative team and comic book shops get burned while Fox and Marvel continue their worthless standoff that’s just making losers of all of us.