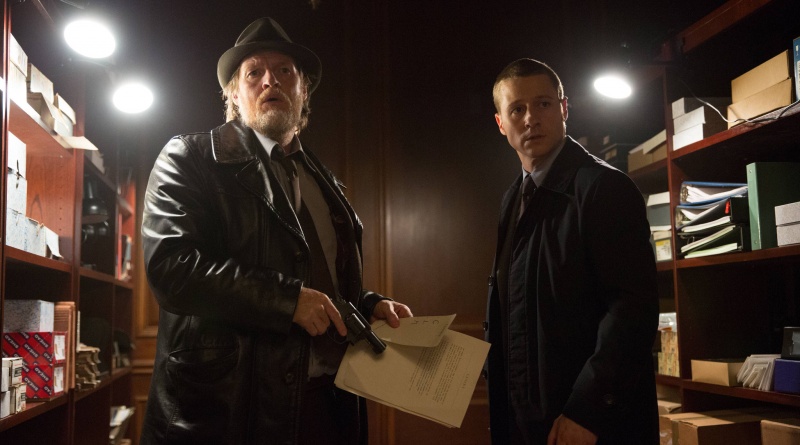 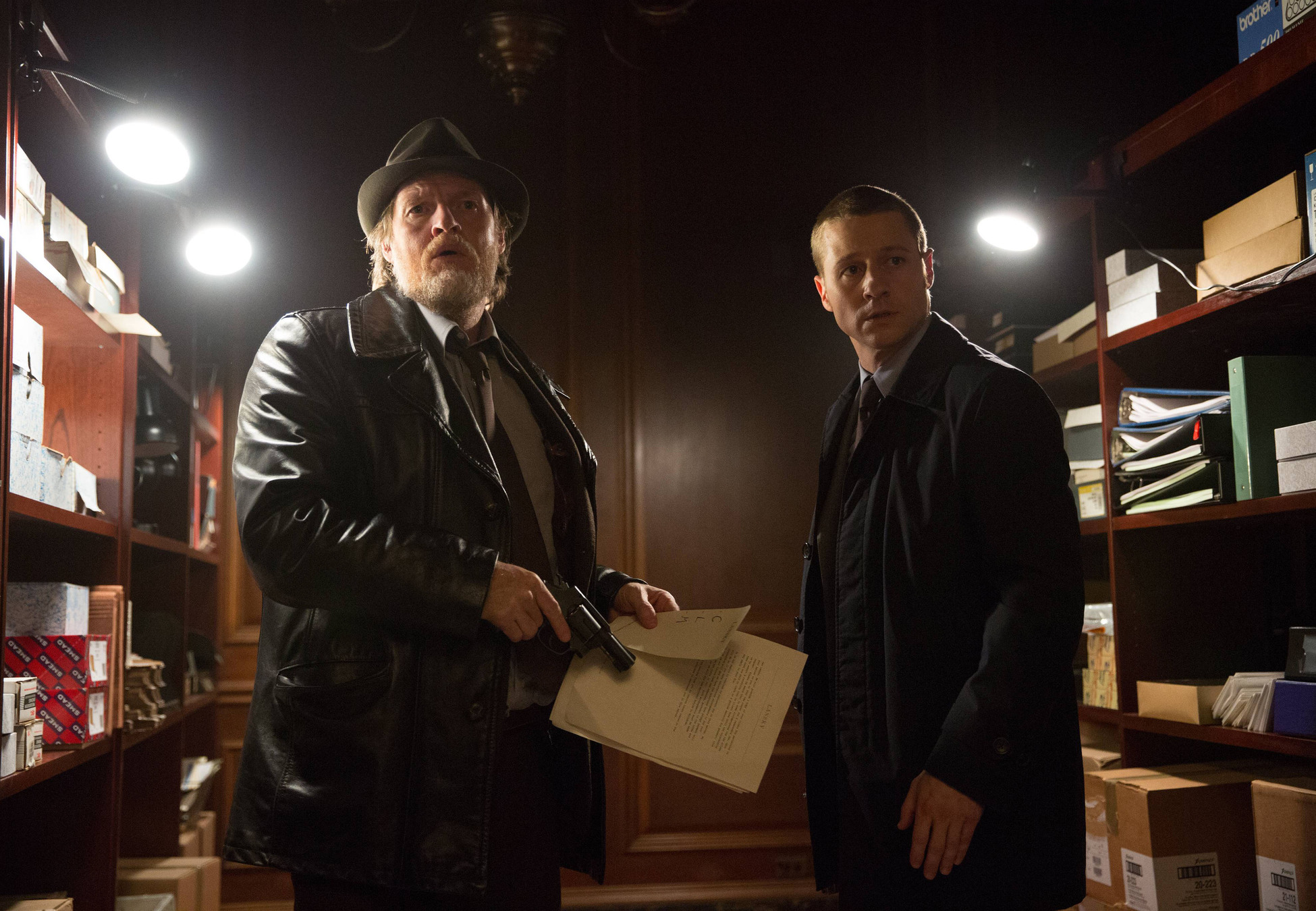 We’re already off to a promising start this week as it kicks off with last week’s mini-cliffhanger with Oswald visiting Gordon. Predictably, ‘ol Jim is not very happy about this pop-in guest and goes off on Oswald for potentially costing both their lives.

Cobblepot comes with an offer — the two can form an alliance to brace for the upcoming war in Gotham. The writers have backed Gordon into a corner as they haven’t given him a good reason why he shouldn’t make Oswald his stooge/informant outside of him being shady.

Oswald says there is a mounting power struggle and it’s all based on the power and money that can be gained around Arkham. Oswald pulls a Batman and vanishes while Gordon is momentarily distracted, which is all kinds of goofy considering Oswald can’t get around at all without limping. 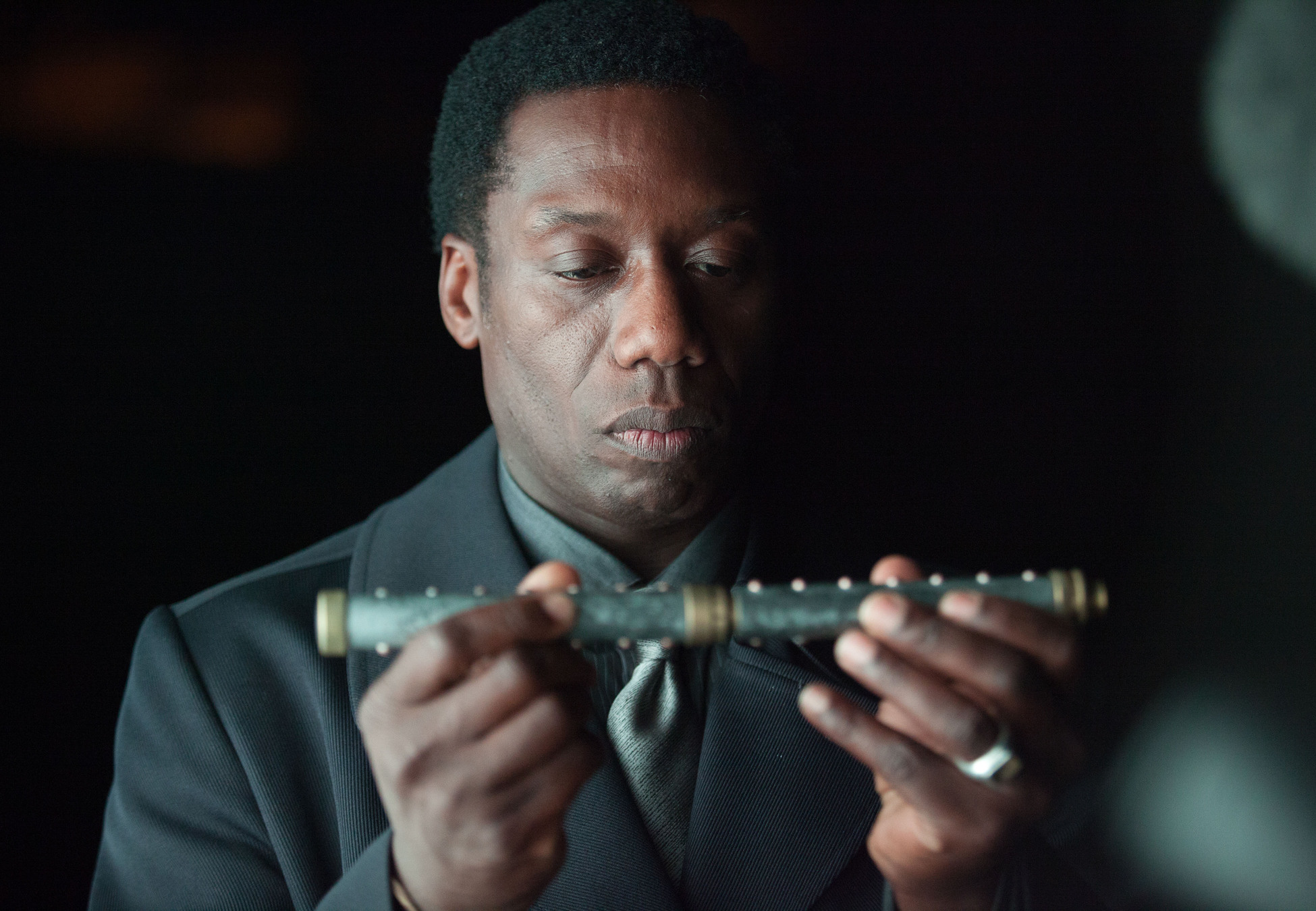 We get a shot of Gotham’s skyline and once again I’m reminding for all my many issues with the show’s pacing, character development and forced foreshadowing, this is easily one of TV’s best looking shows.

Cut to Councilman Jenkins and his aide are walking to Jenkins’ car when a “constituent” comes by. He pulls out a flute-size device and you know this is gonna end bad for them. Sure enough, it goes all “Christmas Story” and the aide’s eye gets stabbed out and Jenkins gets the same treatment.

As the only detectives in Gotham apparently, Gordon and Bullock get the case, which Gordon thinks may have something to do with Arkham.

One recurring issue so far this early season is the constant shifting around to all the cast and not letting one dominant story develop over the course of an episode leading to some very weak seemingly random subplots. This week, that unneeded attention is giving to Fish, who’s auditioning a new lounge singer.  In a silly bit, Fish wants to know if the girl is into guys or girls and wants the girl to pretend Fish is a boy and wants to see her seduction techniques. The girl is clearly thrown off guard and gives a weak massage. Fish says she wants a weapon for the upcoming war.

The mayor holding a press conference about a new affordable housing plan/mental health facility envisioned by Thomas and Martha Wayne that would take the place of former Arkham Asylum. Showing more of the repercussions of the Wayne’s murder on Gotham is exactly what we need more of in the series. Don Maroni is bragging about a land plan and Oswald is listening in from his kitchen perch.

Gordon pays a visit to Wayne Manor asking Alfred for the plans to Arkham allowing our first Gordon/Bruce interaction of the night. Gordon explains the power struggle between Falcone and Maroni could lead to a war in Gotham. Bruce wants Arkham to help others to honor his parents’ memory.

Another councilman has been abducted and taken to Arkham. The set design for broken down Arkham is phenomenal. It looks like the kind of place you would not want to visit. The assassin decides to roast this councilman in a barrel. 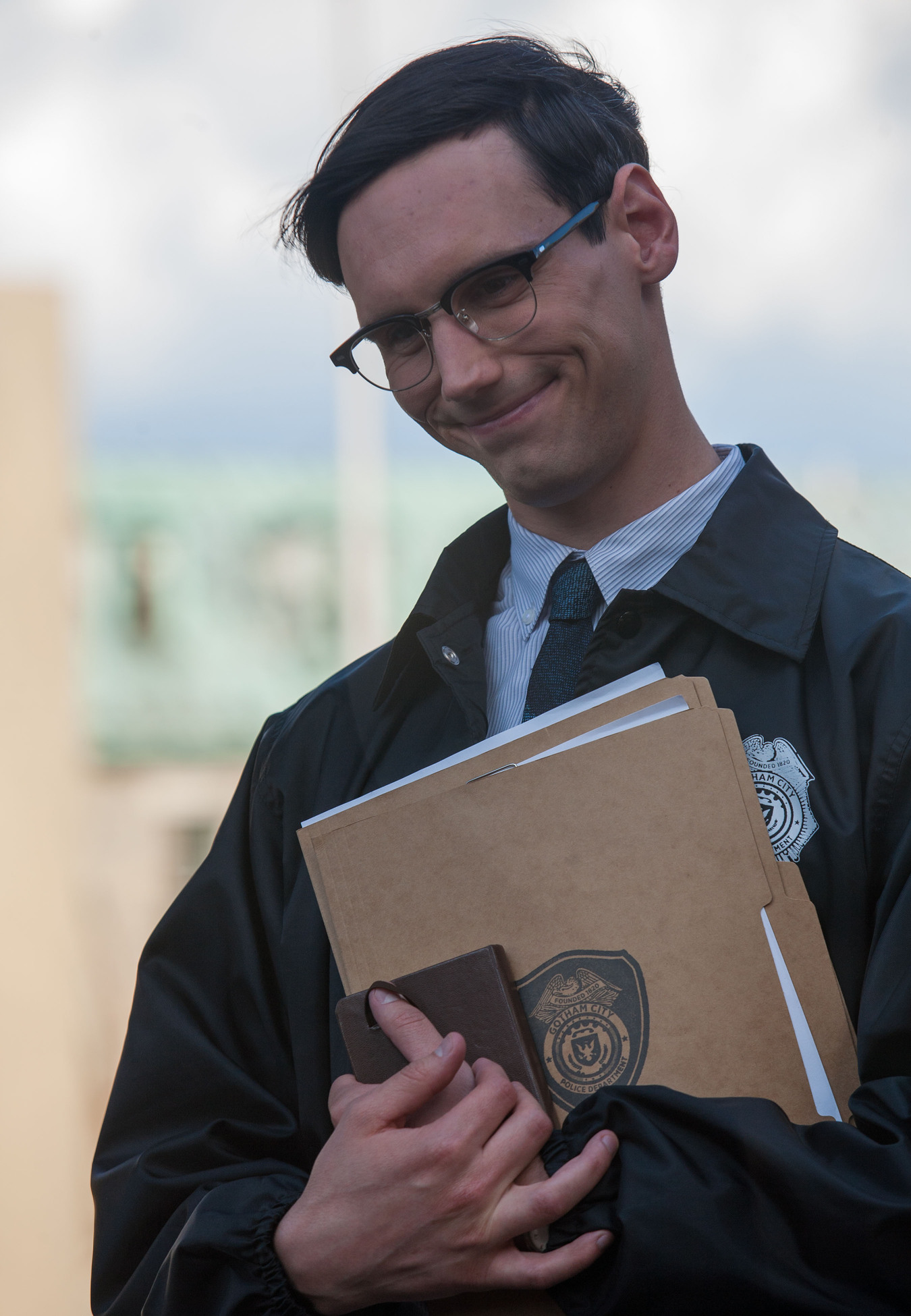 Nygma is on the crime scene and he tells Gordon and Bullock the autopsies indicate both councilmen were stabbed with the same weapon. Bullock has a lead in prison and the unnamed prisoner tips them off of the assassin’s workplace. This scene is a bit weird as the assassin is using a fake identity, but it still leads the cops to him. That’s kind of against the whole point of having a fake identity, isn’t it?

Bruce had a nightmare and he thinks whoever killed his parents is tied to the council members’ murder. Junior detective Bruce is a forced subplot. He’s a kid, not Batman or even Robin. We don’t need these token moments each episode to show that he’s going to be Batman. We get it!

Back at Maroni’s restaurant and some masked robbers shoot up the place. Maroni’s reinforcements come in to see the bodies and find Oswald hiding in the fridge and hey, he’s managed to save a bag of money. Hmmn, something seems a bit … fishy. 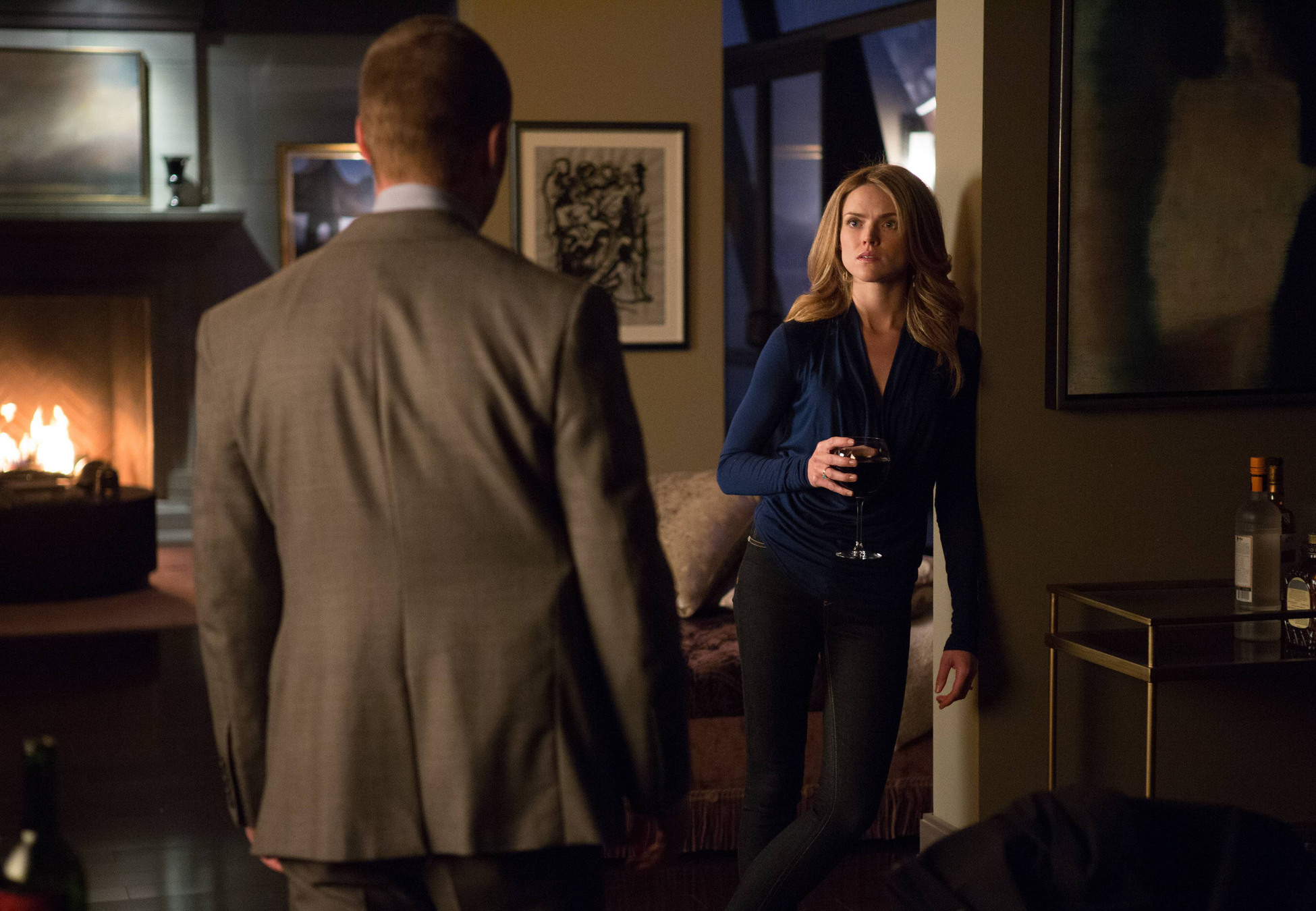 Shifting now to Casa Gordon and more medium-sized passion with Gordon and Barbara. She finally tells Gordon that before she was shacking up with him, she was spending her nights (bonus if you get the reference) with Montoya. Gordon says he’s not upset because Barbara was with a woman (he clearly is), but that she lied about it. What shade of black is your [Cobble] pot there, Jim?

Maroni is upset and is ready to go after Maroni, but first it’s time to reward Oswald’s loyalty with a promotion – he’s no longer washing dishes, but managing the restaurant.[irp]

Back at Fish’s spot and a new singer, Liza, is ready for her closeup. Fish orders Liza to kiss her and that seemed like a cheap ratings ploy than a needed story angle. Gordon realizes the mayor is the assassin’s next target and he arrives just in time to stop the murder with a last-minute assist from Bullock, who finally seems to be warming up to his partner.

At the station, Barbara apologizes for not letting Gordon know of her history with Montoya. Now that she’s come clean she wants Gordon to do the same starting with who Oswald is again. He goes Michael Corleone on her and tells Barbara he will not discuss his business with her. She gives him an ultimatum — let me in or let me go — so he lets her go. 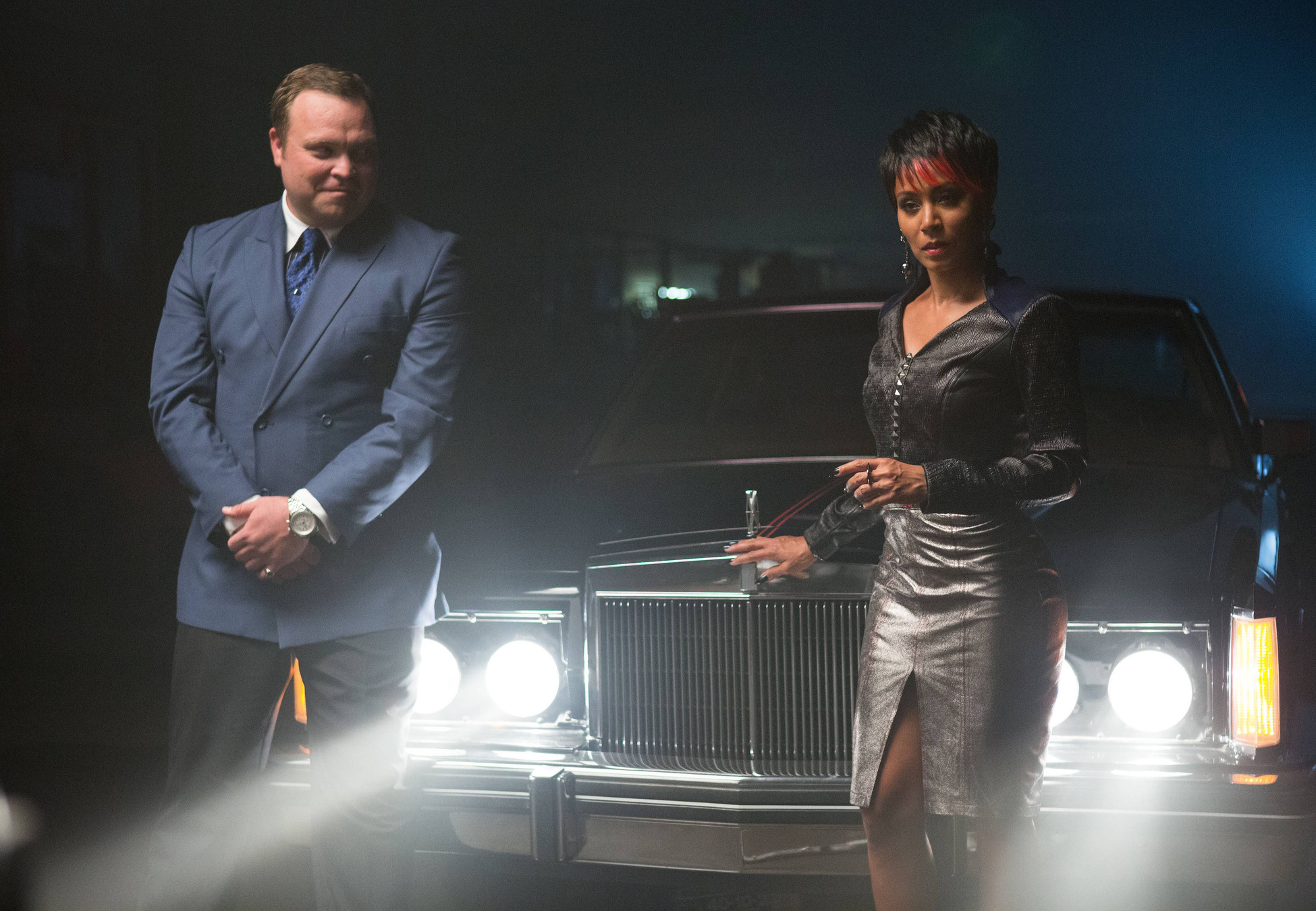 Fish has the girls fight in an alley for a fairly senseless and worthless scene. Not too surprisingly, Liza wins and asks when she starts. The gang who robbed Maroni are not Falcone goons, but some random thugs Oswald hired to help him move up the Maroni ladder. To thank his accomplishes, he offers them completely edible canoles. I like that Oswald is playing the gangs against each other, but this scene was a bit frustrating. What was Oswald’s backup plan if one of the robberies didn’t like canoles?

The mayor has decided to combine the two Arkham proposals. Fish and Maroni are both happy that Falcone loses some power, but Bruce is discouraged that Arkham will not live up to his parent’s dream. Gordonoffers a pep talk and says the mayor was frightened, but the compromise will save lives, but Bruce wonders can Gotham be saved? Good question Bruce. Good question…