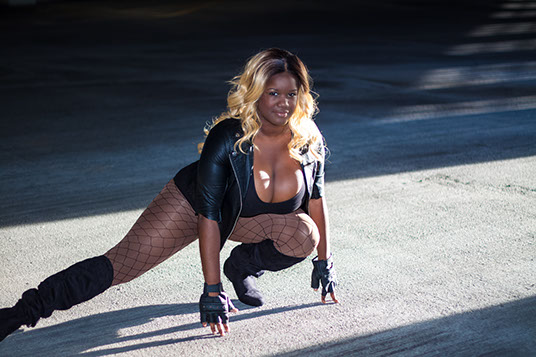 This week, we’re shining the spotlight on the very skilled The Venus Noire, who has just recently finished her rookie season as a cosplayer.

You wouldn’t be able to tell based on the quality work she’s done on her costumes, which she sews herself. She’s in the midst of a Black Canary cosplay that’s already shaping up pretty cool. 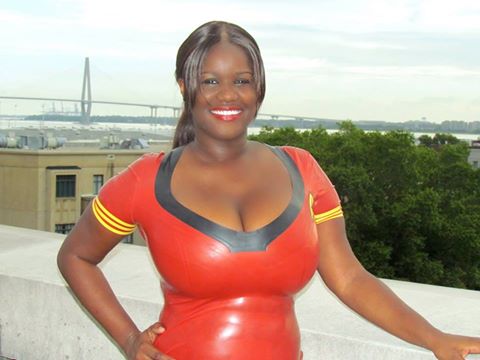 How did you get into cosplay? I’ve always been into comic books and sci-fi but wasn’t really familiar with the convention scene. A friend told me about Dragoncon and how much fun it was so we decided to go last year (2013). He suggested I wear a costume for at least one day since the folks who come to Dragoncon really bring it in the costume department and it would just be a fun thing to do. I started looking for costumes shortly after we bought tickets and kind of just got sucked into. 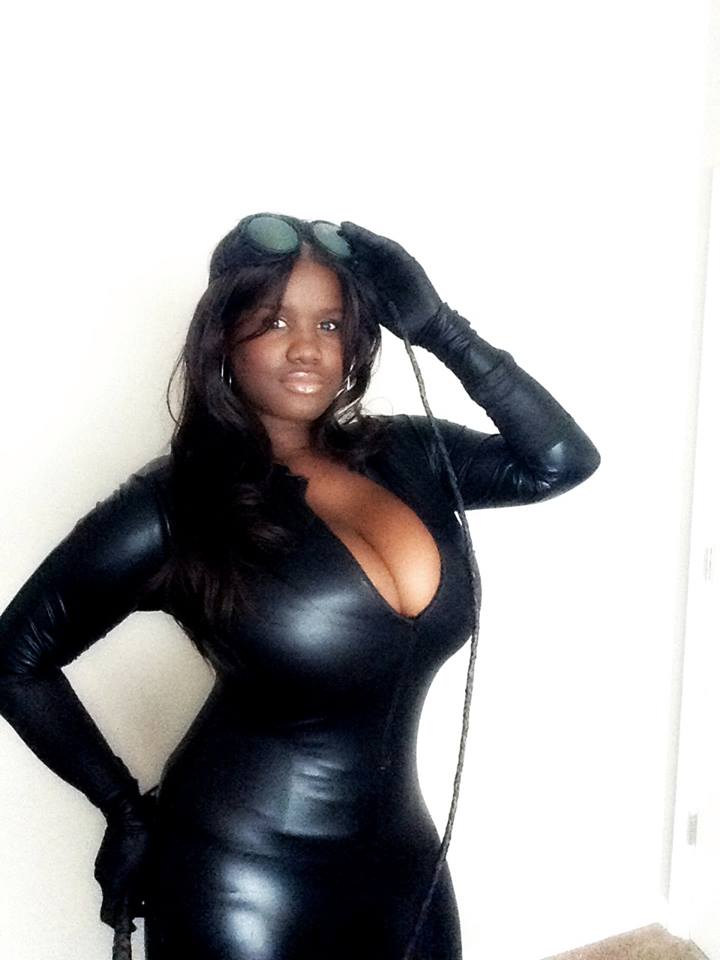 How long have you been doing it? I’ve been cosplaying for a little over a year now. I’ve learned so much about costuming in this period of time, so many cool new techniques as well as getting better with the basics.

What was your first costume? My first costume was a latex starfleet dress. It was made by Shhh Couture Latex. I remember seeing a model on tumblr wearing a latex starfleet dress and just loving it. I’ve been watching Star Trek since I was a kid and there is something about latex that I find absolutely irresistible. So this costume was kind of perfect for me. The first costume I made was my Catwoman costume. It was my first bodysuit and I made plenty of mistakes but I was so happy to have made something so cool that I didn’t really focus on them.

What’s been your favorite? My favorite would have to be my Wonder Woman costume. Wonder Woman is such an icon and anytime I wear that costume I feel like a million bucks. There’s something about how kind and loving she is but how she’s also able to be devastating that I love. I’m actually in the process of upgrading it a bit. Making a new breastplate, belt, and redoing the bracelets. The first time I used craft foam covered in fabric but this time I’ll be using worbla. Which is something totally new for me but I think will make the costume look amazing. I absolutely love the costume now but after a few upgrades I’ll probably be wearing it everywhere; to the grocery store, work, bed, movies.

What was the hardest costume you’ve done? The hardest costume I’ve done would be my Power Girl costume. Making it was easy but actually wearing it was tough. When I decide to make a costume I Google images of the character and when googling Power Girl I found a ton of absolutely amazing cosplays. Women who were statuesque, blonde, and looked like they just stepped out of a DC panel. So I got really nervous that there would be comparisons and I would fall short. But I don’t cosplay for other people, I cosplay for myself and in the end I got to make a costume I’m proud of and got to pay homage to a character I love. 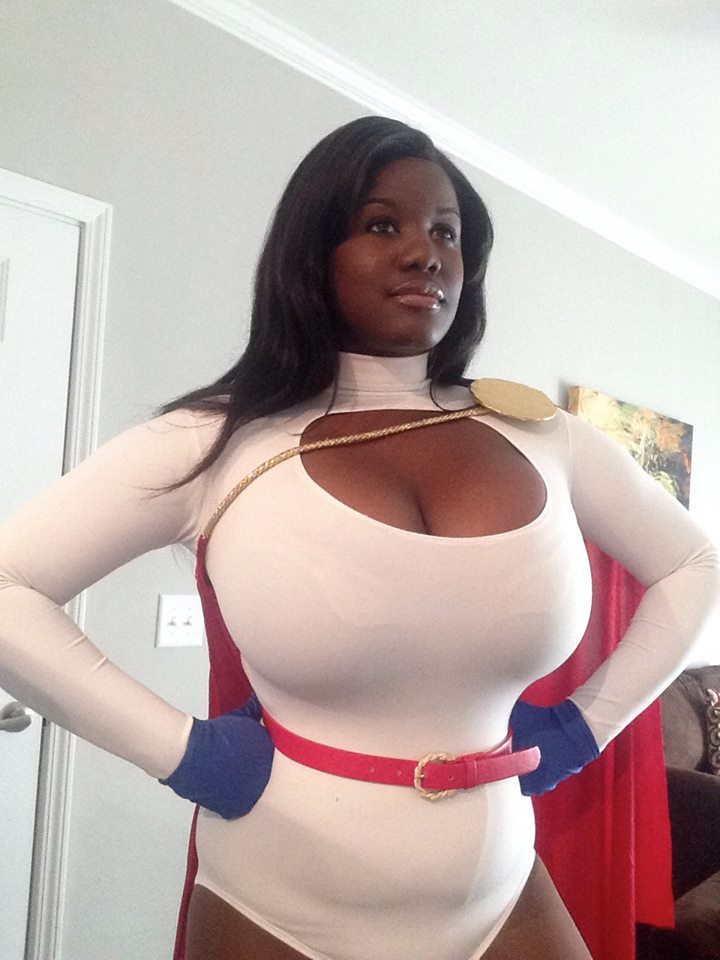 How much time does it take to make an average costume? It depends on the costume. I’m still really new to sewing and costume making so I tend to research quite a bit before I even cut the fabric. The fact that I work a full time job and like to hang out with friends also extends the time it takes to make a costume.

How much money do you typically spend on your outfits? As little as possible… My parents are accountants so I grew up appreciating frugality. I clip coupons, always check to see when Hancock and Jo-Ann are having sales and if I have stuff around the house that I’m not using that I can incorporate into a costume I do. On average a costume will cost thirty dollars or so.

What makes it so rewarding? The sense of community with other cosplayers makes it all worth it. I’ve gotten into this hobby and met some of the coolest people. There’s nothing better than making a costume and then being able to geek out with someone who’s dressed as a character from the same comic book, or tv show. 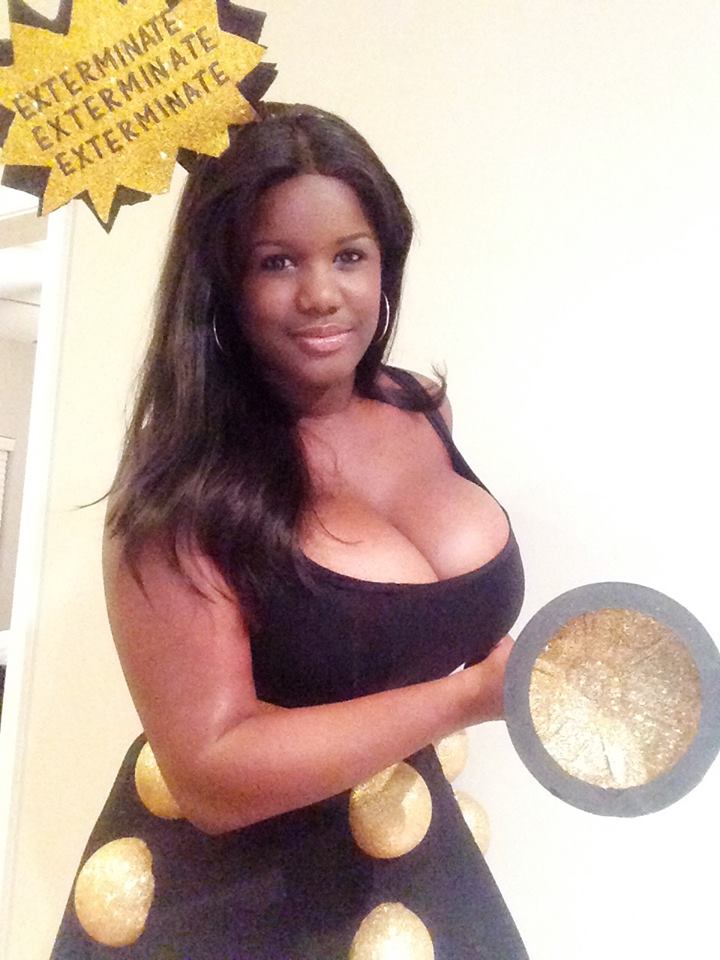 Do you have a regular group you partner up with for costumes? Sadly I don’t. I’d love to meet more local cosplayers and do some sort of charity work here in Charleston but for now it’s just me.

What would you say to people who have thought about doing cosplay, but haven’t quite worked up the nerve yet? Just go for it! It’s so much fun bringing a character you love to life. There are of course some jerks in the cosplay community but there are also some really extraordinary people who will be more than happy to help and cheer you on.

Do you have a website people can check out more of your costumes? www.thevenusnoire.com www.facebook.com/thevenusnoire