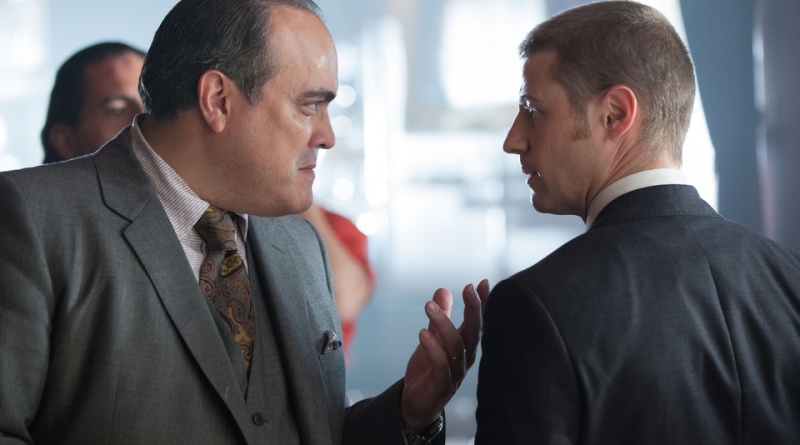 The nagging issues that have continued to plague Gotham since its start continued with tonight’s episode, but for the first time in the series, it feels like something actually happened that could lead to some very intriguing future episodes.

A guitar-playing bum gets a donation, but instead of spare change he spots a vial with a green liquid in it. As most citizens of Gotham are seriously overly trusting, the bum reads the label that reads ‘Breathe Me’ and takes a whiff and proceeds to go into a super-powered rage. And a serious case of the milk and cheese munchies.

Since it’d been a few episodes and we don’t want to forget her, Baby Catwoman slinks up to pickpocket a guy right in front of Gordon. That’s all we’ll see of her tonight, but just in case you forgot that A) yes, Selina is still in Gotham, B) she will become Catwoman and C) doesn’t have a whole lot to do besides pop in for random cameos yet. Gordon starts to chase her, but a store alarm proves a more tempting crime. 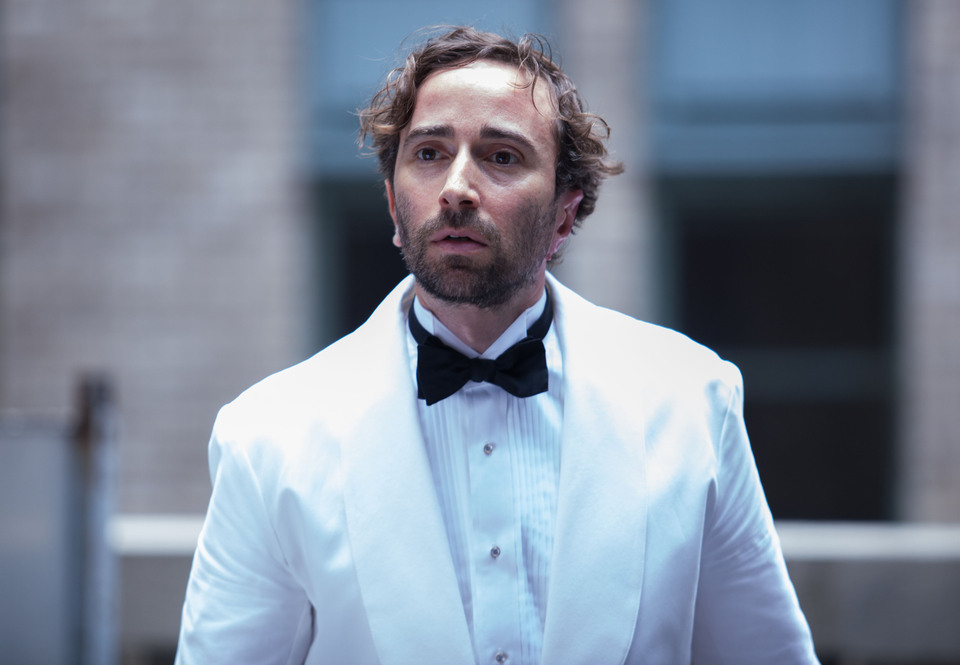 Bullock and Gordon find the store owner barricaded in a supply closet and he tells them the guitar bum went off and ripped the ATM off the wall and carried it out with his bare hands. Introducing super powers to Gotham is a losing proposition for the show. The souped-up individuals can’t be so powerful that Gordon and Bullock can’t take them out, but then it’s kinda dumb for a person to have super strength if they can’t take out two cops.

They track down the guitar player in an alley and he wants more of the drug, but upon realizing they’re trying to take him in, he picks up the ATM just in time for his strength to disappear and collapse on him like he was the Wicked Witch of the East. Oh Gotham, you and your ridiculously hokey gory death scenes for the sake of a gory death scene!

The stranger who gave the guitar player the drug is on the streets distributing it to more folks leaving Gotham in a fit of hysteria as the addicts of the drug, now known as Viper, are terrorizing the city. Nygma has traced Viper’s origin to a company called Wellzyne, a Wayne Corp. subsidiary.  I know the show is fascinated with Cobblepot, but I’d like to see more of Cory Michael Smith’s Nygma beginning his heel turn to The Riddler as right now, we’re just getting tiny doses of him each week without having a reason to care about his cameos. 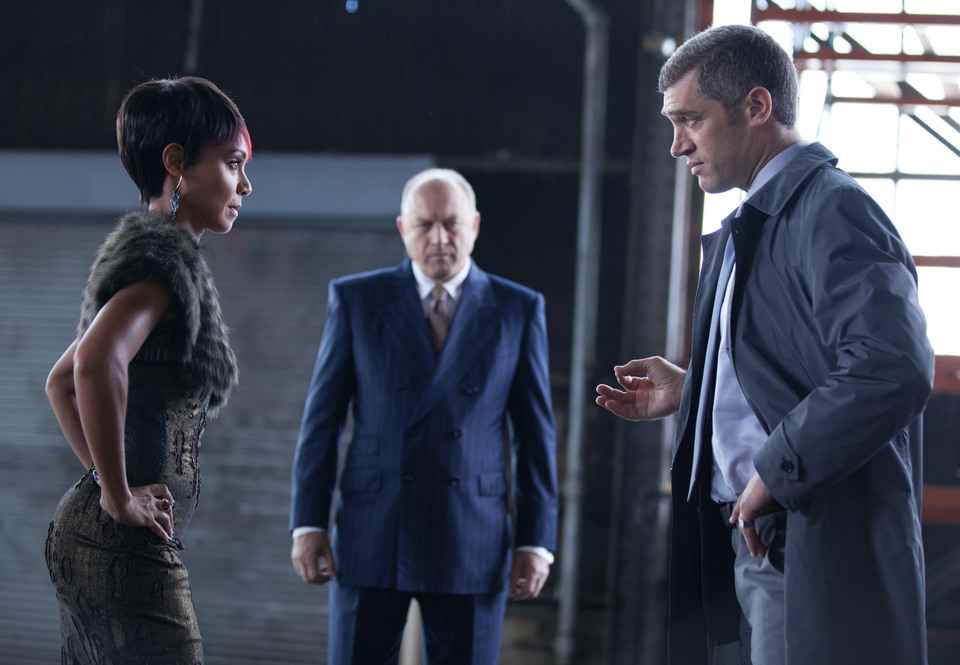 Meanwhile, Fish is trying to teach Liza the art of being a weapon. Although she’s getting raves with some critics, Jada Pinkett Smith’s Fish is the most cartoonish of all the characters and would fit in better with the ‘Bam! Pow!’ Adam West Batman than his more grimy, hard-edged show. In a meeting of Falcone’s crime family, Fish gets into a tiff with Nikolai, another lieutenant in the family, until Falcone has them squash it. Unless the second half of the season starts showing Falcone wield his power beyond threats, he’s going to be the most impotent crime boss I’ve seen in a long time.

At Maroni’s restaurant, Oswald is eavesdropping again on Maroni’s plan to further tighten the screws to Falcone. Frankie is getting annoyed with Oswald, but Maroni is amused and invites him to sit at the table. Oswald doesn’t like the nickname Penguin, but Maroni says it fits him. Maroni thinks Penguin could be a player in the game, and Penguin owns up to his former allegiance with Fish. For all of his careful manipulation behind the scenes, this seemed like a very ill-advised move for Penguin, which is confirmed as Maroni slams his head in the table.[irp]

At Gotham PD, a Wellzyne rep arrives and upon hearing a description of the damaged ear man, she tells Gordon and Bullock of a former employee, Stan Potolsky, who was fired after trying to cut off his own ear. I never really feel like Gordon and Bullock ever do any actual investigative work. They just luckily stumble into the right person or piece of evidence that neatly wraps the case. Before they can follow up, Frankie comes to Gordon and tells him to come see Maroni now or he’ll share the news of Oswald to everyone. 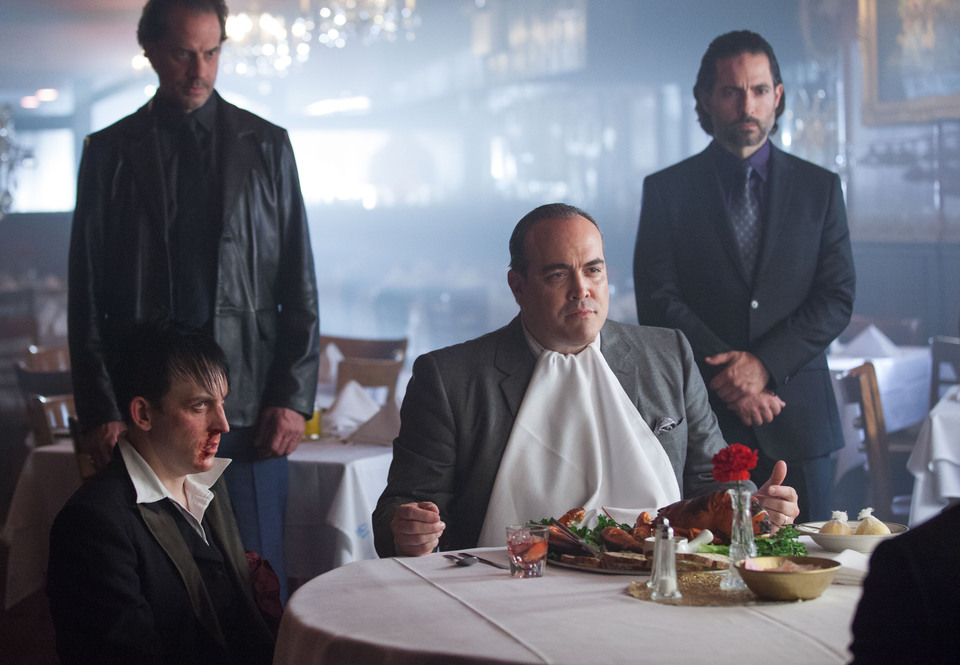 While Falcone started off interesting, David Zayas has quickly made Maroni the show’s more interesting gangster. He seems dangerous, yet far more charismatic so you can see why people would follow him. Gordon tells Maroni everything. You see Barbara? Jim just needed the right motivation to tell you everything. Maroni is happy – he has a new weapon against Falcone. Amazing how quickly Maroni was able to weaponize Penguin in a shorter time-frame than Fish with Liza.

Gordon and Bullock go through Stan’s personal item and find a picture with him and a Gotham University professor. Fortunately, he’s home and tells them the real scoop. Stan developed Viper as a war weapon, but the side effects were too dangerous and he improved the formula for the next batch. The finished product? Venom. This is a bit more subtle future Batman villain reference (regarding Bane) but I’m still not getting the point of all these post-Batman foreshadowing scenes. The professor is #TeamStan all the way and takes a whiff of Viper and attacks Bullock, but this week, Gordon makes the save and they’re able to get a dying confession of Stan’s whereabouts.

Bruce and Alfred attend a Wayne Corp. benefit so Bruce can determine if Wayne execs knew about this potential connection to Viper. He meets with a Wayne exec, Molly Mathis, who a bit too quickly insists Wayne Corp. knew nothing about it, but since Bruce is a junior detective, he misses the obvious cue. Stan’s in the kitchen with a keg of Viper ready to unleash it on the party-goers. 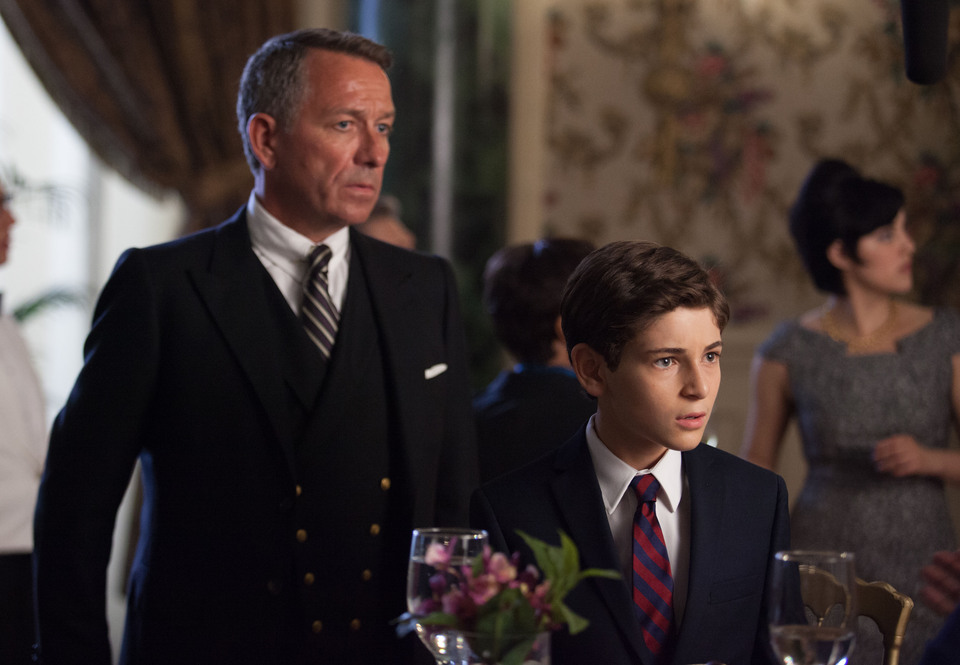 Stan decides going through the ventilation system via the roof is a better delivery method — I’m always partial to floats in a parade myself, but whatever works for him. Question: Why didn’t Stan lock the door? Gordon confronts him and in a moron moment, shoots the Viper tank letting the gas spew out right in Stan’s face. For some reason, Stan is immune and does not get super strength. He tells Gordon to go to a warehouse where all will be revealed and in very anti-climatic fashion, just jumps off the roof to his death. In a welcome bit of restraint for the show, we don’t actually see Stan wiped out on the pavement below.

Gordon and Bullock go to the warehouse, but nothing is there. Molly is watching them from a distance and reporting to someone else. At Wayne Manor, Alfred decides to bond with Bruce on his level and help with his investigation, putting the first real smile on Bruce’s face all season. It was a nice moment and a nice glimpse of their relationship going forward with Alfred going along with Bruce’s obsession after becoming Batman.

Penguin, Frankie and Maroni are in a getaway van watching as Maroni’s men rob some of Falcone’s men, proving Penguin’s info was legit. This is a good combination of characters and this will be a fun dynamic to watch play out through the season. Fish is in bed with Nikolai as the two put on a show so Falcone wouldn’t suspect anything. If Falcone was remotely competent this would be more surprising, but that hasn’t been the case that often this season. 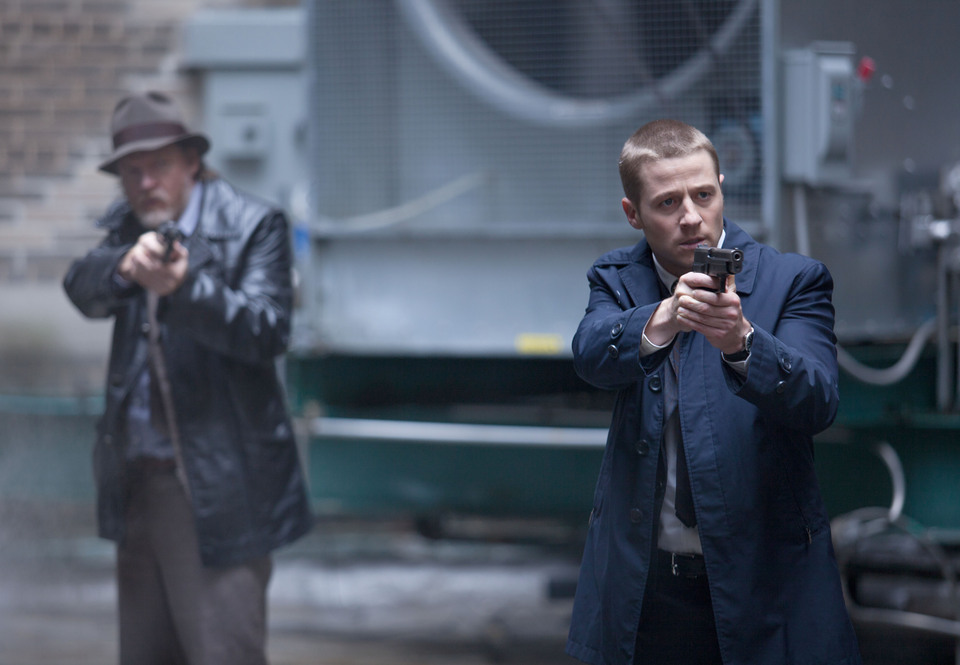 Falcone is at the park alone when Liza strolls by humming the aria Fish taught her. Ah-ha. It was the same tune Falcone’s mother played for him. Falcone is fascinated with the jail-bait and her song. Don Corleone (pick one) would be very disappointed with Falcone being so easily played for a putz. But now at least we’re getting somewhere.

Now the big question for next week is how they’ll follow up on it? Who do you think will win the Mob War and how will Gordon and Bullock play into it?