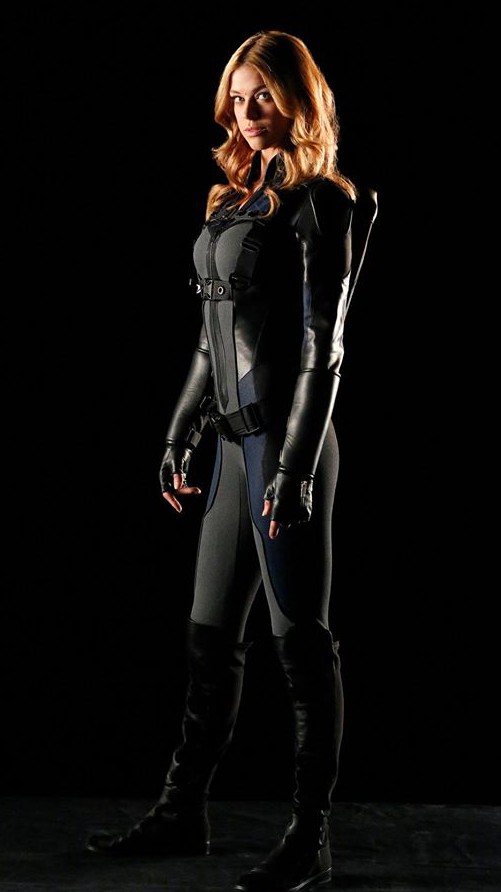 We’re not gonna have to wait long for Adrianne Palicki’s Bobbi Morse aka Mockingbird to get a costume on “Agents of SHIELD.,” well…kinda.

And look, her hair is even a bit blonder too so I have one less thing to gripe about, but there are a few glaring omissions from the comic look. 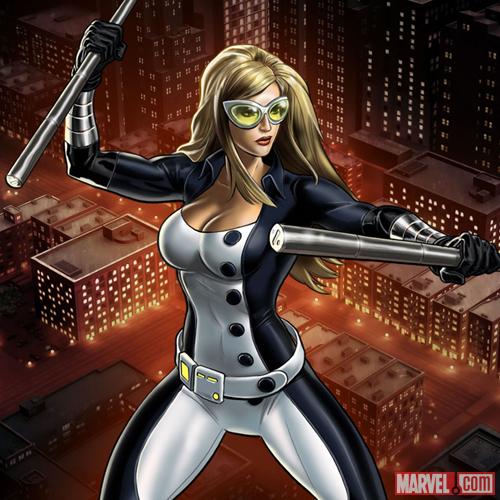 “She’s got rivets that are in the straps across her chest, and those are there as a tribute to the buttons that go down the side of her [most recent] costume [in the comics], as well as the colors that we were using, [which] are a tribute as well. Her colors are navy blue and white with a little bit of black in there, [but] white would not have been pretty on camera so we changed it to grey. [We] still tried to maintain the original style of what was in the comic book because [with] that white panel that goes up her center and down her legs, [so] we’ve mirrored that in her costume but in gray instead of white.”

More than most characters the white against the black is what sets Mockingbird’s costume apart. Wonder if a more sky blue would have worked better instead just so Mockingbird doesn’t just look like she raided Black Widow’s closet. And adding the glasses would help a bit more as well. What do you think?