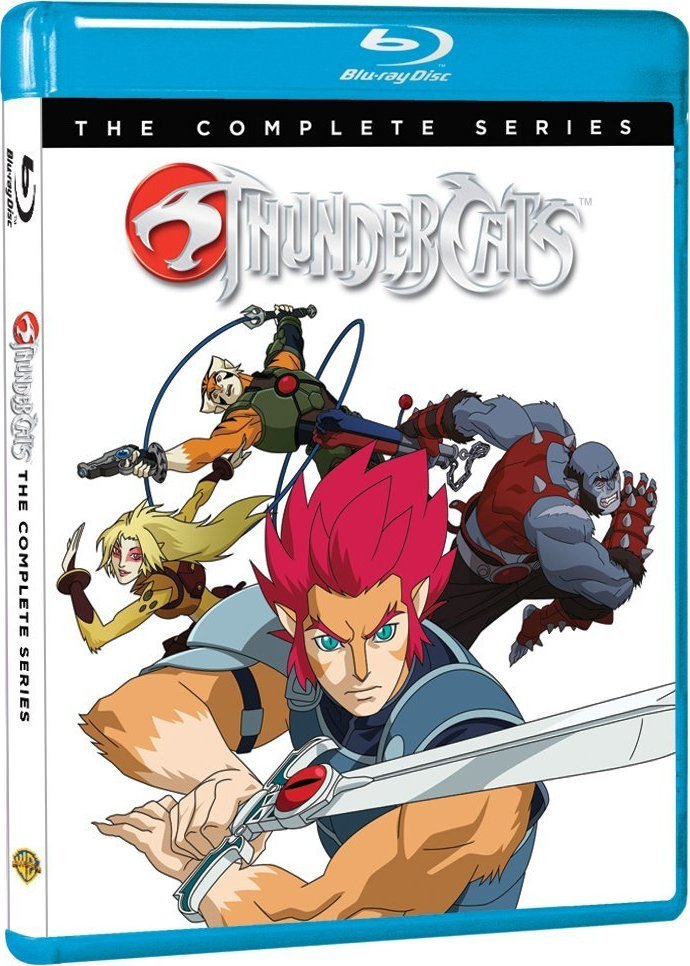 A generation after becoming beloved animation icons, the mighty survivors of Thundera returned in 2011 for a bold re-imagining that mixed the best of the past with the boldness of the new. And in “ThunderCats: The Complete Series,” fans get Lion-O, Tygra, Panthro, Snarf, Cheetara, Wily Kit and Wily Kat bringing the battle cry of “ThunderCats Ho!” for all 26 episodes in “sight beyond sight” 1080p HD on Blu-ray Disc – as they were meant to be seen.

After the destruction of the cat civilization of Thundera by the evil Mumm-Ra, young Prince Lion-O (voiced by Will Friedle) leads a small band of survivors to safety. As the threats of Mumm-Ra ring in their ears, these determined cats know what they must do: find the Book of Omens. Using his powerful Sword of Omens, Lion-O guides his friends, facing vicious foes and making fantastic new allies while racing towards a showdown with Mumm-Ra (Robin Atkin Downes).