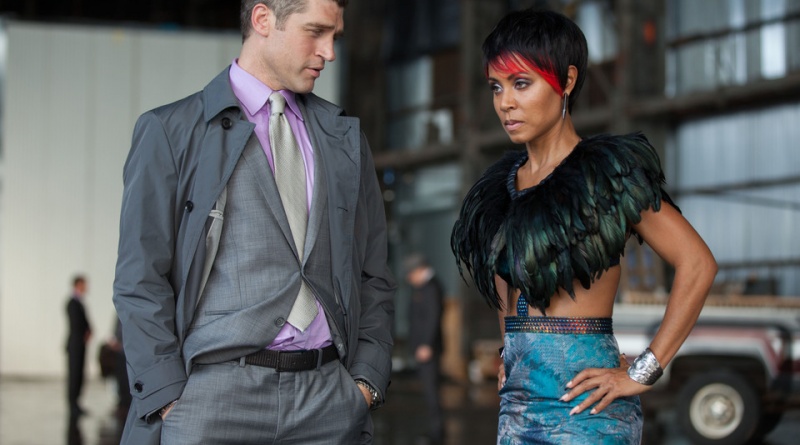 Don’t look now, but Gotham may have finally turned the corner to becoming the interesting pre-Batman show we’ve desperately wanted in easily this season’s best episode featuring the two main characters finally striking back, the start of the gang wars and a shocking alliance is revealed.

Somewhat surprisingly, we don’t pick right up from last week’s cliffhanger where The Penguin came to Gotham Police Department to reveal that he was very much still alive. Instead, Penguin is walking along the streets guarded by two of Maroni’s men while Fish demands revenge.

At the station’s locker room, Gordon rushes to call Barbara and tells her to get ready to leave town. Bullock charges in and pulls his gun out, but Gordon quickly reverses the situation and asks for Bullock’s help in taking down Gotham’s top criminals. Bullock isn’t having any of it and walks off. 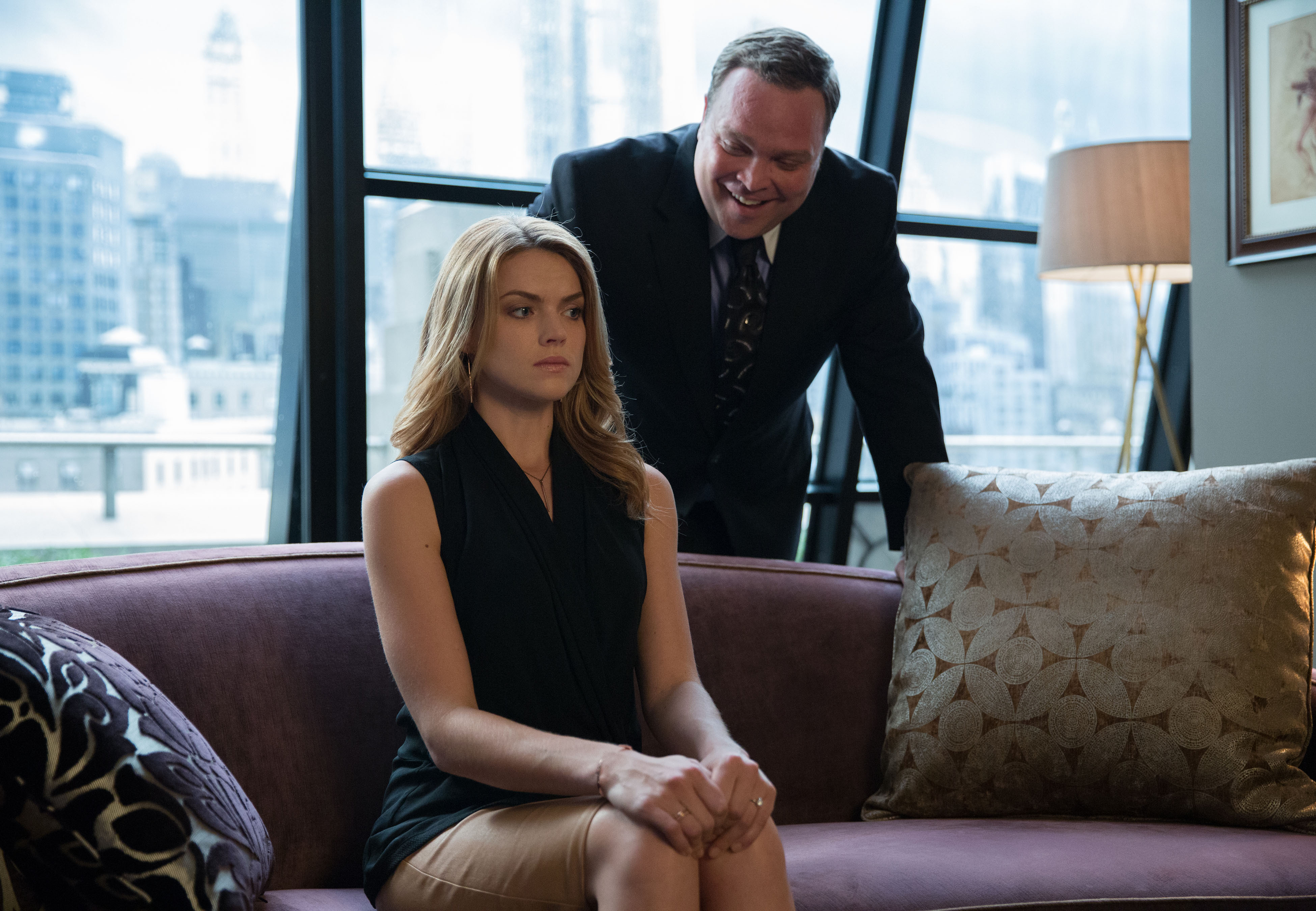 Gordon had the right idea, but his execution was a bit slow as Butch and another of Fish’s goons are already at Casa Gordon with Butch trying to use that old “you ever been with a crook?” line. Before Barbara can offer a far more interesting answer regarding her relationship history, Gordon comes in with his gun drawn. Butch tries to take charge of the situation, but Gordon is showing absolutely no punk trick tendencies right about now and shoots the second goon in the leg and pistol whips Butch. That’s easily the most bad-a$$ thing we’ve seen Gordon, or any other character for that matter, do on the show and it effectively showed that Gordon is not going down easily.

He’s not done though and goes to the police department ready to issue warrants on Mayor James and Don Falcone. His fellow officers — and Capt. Essen —  are shocked he’s there as if nothing’s happened.

Gordon probably would be more worried if he knew Falcone was having a meeting with his family members. Fish wants a clean sweep by killing off Gordon, Bullock and Penguin, but Falcone wants her to ask Maroni to give up Penguin. The Don is more preoccupied with the new chickens his supplier has brought in. Nikolai thinks Falcone is completely vulnerable now for a takeover, but Fish is concerned Falcone knows more than he’s letting on.

Before Gordon can finish processing the warrants, Victor Zsaz (Anthony Carrigan) comes to the station asking for Gordon. Carrigan absolutely nails the crazy unpredictable demeanor of Batman’s serial killer rogue, but it was a bit weird seeing him as a suit-clad, gun-toting mobster. Gordon figures Zsasz won’t try anything with 50 cops there, but he overestimates their loyalty as all but Essen run out after a quick threat from Zsasz. Shoot-out at the Gotham PD time! Zsasz and his female lackeys shoot and nearly finish off Gordon, but a lone cop distracts them long enough for Gordon to get free. Sadly, the cop isn’t so fortunate and they shoot her in the legs before turning their attention back on Gordon and shot him in the leg. Before they can make the kill, Allen and Montoya drive through and rescue Gordon. They’re finally useful! It’s a miracle! Showing some connection to the comic character, Zsasz kills the officer and pulls out a razor to cut another kill on his arm. 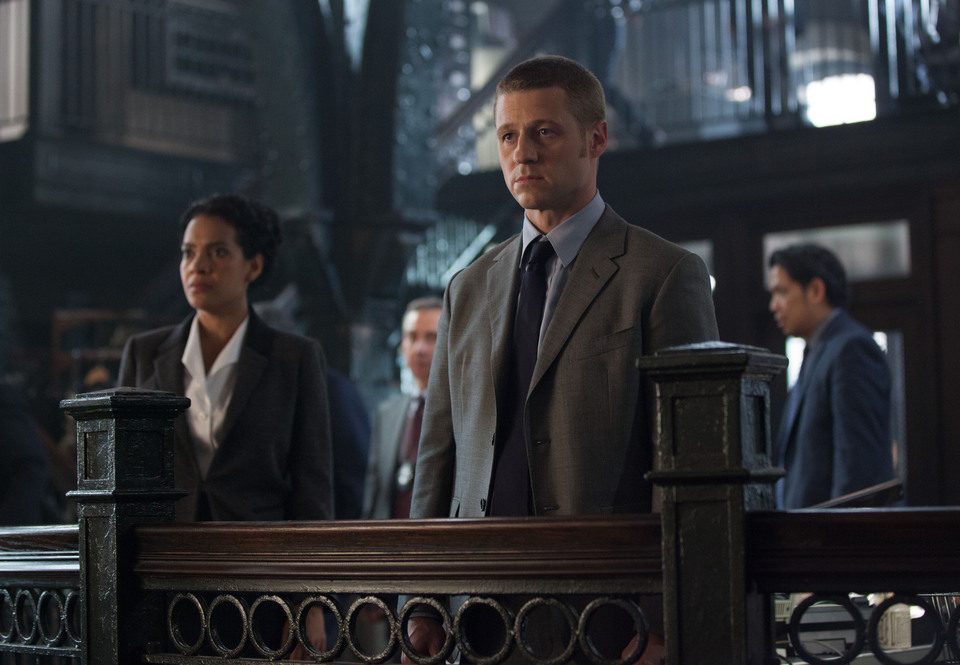 Gordon wakes up at a Dr. Leslie Thompkins’ (Mekia Cox) vet office. She’s done her best with his wounds, but he wants to head out right away. How boring would it be for a hero to actually say “You’re right. These wounds are crazy!! I’m gonna take your advice and rest for a week before I stop this criminal.”

Fish chats with Maroni, who makes Penguin do a wholly insincere apology. Fish gets a mild slice of payback as she scratches Penguin’s face for daring to call her “Fish,” a name only her friends are able to use. Again, David Zayas has been killer since being introduced as Maroni as he almost makes working for a mobster not seem like such a bad deal.

With Maroni’s insistence on not giving up Penguin, Butch and some of Fish’s men prevent a Maroni gun truck from crossing the bridge. To get to the other side, all they’ve gotta do is give up Penguin, who is slyly playing to Maroni’s ego and manipulating him into this conflict with Falcone’s men. 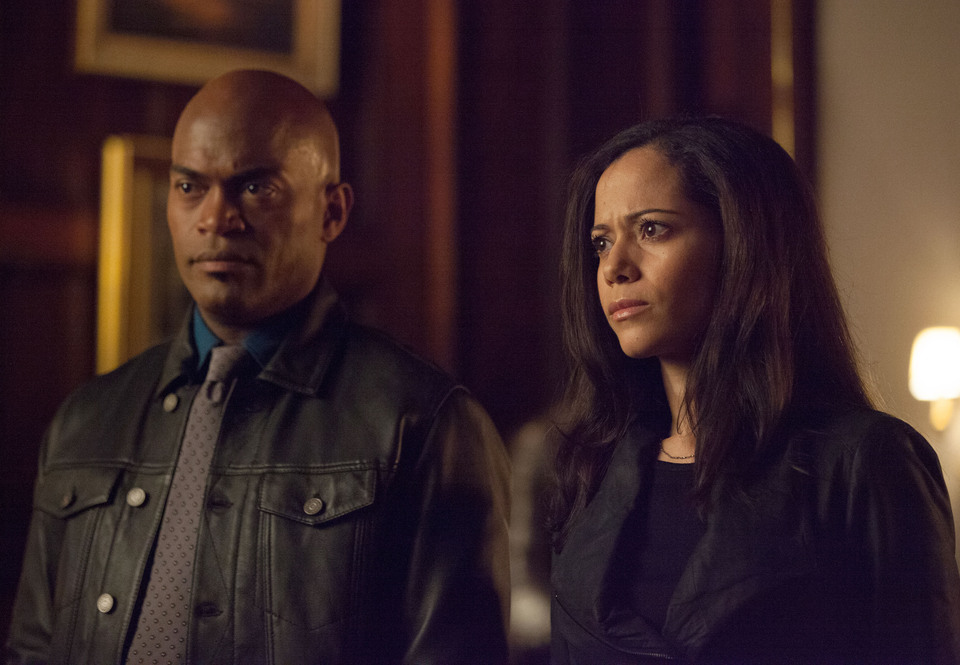 In a brief quiet moment, Montoya apologizes to Gordon for doubting him and he accepts her apology. Looks like we’re finally getting Montoya lined up as one of Gordon’s most trusted officers. Allen returns to the car, dragged to the window by Alfred. Ah, time for a stop at Wayne Manor. Gordon tells Bruce he may not be alive to find out what happened to his parents, but vouched for Allen and Montoya and their ability to solve the case. Unless of course some wino or criminal tells them someone else did it. In a nice moment, Bruce hugs Gordon in appreciation and hopefully this will end the Bruce/Gordon interaction until the season finale.

Penguin leads Maroni’s men to a Falcone hideout and they shoot up the place and kill Falcone’s men, including Nikolai. Maroni’s right-hand, Frankie, knows Penguin is trying to outsmart Maroni and is going to kill him before he can further poison their boss. Penguin anticipated the betrayal though and bought out Frankie’s men and they grab him so Penguin can stab him.

In a nice homage to “The Godfather,” Falcone and Maroni meet at a waterfront and arrange a truce. Maroni offers up a a piece of land, at Penguin’s suggestion and he can barely stop smirking at a simmering Fish.

Gordon isn’t ready to give up anything though as he’s loading his guns when Bullock comes knocking. Bullock’s armed — only with a hooker and his trusty flask — but he figures he’s gonna go out like a good guy and will go along with Gordon’s plan. This kinda seemed like an abrupt end to the “will Bullock walk on the side of angels?” subplot especially seeing as how Bullock was just questioning if killing Gordon in this episode would put him back in Falcone’s good graces, but Gordon desperately needed an ally and the audience has been awaiting this face turn from Bullock for weeks now. 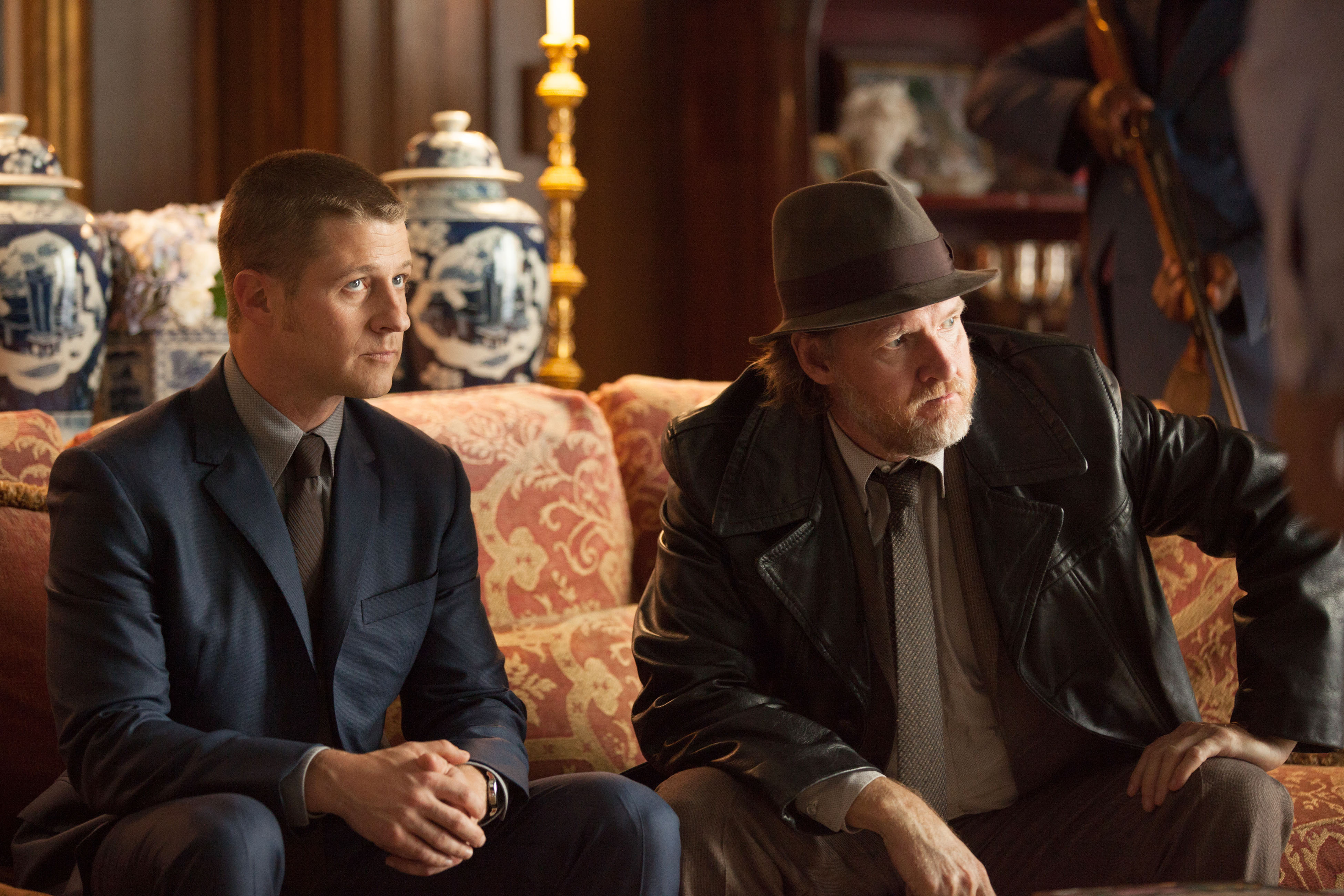 Gordon and Bullock arrest Mayor James, but have less luck trying to arrest Falcone, who wants Gordon to believe that Zsaz has Barbara and will kill her if Gordon brings him in. Barbara went to Falcone to plead with his life. No one could be that stupid to think the mob boss could be reasoned with, right? Oh look, there’s Barbara with Zsaz.

Surprising everyone, Falcone lets them go and tells Gordon he wants him to consider that Gotham needs his version of controlled anarchy. Back home, Barbara apologizes for her awful, awful logic.[irp]

Fish’s weapon, Liza, has finished baking muffins for Falcone, who remains resistant to her (jailbait) charms much to Fish’s surprise. Falcone goes to check on the chickens when Penguin walks up. The two reflect on their hidden alliance made in the first episode. Penguin said he had a secret to share, but asked if Gordon could be the one to kill him reasoning that Gordon was the only one with some morals who may spare him. Falcone agreed and Penguin goes on to say he will infiltrate the Maroni camp before dropping the big reveal that Fish is plotting against him. Falcone says everything is going according to their plan, even if he didn’t understand why Penguin asked Falcone to spare Gordon’s life. Maybe it was settling his debt? Or maybe Penguin thinks he can use Gordon later?

Emphasizing the mob wars proved a wise move this week. Falcone revealing he knows exactly what’s going on thanks to Penguin makes some of his decisions make a lot more sense now and Gordon now has some allies in his fight against Gotham’s corruption. This could be the episode we look back on as the turning point of the series and is definitely one worth catching if you missed it.