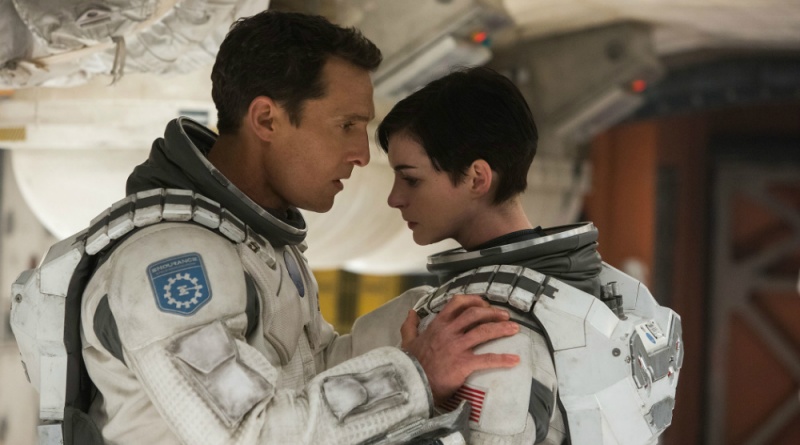 Interstellar is out of the world sci-fi drama

While Gravity was content to send viewers crashing back to Earth, Interstellar sends audiences soaring to the stars and beyond.

At times, it’s a bumpy and clunky ride, but the boundless imagination of Director/co-writer Christopher Nolan makes it one worth strapping into a theater seat to experience.

Nolan doesn’t operate on the same stratosphere as his peers. What makes Nolan such a brilliant filmmaker is his unwillingness to think small and settle when he can continually challenge himself and his viewers. Interstellar is no different in that regard, but this time it’s a lacking some of the fun of a typical Nolan blockbuster. 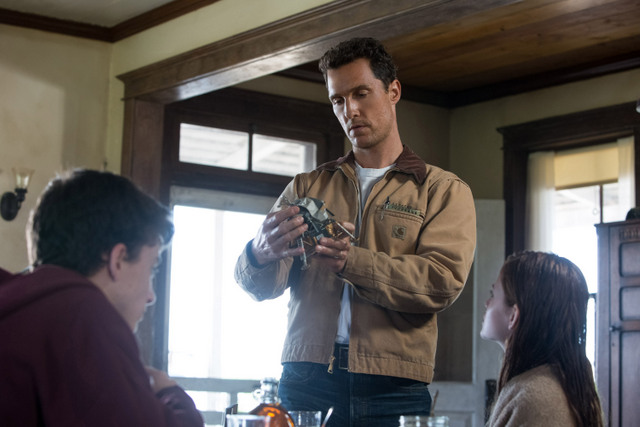 Earth is dying and its natural resources are slowly dwindling resulting in corn being the last surviving crop and frequent dust clouds blowing through. The planet’s predicament is especially frustrating for Cooper (Matthew McConaughey, The Wolf of Wall Street), a daring astronaut who simply wants to leave a better world for his children.

Fresh off his Best Actor Oscar win, McConaughey gets another meaty role to showcase his continued development as a leading man in more serious fare and this is an outstanding follow-up for him.

Hathaway, a Best Supporting Oscar winner herself, is also very strong and Nolan wisely didn’t just include her to be a romantic interest for Cooper. I did want Gyasi to have a more significant role. 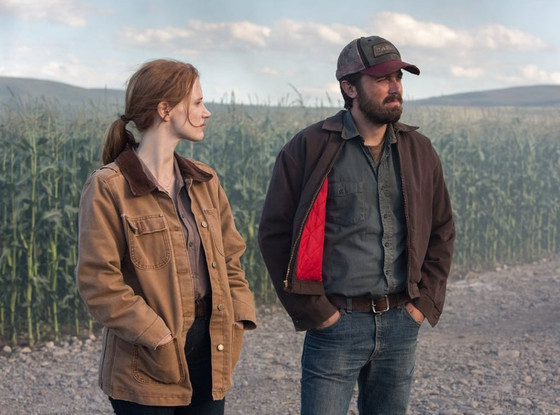 Time is not on Cooper’s side — a seemingly quick trip to another planet’s surface is measured in years on the shuttle and Earth — making each visit to a potential new home a risky and life-altering decision.

Back on Earth, Prof. Brand (frequent Nolan collaborator Michael Caine) and his capable assistant (Jessica Chastain, Zero Dark Thirty) are trying to do their part to aid the space mission and save humanity.

At its best, Interstellar is an unparalleled journey to space. You absolutely have to watch this in IMAX to get the full experience which is akin to riding a roller-coaster. Visually, the film is breathtaking and will leave your mouth open in amazement on numerous occasions.

Rather than reduce space to the confines of a cockpit view, Nolan expands the massive scope of space by making the spaceship a blip onscreen. In an age where we’re constantly amazed by having the world at our fingertips via mobile devices, Nolan restores a sense of wonder that there’s so much more demanding to be explored. 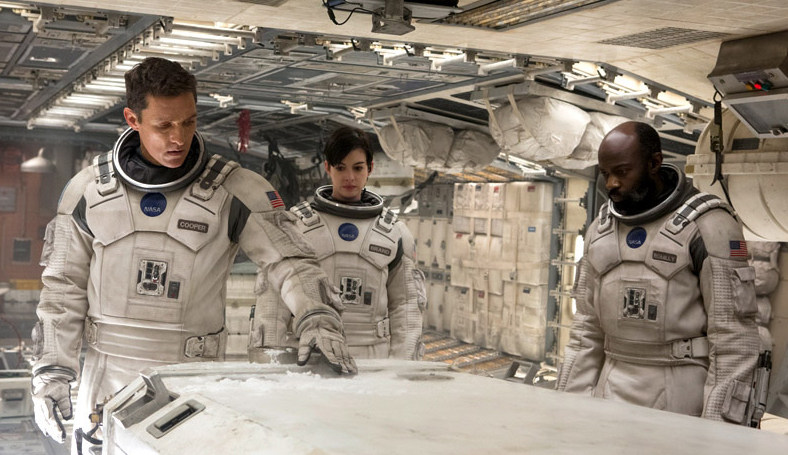 Hans Zimmer’s booming score aids to the majestic feel and the audio will shake seats providing a more immersive feeling that’s more authentic than a 3D film. Putting it bluntly, you haven’t experienced space until you’ve seen it through Nolan’s eyes.

It’s why you’re more likely to forgive the film for its flaws. The dialogue — co-written by Nolan’s brother Jonathan — at times seems more suited for audience members with a Ph.D. or an astrophysics degree. The attention to detail and authenticity is admirable, but the film is undeniably at its best when Nolan just keeps it simple. 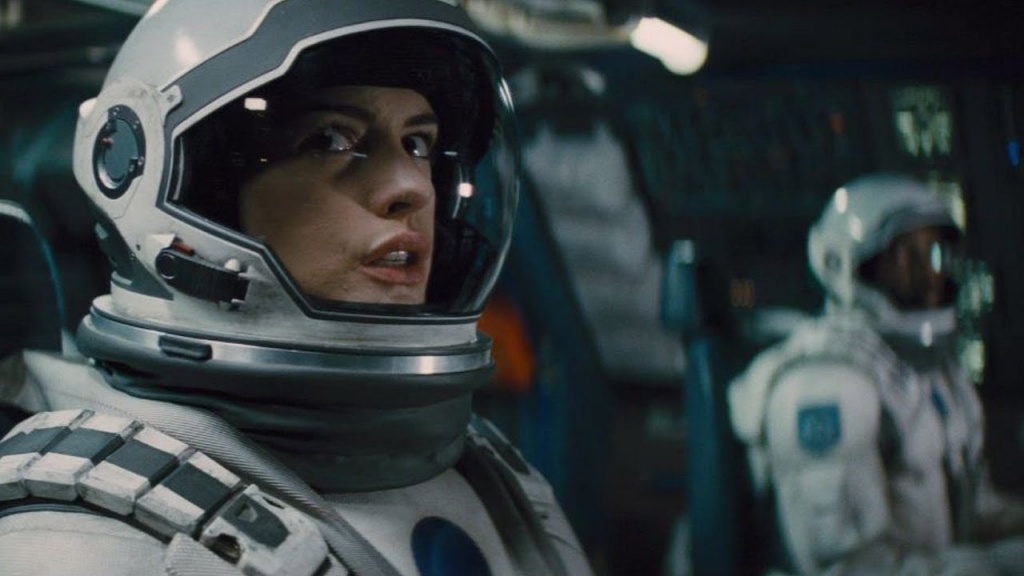 The final act is a bit all over the place and the conclusion somehow manages to leave some questions unanswered despite the film’s 169 min. length.

Interstellar is another incredibly ambitious from one of Hollywood’s true visionaries. While it has some problems, Nolan aims higher than most filmmakers would dare attempt and comes oh so close to creating another undeniably classic space masterpiece.

–All pictures courtesy of Paramount Pictures