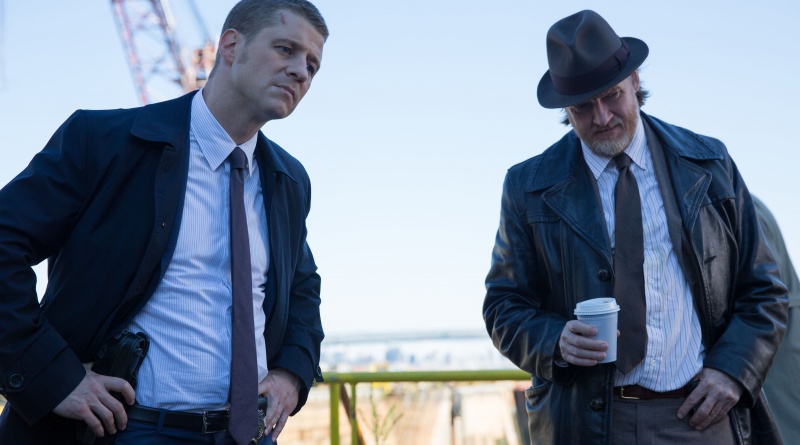 Coming off its strongest episode yet, tonight’s show had a lot riding on it to keep the momentum rolling and for the most part it did although it had to sludge through the series’ weakest subplot — hopefully for an extended period of time — to get there.

We open with two men, clad in masks, in what appears to be the final round of an Office Fight Club to the death. Sadly, Tyler Durden is nowhere to be found, but when a victor emerges, someone watching the battle via video monitor seems pleased. 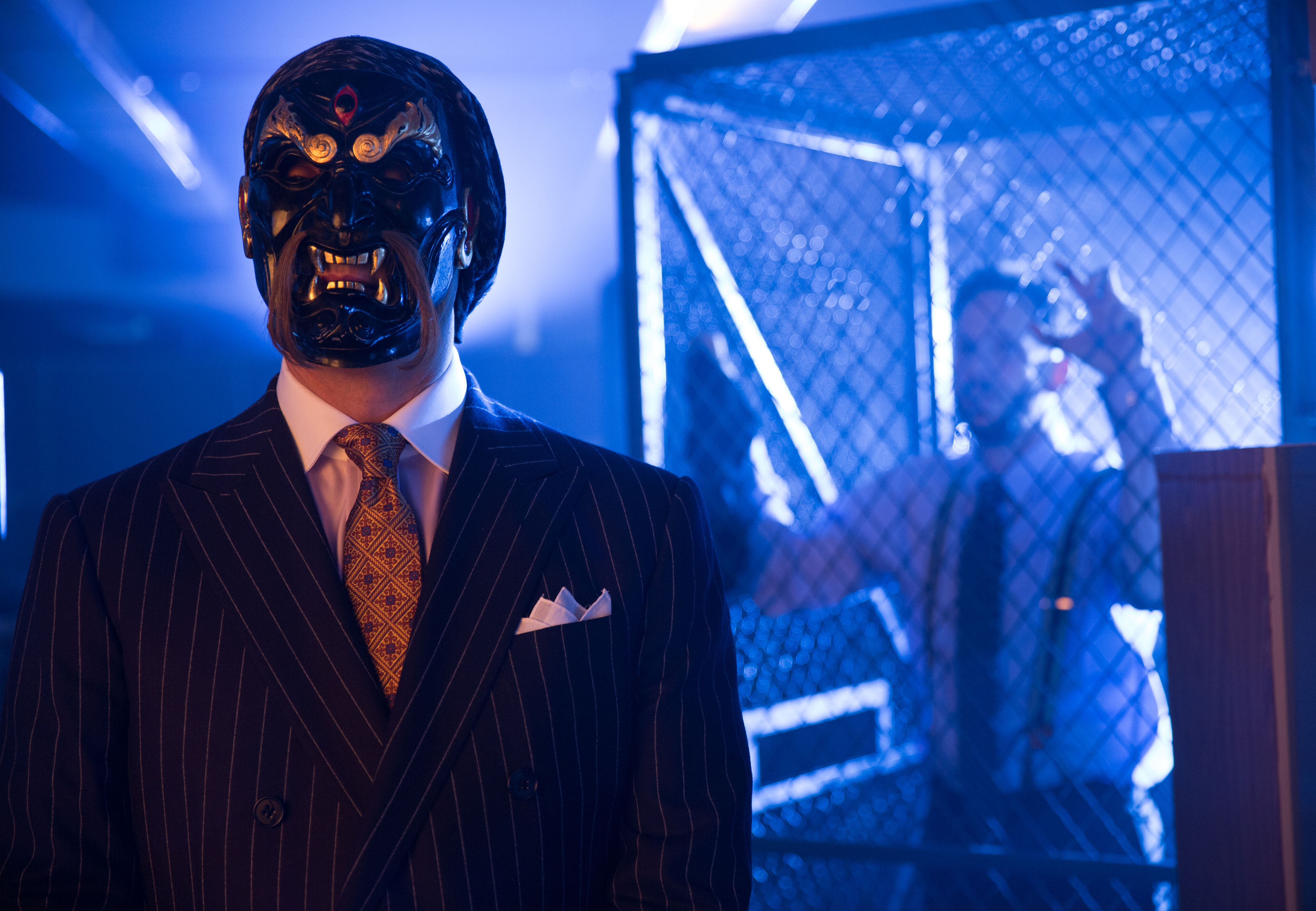 This week was one of the more subtle and most sensible uses of a Batman rogue. In this case, the crime lord Black Mask, who has an ebony mask carved out of his father’s casket. And Black Mask is the perfect kind of villain to foreshadow with an equally twisted, power-hungry father.

At the crime scene, Gordon doesn’t have much use for the officers on sight, rightfully still harboring resentment for all the officers at the department for turning their back on him when Zsaz confronted him. This made sense as Gordon shouldn’t be so quick to forgive his “brotherhood” when they could have cared less of having his back. Bullock gets it and doesn’t push too hard for Gordon to make peace — likely because he would react in a similar manner.

In another reasonable followup from last week, Barbara is terrified of being home alone to the point when Gordon comes home without turning on all the lights she’s aimed his spare gun at him. It’s a case where Barbara is getting exactly what she wanted in terms of being part of Gordon’s life, but now she’s regretting it. If only the writers had given Barbara anything else worthwhile to do, it may be easier to sympathize with her, but to this point she’s just been the annoying nag and jittery Barbara isn’t much of an improvement over cloying Barbara who didn’t seem to understand her police detective boyfriend couldn’t tell her everything about his job. BTW, besides drink and occasionally dabble in drugs, what the heck does she do all day anyway? Since Gordon can’t be there to constantly coddle her, Barbara’s had enough and leaves a “Dear Jim” letter for him.

Finally addressing a long-running question for the show, Alfred takes Bruce to school. He preferred home school, but Alfred would rather he interact with children his own age. So of course, everyone at the school has to be a jerk and make fun of his whole dead parents deal. Good thing Bruce doesn’t have an Instagram or Twitter account. #OrphanLoser #WackWayne would be trending at that place. After one bully — Tommy Elliot (Cole Valis) — insults his mother, Bruce slaps him and proceeds to get beaten up. [Thanks to my pal Barry Evans for the catch on that. In the comics, Tommy is one of Bruce’s childhood friends, who would go on to become one of Batman’s more personal villains, Hush, as he knows Bruce is actually Batman. You can read their first encounter in the excellent Jeph Loeb/Jim Lee collaboration Batman: Hush

Alfred drives Bruce to the bully’s home and he uses what appears to be brass knuckles to get his revenge. It was a bit manipulative way to get us to root for Bruce to lay out someone, but it worked. Alfred seems a bit eager to help Bruce learn how to fight. This seemed less about hinting at vigilante Batman and more a kid learning to stick up for himself. It’s a direction the show needs to explore more going forward.

On the Fish front, she gets a little payback by sticking a pin in Oswald’s hand during a treaty negotiation. Oswald is typically smarter than thinking Fish will forgive him so it’ll be interesting to see his long-game strategy is, especially since he’s outed her to Falcone and could theoretically take her place in the family at this point. Fish meets Liza at a confessional booth. She wants “her weapon” to copy Falcone’s ledger and to ensure he’ll stay out of the way while she carries out this mission, Fish gives Liza a vial of sleeping potion. It was a bit annoying that it appears Falcone doesn’t know Liza is a mole for Fish and is back to playing the patsy, but Penguin at least learns Fish has someone inside the Falcone inner circle.

Gordon and Bullock do more of their crack investigation and track down Richard Sionis (Todd Stashwick), a businessman whose company is staffed with dozens of male employees sporting bruises. That leads to Gordon ultimately getting caught in Sionis’ fight club and having to fend for himself yet again. This time, there were some positive developments as Bullock chewed out his fellow officers for not helping Gordon and assuring them that wouldn’t happen again. In a season where Donal Logue is constantly shining, this may have been his best moment yet. Gordon fights off Sionis’ men and survives a battle with the masked man himself thanks to the arrival of Essen and some officers.

Back at the station, Gordon thanks Bullock for rallying the officers, but has to ruin this feel-good moment, by vowing to Bullock he’s going to get rid of all of Gotham’s corruption. But before he can do that, he’s gotta deal with a new breaking and entering suspect – whew. It was looking like we’d miss an episode without Selina. Gordon would be more likable if he didn’t have the bull in a China shop mentality when it comes to cleaning up Gotham. He’d realistically have no shot the way he raises such a ruckus. Next week, we get the long-awaited introduction of Harvey Dent, who may be able to help Gordon learn some of the subtle ways of eradicating crime in the big city. Should be a good one.