Through its first hour, Magic in the Moonlight is a pretty sharp, funny romantic comedy that fails to recover once the emphasis shifts to its awkward romantic subplot.

, which featured an Oscar-winning Best Actress performance and Best Original Screenplay and Best Supporting Actress nominations so it’s not like Allen is out of touch with making a great movie. And with stars Colin Firth and Emma Stone (The Amazing Spider-Man 2

), he’s got A-level talent to craft another gem.

Set in 1928, Stanley (Firth) is a pompous magician at the peak of his profession, but he gets his biggest kick exposing frauds who allege to have a connection with the afterlife. His longtime friend, Henry (Simon McBurney), wants his help in foiling a scam by Sophie (Stone), who is misleading a family that desperately wants to hear from their deceased patriarch. Henry had gotten good at outing phonies, but Sophie’s act has him convinced she’s genuine.

Firth is a lot of fun in the first half as he dismissively scoffs at Sophie’s abilities. The film is at its best while Stanley is a skeptical non-believer. But it doesn’t take long for Sophie’s charms to make Stanley question his beliefs on the absence of a higher power.

Allen opts to force a romantic angle between the two and that’s where the film goes sideways. For starters, there’s an 18-year age difference between Firth and Stone.

Talented as they are, they aren’t able to create a believable chemistry and it kills the film’s momentum as Allen then has to navigate through the tired cliché of the free-spirited woman making the old guy see life in a new fashion as they fall in love.

Script issues aside, the film has a warm and inviting look as cinematographer Darius Khondji invokes the picturesque feel of a Norman Rockwell painting. The lively roaring 20s heavy score, featuring familiar tunes like Bolero and The Charleston further put you in the right frame of mind.

As far as the film’s award potential, Eileen Atkins is the main standout as Stanely’s aunt, Vanessa, and should at least receive some consideration for Supporting Actress nominations. 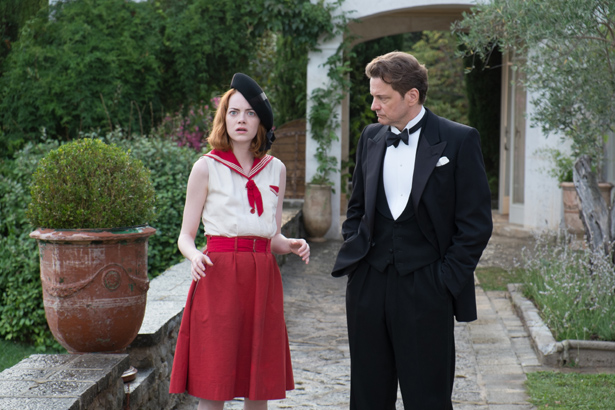 Even the biggest Allen fans will admit there’s little extraordinary here as Magic in the Moonlight fails to offer something most moviegoers will want to believe in let alone invest their time.