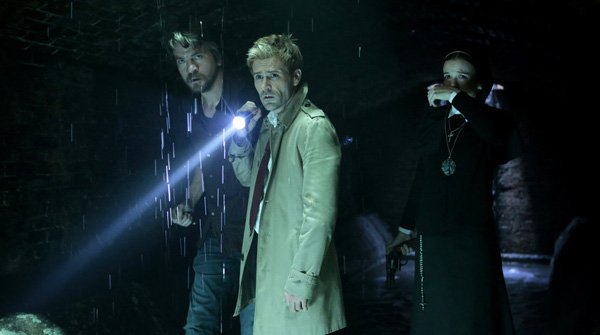 There’s still no news on the future of “Constantine,” but the show is doing its best to make a case for a second season from NBC and this week’s episode continued momentum for Season 2.

In Mexico City, two new parents are glowing in a convent after the mother recently gave birth, but the joyous occasion is quickly interrupted when something kills the mother and takes the baby.

One of the nuns, Anne Marie (Claire van der Boom) a former member of the Constantine Occult Road Tour that culminated in that disastrous seance in Newcastle, summons Constantine to help her and settle his debt. Things haven’t gone too great for anyone involved since then and Anne better hope her reunion with Constantine goes a bit better than fellow Newcastle tag-along, Gary (from the “A Feast of Friends” episode). 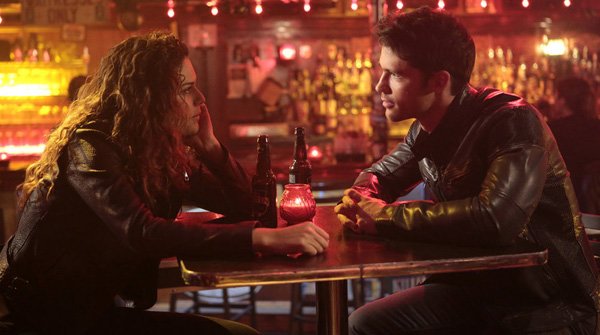 Zed gets left behind, but in a nice departure from other episodes, she’s still prominently featured as she explores Constantine’s lair and reconnects with Eddie, the nude model she doesn’t know is tracking her for someone else.

With 13 episodes to cover everything you know there won’t be a lot of unresolved or long-drawn out subplots so it was nice to see some advancement in Zed’s subplot. After touching Eddie, Zed envisions a vault and realizes he’s up to no good and takes him back to Constantine’s cabin in the woods.

Upon being confronted, Eddie says her father wants to bring her back and calls Zed by her real name — Mary. Before she can get anything else out of Eddie, two more of his fellow Crusaders arrive. Zed threatens to kill Eddie unless they back off, so the guy shoots Eddie — although it didn’t look like a kill shot. 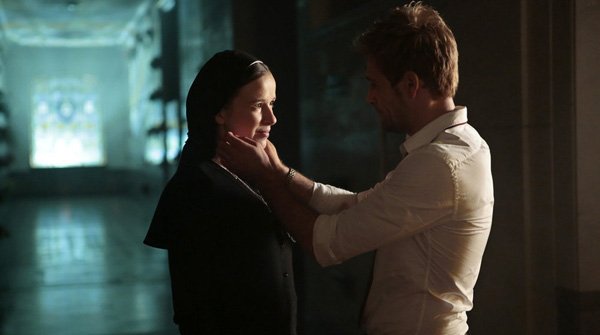 While Zed manages to send her female pursuer through a doorway to nowhere, the shooter succeeds in capturing Zed and knocks her out with some sedative via syringe. Of course, if he was really dastardly he would have used chloroform to knock Zed out…

In Mexico City, Chas and Constantine reunite with Anne Marie, who had a fling with Constantine and she’s joined the convent to repent for her role in Newcastle.

During the initial investigation, the writers telegraph a bit too early who is responsible for the baby-napping and it’s always a bit annoying when the audience is ahead of the character.

Constantine and Anne Marie determine that Lamashtu, one of the sisters of Eve’s (of Adam and Eve), an immortal witch has stolen the baby after finding human fruit growing from a tree. With the help of the father, they identify another stolen baby — the father’s grandson — which he knew nothing about and learn the father’s family tree involves The Brujería, a group of sinister warlocks.

The mention of The Brujería freaks out Constantine as is the realization that the Rising Darkness is screwing with his abilities to conquer evil.

After a draw with Lamashtu in their first encounter needs a way to lure her back so she can lead them to the babies. He tries his friend setup play he used on Gary, but Anne Marie already knows where he’s going with it and volunteers to spring the trap — a chicken with the father’s blood that Constantine’s magic will make look like a real baby.

Chas, Constantine and Anne Marie follow Lamashtu (with chicken dinner in tow) down to the sewers. Constantine uses the babies as “pawns” to get more info out of Lamashtu and she reveals The Brujería want to combine hell and Earth. Armed with more information, Constantine kills Lamashtu with an incantation. This week’s special effects were a little soft, but the TV budget had to be used for the big reveal in the final scene so I’m OK with cutting them some slack.

Just as they’re about to get out of the sewers with both babies and no drama, Constantine and Annie Marie spot the Invunche, a fleshy creature that resembles the Licker in Resident Evil.

For once, Constantine doesn’t have a clue what to do so Anne Marie decides for him by shooting him so the Invunche can kill Constantine and allow her to leave with the baby just as the Invunche makes its way around as Constantine bleeds out.

And on that ominous note, we’re off to the mid-season finale. This was another good cliffhanger and while it’s a given Constantine will survive, just how will he manage to do it in time to stop the Rising Darkness? We’ll find out come January!