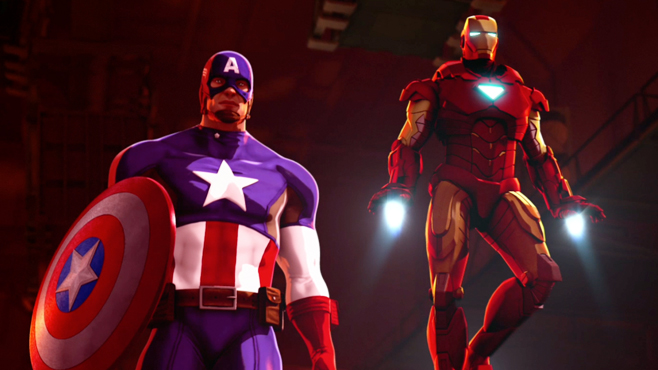 While continuing to look way, way up at the vastly superior cranked out by their DC Animation counterparts, Iron Man and Captain America: Heroes United is a slight step in the right direction for Marvel Animation. It’s an improvement even if it’s content just satisfying a small demographic of the Marvel fan base with its latest direct to video effort.

Cap is too strategic while Iron Man is too unpredictable — to stop the Red Skull (Liam O’Brien) and Taskmaster (Clancy Brown) and their Hydra army. 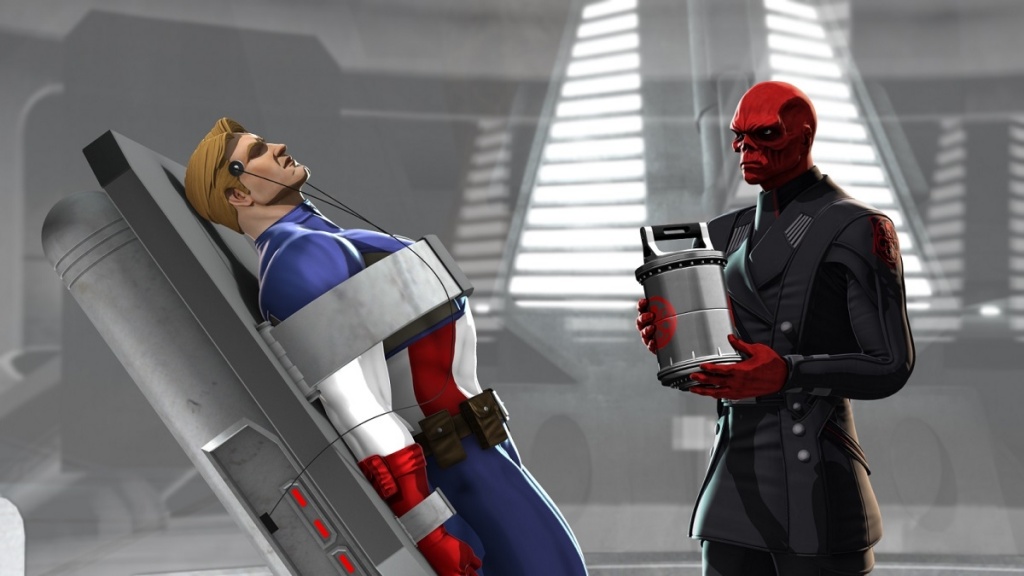 And of course it wouldn’t be a superhero team-up film if the two didn’t end up fighting.

Unlike the goofy Iron Man and Hulk team-up, the plot won’t send you into whiplash from your eyes rolling back so often, but the dialogue would still benefit from not pandering to the younger viewers instead of being a more all-inclusive experience.

It’s not impossible to create a cartoon that adults will enjoy as much as children as evidenced by shows like Young Justice, Justice League Unlimited and Avengers: Earth’s Mightiest Heroes, which was arguably the best comic book based TV show. 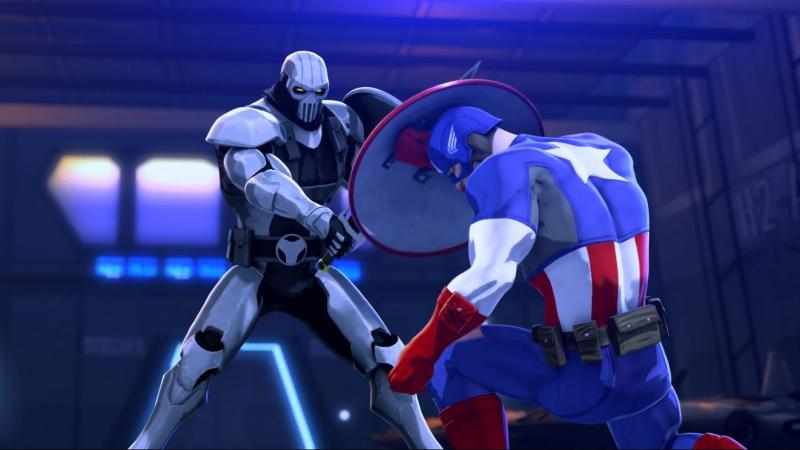 There’s a few good lines and character interaction — the Captain America/Taskmaster fight is fun — but there’s the nagging sense that this could be so much better if it weren’t overly childish.

Another problem is Marvel Animation’s unique ‘2-D wrap’ animation style where the standard animation is scanned into a computer for added weight and facial expressions. It’s still a serious work in progress. 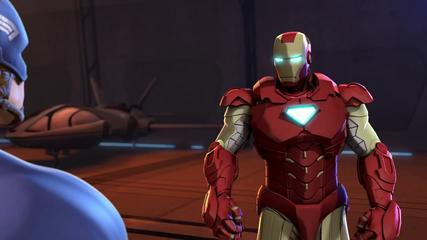 At times, the effect looks more realistic than a simple cartoon, but all too often the herky-jerky animation is distracting as the character movement resembles mid-90s CGI cartoons.

And the character lip synching is the animation’s most glaring flaw. It looks like the character’s mouths were pasted on in post-production. That’s great for a comedy sketch, but not for a project meant to be taken somewhat seriously.

Marvel Animated’s narrow focus for its direct to video projects cheats the fans out of animated films the equal to their live-action counterparts. Iron Man and Captain America — Heroes United is passable entertainment, but only will serve to make older viewers more anxious for the feature film version.