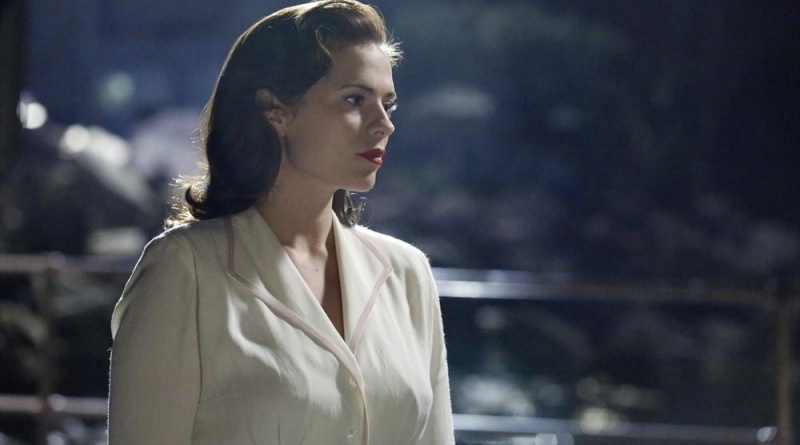 Of all the supporting characters/love interests in the Marvel Studios universe, Hayley Atwell’s Peggy Carter is atop the list as the character fans can’t get enough of so it makes sense that Carter, not the Avengers’ lone female, The Black Widow, gets the distinction of being the first female Marvel character to have a standalone series/film.

There’s a lot working against the series. It’s a period show set in the 1940s, there’s not a lot of viable Marvel movie Easter Eggs and cameos and there’s no chance of an Avenger or SHIELD member making a guest appearance. But with Hayley Atwell, some clever writing and engaging action, the show has all that it needs to be another outstanding and tremendously entertaining cog in the Marvel Studios machine.

As World War II is over and the menace of The Red Skull and Hydra have been thwarted (for now) there’s little for Peggy to do, but try to stake out a non-demeaning role at the Strategic Scientific Reserve, or SSR. Her wartime experience fighting alongside Captain America means little to the SSR higher ups, specifically her supervisor Roger Dooley (Shea Whigham) and top SSR operative Jack Thompson (Chad Michael Murray). Carter puts them down with sharp quips as easily as Hydra goons, but I’m already weary of the SSR crew as the writers alternate between making them comic relief and an intelligence agency always a step behind Carter. 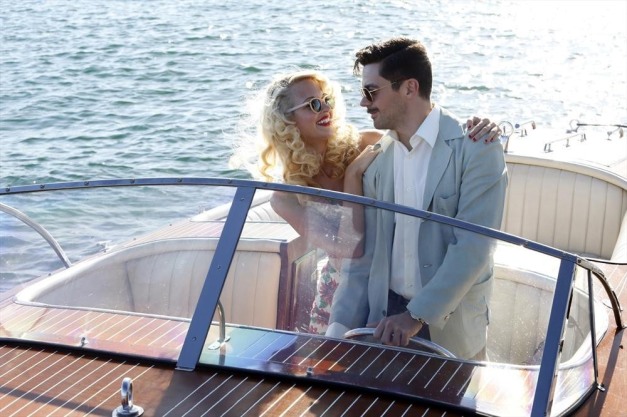 Some of Howard Stark’s (Dominic Cooper) weapons are being sold on the black market and Stark has been called to Congress for questioning. In a scene reminiscent of “Iron Man 2” where Howard’s son, Tony, is in the midst of a hearing, Howard charms the press and audience with his devil-may-care attitude and flippant responses.

The truth is, Howard is worried someone could put his weapons in the hands of some very bad people and is prepared to go into hiding after he recruits Carter to use her SSR resources to track down his missing files … preferably in about seven more episodes. “First Avenger” had such a terrific supporting cast and reuniting two of them really makes me greedy and hopes Marvel Studios can somehow find a way to have Tommy Lee Jones reprise his role as Col. Phillips for a clean sweep.

To help her out, Stark is giving Carter access to all of his weaponry and the use of his butler, Edwin Jarvis (James D’Arcy). Jarvis immediately becomes a scene-stealing character as he’s so far out of his element in Carter’s spy world when he would much rather prepare meals and prep the sheets for his wife at home. For Avengers fans who have been waiting on a live-action version of the team’s butler, D’Arcy delivers big time and is easily one of the show’s brightest spots.

One of the more surprising revelations of the show is the chemistry between Carter and Jarvis, which interestingly enough gives us the Batman/Alfred dynamic of the focused crime-solver afraid to get to close to anyone for fear of losing them and the caretaker who helps her appreciate all that life has to offer.

Carter’s first mission is to track down Stark’s molecular nitramene and her eavesdropping on a SSR planning session leads her to Spider Raymund’s (Andre Royo) nightclub. Atwell proves an adept chameleon as she goes undercover in several disguises. The first is a blonde bombshell to gain access to Spider’s files and the extremely volatile nitramene.

A mystery man is also after the material and he’s not afraid to kill to get answers. He’s working for a mysterious group known as Leviathan (a Hydra offshoot maybe?) and they’re communicating through some “Fringe” typewriters where the keys are being typed remotely onto the mystery man’s typewriter. Carter is more curious how the mystery man ties in to Leet Brannis (James Frain), the courier for large shipments of nitramene. Brannis also uses a voicebox device to be offer Carter a James Bond-type villain.

While the SSR is trying to learn the identity of the blonde who last saw Spider alive, Carter reluctantly accepts Jarvis’ aid in tracking down more leads. Jarvis isn’t as clueless as he’s letting on though and is carrying out a secret agenda for Stark. There’s a nice running joke throughout the episodes as Carter is continually annoyed anytime she hears the Captain America radio show. Carter and Jarvis track down the Brannis and the mystery man, and both appear to be killed in a crash. Brannis tries to write a message for Carter in the dirt, but succumbs to his injuries before he can complete it. Let the mystery commence.

The show would benefit from a bit more diversity though even if it’s just making “Captain America: The First Avenger” co-stars Derek Luke’s Gabe Jones and Kenneth Choi’s Jim Morita series regulars. While it’s historically accurate to not have blacks, Asians or Latinos as high-ranking members of the SSR, it’d be nice to see more minorities given more to do than simply be background characters or villain fodder.

I wasn’t a huge fan of the after-hours subplot where Carter’s waitress Angie (Lyndsy Fonseca) is overly aggressive in wanting Carter to move into her building. Unless it’s leading to some twist, there’s gotta be better ways to give Carter something to do while she’s not on missions.

I was kind of amused at the constant reminders of the “Ant-Man” teaser trailer, as if that was the bigger draw in this case than watching Peggy Carter kick butt in her own show.

Only problem is the show has immediately found its voice and we’ve only got six more weeks of this mini-series and then it’s back to the misadventures of Skye and her SHIELD sidekicks. Hopefully, “Agent Carter” does well enough that it can at least be given more mini-series in the future if not an outright full season run. At this point, it’d be crazy to bet against Agent Carter doing the impossible.