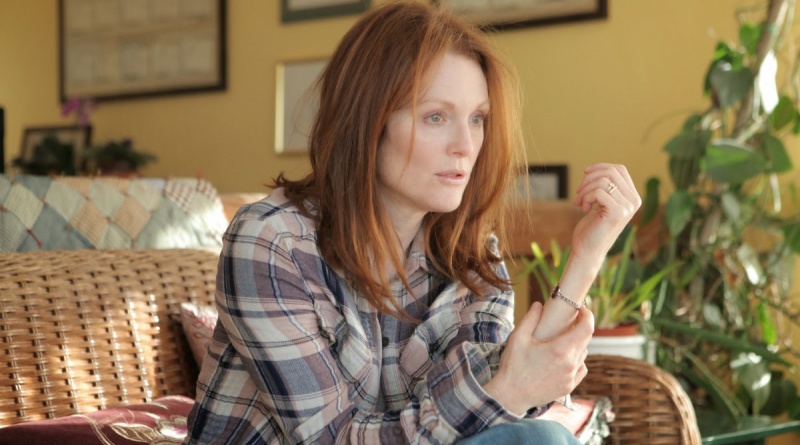 There’s a key scene in Still Alice where Julianne Moore’s character is speaking to fellow Alzheimer’s victims and family members and by the speech’s conclusion, there’s few dry eyes in the audience and the crowd rises to its feet.

Moore’s heart-wrenching, emotional performance will likely have the same impact on viewers in what is so distinctly the runaway choice for Best Actress the rest of the field will just have to settle for vying for second place.

Moore plays Alice, a top linguistics professor, who at the onset of her 50th birthday begins exhibiting signs of early onset Alzheimer’s disease. Initially, the effects are minor — Alice briefly loses her way on her running route and can’t remember words, but the disease quickly becomes more aggressive. 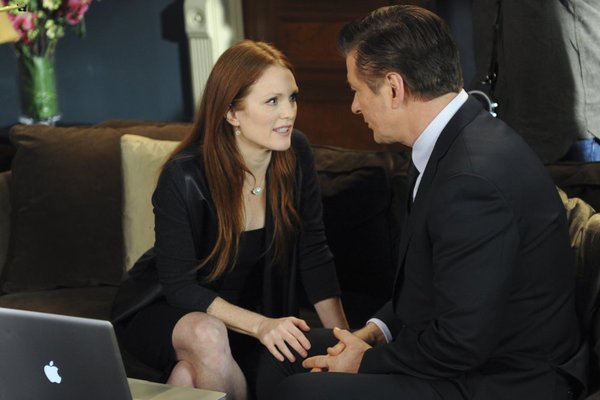 Directors and co-writers Richard Glatzer and Wash Westmoreland — adapting Lisa Genova’s 2007 novel — guide the viewer through an impassioned journey of dealing with the most cruelest and unfair of diseases and its torturous impact not just on the victim, but their loved ones as well.

It’s in those relationship challenges that Alice is at its most gripping. Alice’s husband, John (tenderly portrayed by Alec Baldwin) struggles to find the best way to be supportive while her three children — Anna (Kate Bosworth, Superman Returns), Tom (Hunter Parrish) and Lydia (Kristen Stewart, The Twilight Saga) — are equally challenged as they watch the woman who raised them becoming more childlike and dependent before their eyes. 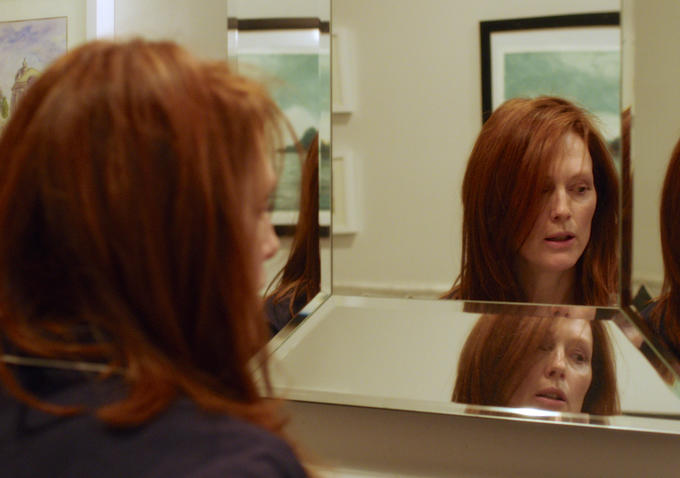 In one especially honest scene, Alice tells John she wishes she had cancer as people rally around cancer victims with walks and pink ribbons. Alzheimer’s patients, she says, receive less support as they feebly struggle to hold on to their precious memories.

Glatzer and Westmoreland prefer to let their actors shine, but occasionally they blur the world around Alice to simulate what she’s experiencing during a ‘memory fog.’ It’s the film’ sole gimmick and it’s wisely used sparingly to allow the most impact. 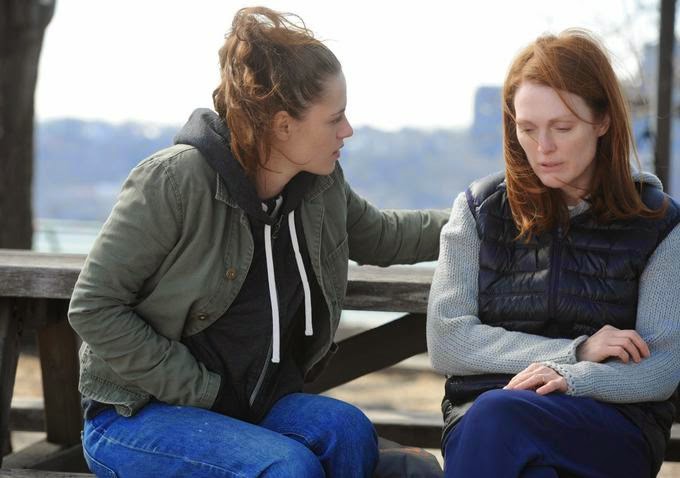 Moore is so brilliant in her transformation from the vivacious woman we initially meet to the easily flustered and confused Alice to an all but empty shell of a woman as her disease progresses. Stewart is a pleasant surprise and reveals a level of depth as the underachieving, artistic daughter Twilight haters would not have thought possible.

Still Alice doesn’t offer some easy out or cheap feel good conclusion. It’s a realistic, heartbreaking look at a savage disease so eloquently exhibited by Moore given the proper respect by its filmmakers.