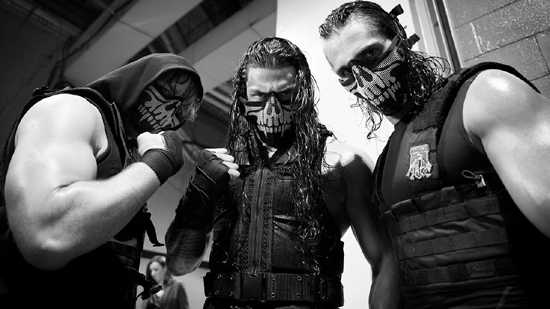 Full disclosure time. When it comes to wrestling, fewer things will get me more invested than a faction dominating a promotion. Whether the Four Horsemen, the Dangerous Alliance or the n.W.o., I’m a pretty satisfied fan when an organized gang is running things and winning titles. And The Shield was a welcome addition to the WWE ranks as the promotion’s most dominant factions ever.

The combination of Dean Ambrose, Roman Reigns and Seth Rollins so impressed me that I ranked them in my Top 10 Wrestling Factions of all Time list. I wrote that the only thing that would prevent them from a higher ranking would be for the WWE to split them up too soon, which of course happened not that long into 2014. Count me among those who think the group had at least another year together before the inevitable split.

That said, I was very interested in checking out the latest WWE Home Video production, “WWE: The Destruction of the Shield (Blu-ray)

” for one last glimpse of one of the WWE’s hottest acts in years.

Like most WWE Home Video efforts, Disc One is the documentary/main story. The narrative centers on the pending Summerslam 2014 confrontation between Ambrose vs. Rollins and Reigns vs. Orton. This is actually a repackaged DVD previously filmed for the WWE Network entitled “Journey to Summerslam: The Destruction of the Shield,” which works fine for a standalone piece, but is somewhat awkward as a detailed look at The Shield.

One problem with the presentation is it’s so focused on establishing The Shield as individuals that their actual time as a faction is a rushed through footnote. 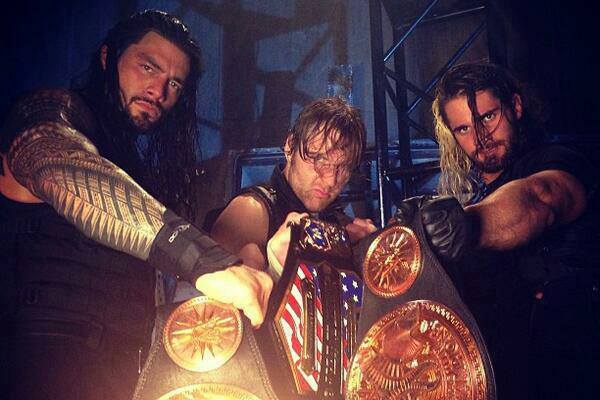 Paul Heyman, John Cena, Daniel Bryan and Triple H discuss how each member brought something different to the team — Rollins was the aerial tactician, Ambrose the unpredictable loose cannon and Reigns the powerhouse. Michael Hayes, who knows something about impactful three-man units from his stint as the leader of The Fabulous Freebirds, talks about their arrogance and confidence that they were better than everyone else.

From there, we get mini bios on each member starting with a look at Rollins winning Money in the Bank and all but guaranteeing himself a world title reign. Rollins is one of the few MITB holders who managed to exceed the gimmick and be fully deserving of a title run even without the infamous briefcase. 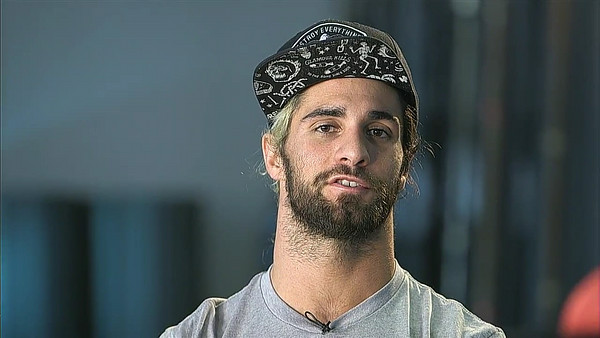 Seth comes across as very laid back and likable — a stark contrast to his on-screen heel persona — as he discusses wanting to be a wrestler back when he was a teen in Iowa. Of note, he watched Shawn Michaels lose a career vs. streak match against The Undertaker at Wrestlemania and how he remembered wanting to performing at Wrestlemania 26 instead of being an audience member. 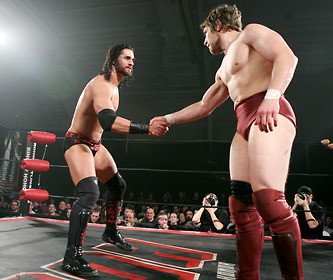 NXT star Sami Zayn and Gabe Sapolsky discuss Rollins’ tenure in ROH, where he was a standout and featured star. Bryan thought they had immediate chemistry right away. Once his deal was up, Rollins approached WWE and after reaching out enough times, he was brought in to their development system, Florida Championship Wrestling, waiting to be called up to the main WWE roster.

Next up, we learn about Ambrose, a Cincinnati native. Instantly, Ambrose’s unique star power and charisma comes across as he discusses his past training with Les Thatcher. He’s got a swagger and confidence that can’t be taught. Bryan was impressed with his matches against Ambrose, who then went on to wrestle in independent promotions CZW and Sapolsky’s latest endeavor, Dragon Gate. 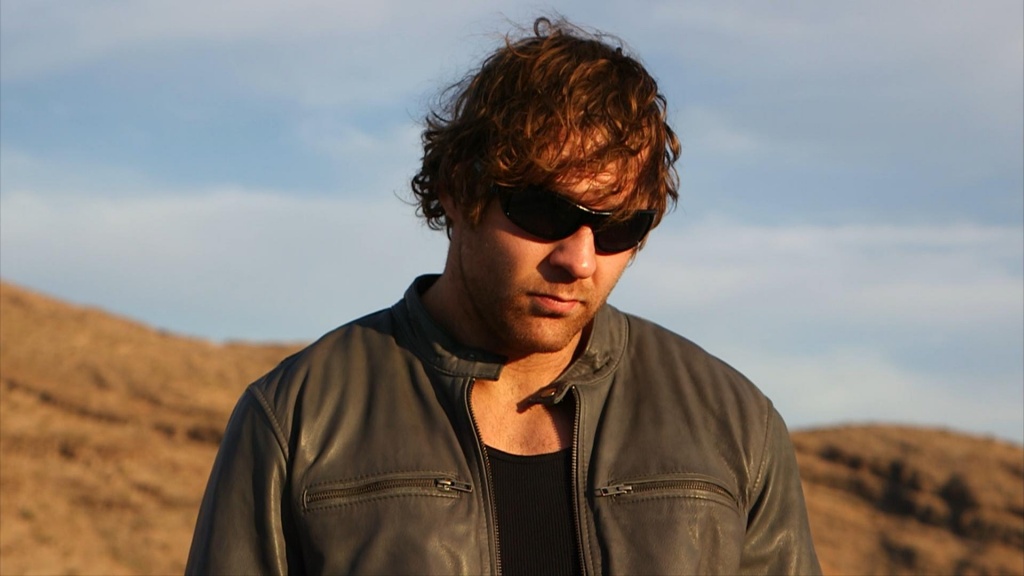 Heyman sums up Ambrose perfectly: ‘There is no method to his madness and there’s nothing but madness to his method.’ WWE producer Joey Mercury was impressed with Ambrose’s promos and suggested management sign him to FCW.

Reigns was the member of the trio born into the sport as his father is WWE Hall of Famer Sika. Reign is somewhat soft spoken and reserved as if he’s not comfortable talking about himself. Reigns’ second cousins are The Usos, whom he played high school football. Reigns played college football at Georgia Tech with NFL star Calvin Johnson, but a future in the NFL wasn’t in the cards so he decided to try his hand in the family business. Of the three, Reigns clearly seems to be the management favorite as everyone raves about his look and potential.

The Rollins vs. Ambrose feud helped raise awareness in FCW while Reigns was getting on the job training. Each had obstacles to overcome in FCW — Ambrose had to shelve his attitude, Reigns his steep learning curve and Ambrose just needed the right break to ascend to superstardom.

By the time they reach FCW’s successor, NXT, their roles seem fully established. Reigns is the prospect that’ll get every chance to succeed based on his look. Ambrose has the Austin-esque quality where he’s so different than anyone else he could be The Man with one good shot. Rollins is the Shawn Michaels/Bret Hart level talent who will be a Hall of Famer by virtue of his amazing ring work and dedication to his craft alone.

The three were ready to move up to WWE and got a prime debut in taking out the company’s then hottest new prospect, Ryback, out in the main event of Survivor Series followed by a main event match in TLC against Team Hell No (Kane and Bryan) and Ryback. Heyman, clearly bucking for disc MVP, sums up the Shield as such ‘We operate in a product-driven industry. The product improved enormously with the focus going onto The Shield.’

Somewhat annoyingly, the documentary breezes through The Shield’s nearly two-year run of dominance to highlight individual efforts — mainly Reigns’ performances in the Survivor Series and Royal Rumble. Then it’s on to The Evolution feud and breakup. 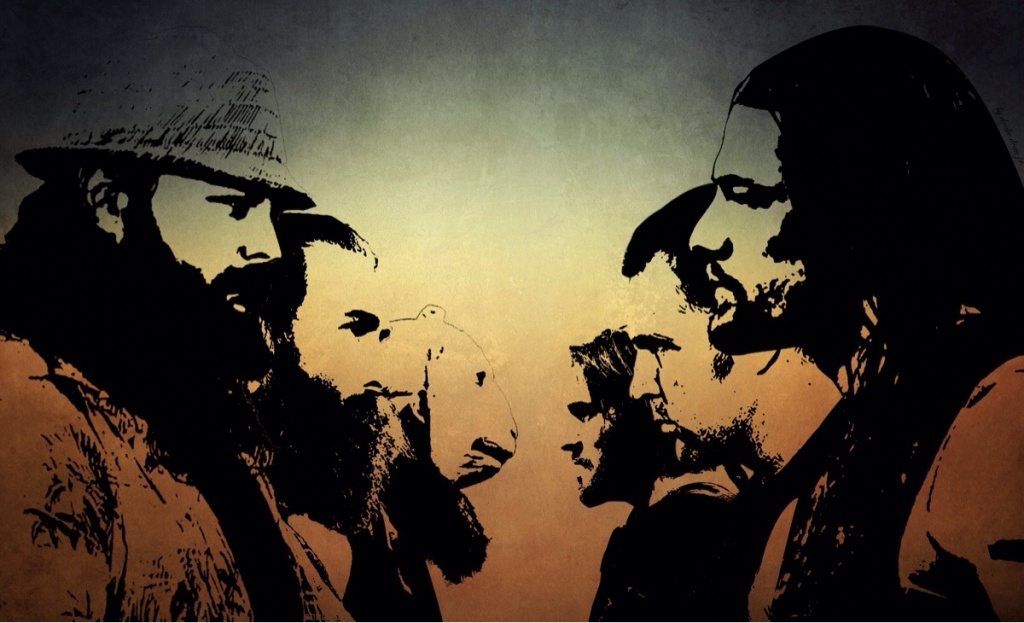 Curiously, the documentary skips The Wyatt Family vs. Shield feud that teased a Shield split between Ambrose and Reigns, which made Rollins’ betrayal all the more shocking. It was the most glaring absence on the documentary as it one of the few moments of destruction in the Shield.

Next, we’re on to the Summerslam build. Rollins endorses Crossfit for his training while Ambrose preps in a Nevada desert and Reigns gets set for his match against Randy Orton. But no matter the results, all three are set for a bright future in the WWE.

It’s clear the documentary was more an effort to sell The Shield as stronger as individuals than a unit, but the faction was so popular with fans that a set focusing more on The Shield itself followed by a future set looking at the members post-split would have been more satisfying. For fans, this is still a revealing and unique look behind the scenes of three future WWE World champions even if it’s not the most comprehensive look at The Shield we deserved.

Thanks to the fine folks of WWE for the review copy!

Buy on DVD: WWE: The Destruction of the Shield

Buy on Blu-Ray:WWE: The Destruction of the Shield (Blu-ray)

[Check out Page 2 for a breakdown of the matches]

2 thoughts on “WWE: The Destruction of The Shield review”