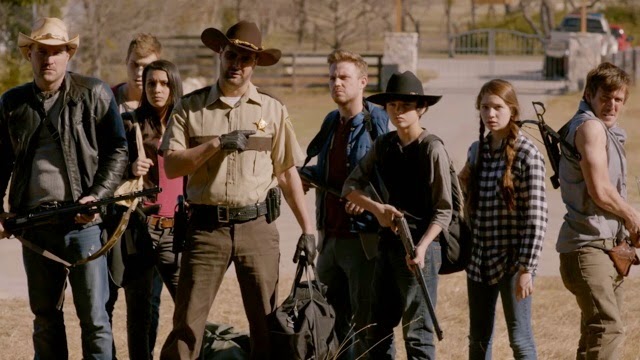 A fittingly brainless parody, but sadly lacking wit, subtlety and humor, The Walking Deceased proudly carries the torch of such crimes against comedy like Disaster Movie, Epic Movie and Meet the Spartans.

To be fair, comedy is so subjective it may be the hardest genre to get right. Parody comedies are even more challenging, but it’s hard to be too empathetic when the writers consider the main character shooting a young girl he mistakes for a zombie to be remotely humorous. 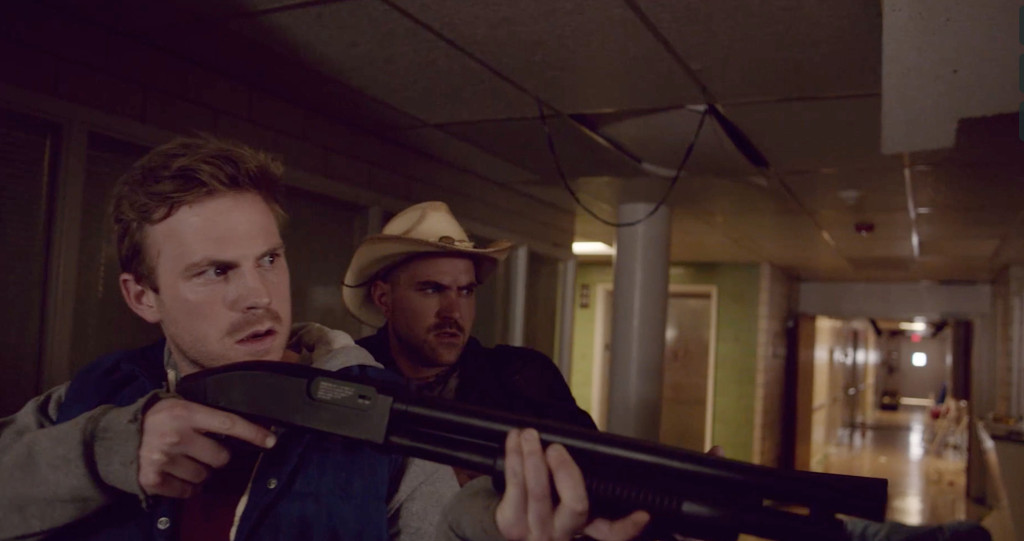 Zombies have been the ‘it’ horror property for close to a decade now so it makes sense for Director Scott Dow and screenwriter Tim Ogletree to poke fun at a genre that has enough clichés and established guidelines to be ripe for ripping …providing the parody is in capable hands. What we get here however is a messy, uninspired effort too satisfied with low-level potty humor (a character actually shoots into the toilet after using the bathroom) to poke fun at the legitimate laughs that could be had from the source material.

Ogletree attempts to mock some of the genre’s best lampooning ‘The Walking Dead’ TV series and movies including Zombieland, Shaun of the Dead and Warm Bodies, the latter three were already self-aware making it much harder to find some comedic openings.[irp]

Ogletree instead opts to devote most of the film getting laughs out of Walking Dead, which could work if he didn’t always go for the lamest joke possible. Sheriff Lincoln (Dave Sheridan) shamelessly hams it up as Sheriff Lincoln, a riff on Walking Dead star Andrew Lincoln; walker strippers constantly trying to gnaw at the one undead stripper or the sheriff referring to his son Chris (Mason Dakota Galyon) as Carl from Walking Dead.

Sheriff Lincoln and Chris hook up with Zombieland spoofs Green Bay (Ogletree), Chicago (Joel Oglesby) and their inept pal, Darnell (Andrew Pozza), a TWD spoof of Daryl Dixon who prefers to use a crossbow instead of a gun. Meanwhile, Romeo (Troy Ogletree), a walker starting to regain his humanity, tries to have a relationship with the equally smitten Brooklyn (Sophia Taylor Ali) as the gang leaves their hideout at the mall ala Dawn of the Dead and find shelter at a farm where they meet Isaac (Jacqui Holland) and her sheltered parents.

No one should expect a Leslie Nielson type performance, but save Taylor Ali and the Ogletree brothers, you’re likely to see better acting on a fan-made YouTube movie. Only the plus side, if you’ve gotta suffer through the film, there’s no shortage of eye candy.

Dow had an estimated $1.25 million budget to work with and for the most part, he does a decent job hiding his limited resources. He stages most of the scenes with a very narrow perspective, which is fine for the more dialogue-heavy comedic moments, but that close-up point of view doesn’t hold up for the action sequences. The zombie/walker makeup effects are passable and better than expected for a zombie parody. 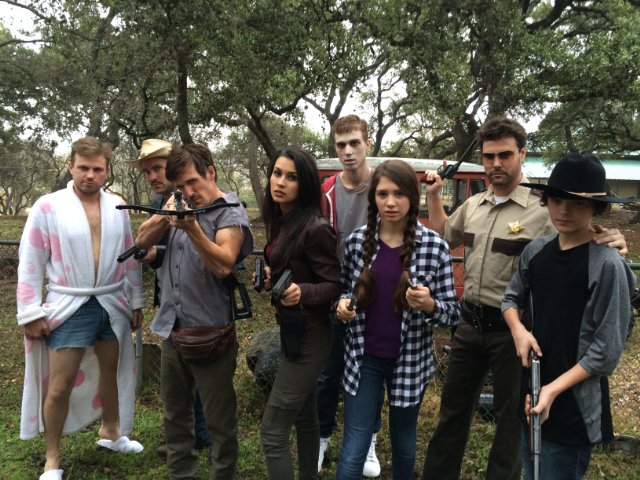 Just from sheer volume of jokes, occasionally some actually are pretty funny, but one good laugh per 25 minutes is still a pretty sad ratio. You’re better served going out of your way to re-watch Zombieland

or Shaun of the Dead [Blu-ray]

if you want a zombie film that doesn’t take itself too seriously than enduring this lame duck parody.