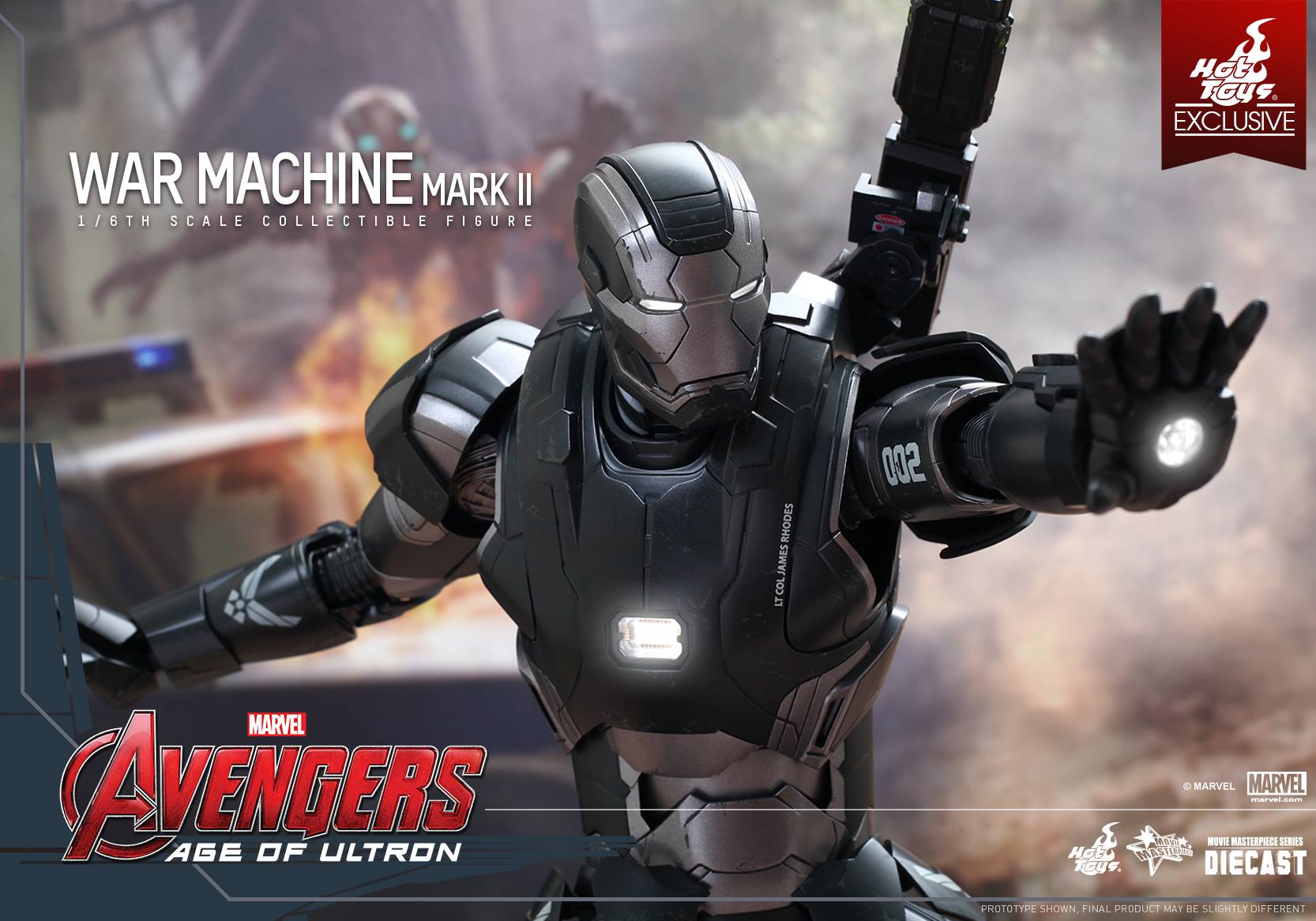 I missed out on previous Rhodey figures so I’m looking forward to this one:

The much awaited sequel, Marvel’s Avengers: Age of Ultron, will be hitting the theatres very soon! In anticipation of the launch of this epic blockbuster, Hot Toys is excited to present the new 1/6th scale War Machine Mark II Collectible Figure as a Hot Toys Exclusive item! It is also the latest addition to our MMS Diecast Series which the collectible figures are made of diecast material, and realistically designed to look even more like the armor as it appears in the film.

Gear yourself up for this super exciting film and expand your Avengers: Age of Ultron collection with this diecast collectible figure as “War Machine rocks”.