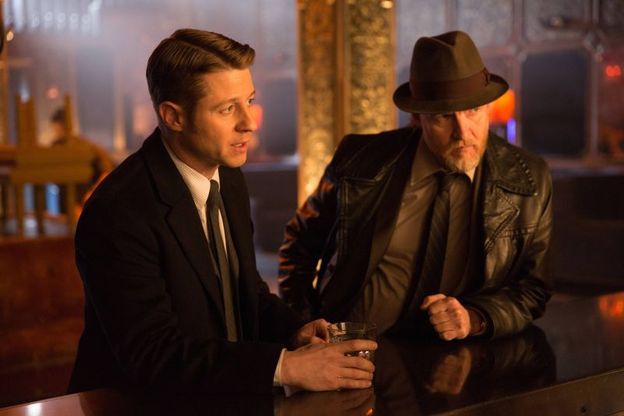 Since ‘Gotham’ took its spring break, ‘Arrow’ and ‘The Flash’ went to another level of excitement, ‘Agents of SHIELD’ stepped up its game and ‘Daredevil’ dropped on Netflix providing a better Batman show than anything else on TV including the one set in Batman’s universe. Did ‘Gotham’ re-establish itself as a must-watch show in the wake of so much superior comic book series competition? Well at least for one more week. Let’s break it down.

The Fish Flies the Coop

Fish Mooney is still stuck on The Dollmaker’s island searching for a way out. The show really wasted a chance to make Fish Mooney more of a Batman villain by quickly replacing the eye she restored. A patch or just a glass eye would have helped make her more unique than a simple scheming gangster. She spies a helicopter and tests the alarm system and the timing of Dollmaker’s security detail led by The Catcher (Phillip James Griffith). Back in the holding cells, Fish talks to some bruisers she can rely on to take care of business when she plans her escape. After turning on her closest ally in the prison Kelly (Dashiell Eaves) why would anyone trust her? 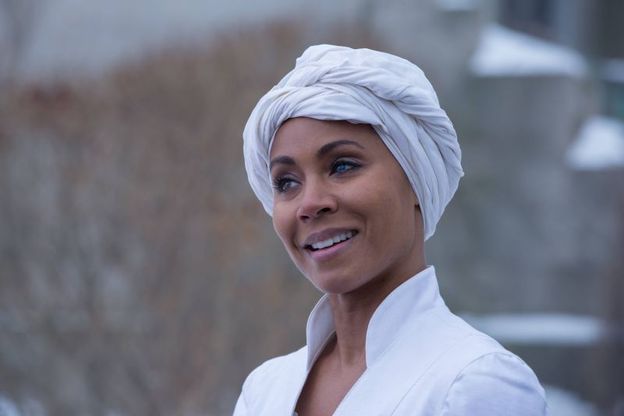 Dollmaker at least seems to have some doubt about Fish’s credibility, but getting emotional over the thought of being turned into one of his creations puts Fish back in his good graces. So of course she lied to him. From a viewer’s perspective, it’s always best not to trust anything Fish says unless she’s talking to Butch or now Kelly. Gathering her ‘stone cold killers,’ Fish says it’s time to make their escape as she’s unlocked the gates and has them head to the boat since none of them know how to fly. As the alarm goes off, Fish says she’s going to get Kelly for sentimental reasons.

Dollmaker has his electric prod ready to make her suffer, but Fish did unlock the prison gates and the prisoners start pummeling him. As Fish’s bruisers get to the boat gate, they see it’s still locked and realize she lied as The Catcher and his guards kill them. Fish meanwhile has found the 747 of helicopters and loads all the prisoners in. Kelly seems surprised she lied about knowing how to fly, but Fish is always the smartest person in the room or island, which has always been her downfall as a character, specifically a villain. The Catcher has a rifle and manages to shoot Fish, but because she’s Super Fish, there won’t be any problem.

The Debut of the Dynamic Duo

Alfred is still recovery from being stabbed by his old friend Reggie, but learns he’s getting high at a nearby ‘shooting gallery.’  Alfred can’t investigate as his wounds reopen so Bruce reconnects with his junior vigilante partner Selina who explains a ‘shooting gallery’ is not a gun range. In essence the show wants to make Bruce Selina’s sidekick. At this point the links to established Batman continuity is out the window anyway so why not?

They find Reggie and after threatening to toss his drugs out the window and for the first time, it’s easy to see them as the eventual vigilantes they’ll become in the future. Reggie gives up Bunderslough, the man who hired him to figure out how far Bruce has come with his investigation. 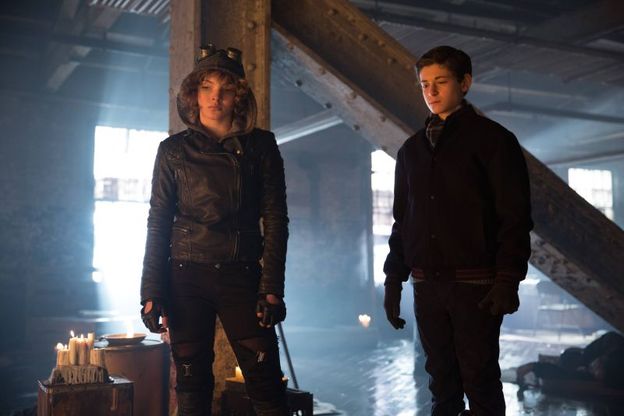 While hardly in a position of power, Reggie taunts them saying Bunderslough will take care of the silly kids easily, prompting Selina to toss the drugs onto a ledge. Bruce realizes how dangerous Reggie, but can’t bring himself to push Reggie as he’s dangling from the windows reaching for the drugs. Perhaps wanting to preserve his innocence, Selina pushes Reggie out instead so now she’s a killer. That’s a dark turn for their alliance and one that could provide some interesting dynamics for Bruce and Selina, marking one of the rare times I want to see how their storyline progresses from here.

On the other hand, Penguin has a just reminding us he’s still there subplot this week. He’s trying to buy a restaurant, but the owner will only sell if Penguin can get her daughter to split with her guitar playing boyfriend. It’s a decent gangster subplot complete with Penguin having his finger cut, but the payoff — Penguin wanted the location so he can kill Maroni there — was very underwhelming.

Freshly appointed president of the policeman’s union and enjoying a stable relationship with Lee (Morena Baccarin), Gordon is feeling pretty good about himself. His self esteem gets another big boost when Officer Len Moore (Brendan Griffin) asks for Gordon’s help in cracking a homicide cold case based on his reputation for wanting to clean up the department and solving cases. Moore wants to be a part of Gordon’s effort. It was time for Gordon to get some more allies and a younger non-jaded officer makes perfect sense. 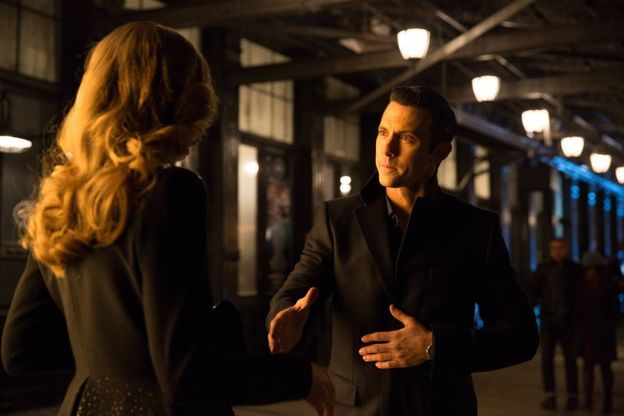 Reluctantly, Bullock goes along with Gordon’s new case — the murder of Grace Fairchild, a woman who went missing for months before turning up dead. In a nod to ‘Cold Case,’ the episode turns to a glimpse of Grace’s date with Jason Lennon (Milo Ventimiglia), a smooth talker who’s a little too charming. Grace sleeps over, but when she prepares to head out, Jason won’t let her leave and forces her to play his happy homemaker complete with cooking his meals. Strangely he trusts her not to simply poison him, but he grows tired of her and kills her — his 13th such victim.

Nygma finds the missing piece of evidence in the file — a sheet of paper with a broken heart, which Bullock instantly recognizes as the calling card for the serial killer known as The Ogre. The veteran detectives don’t want to tangle with the case as The Ogre doesn’t just go after any investigating detectives, but their loved ones as well. Everyone at GCPD knows that so Bullock grabs Moore, who confesses Loeb had him do it to set up Gordon. 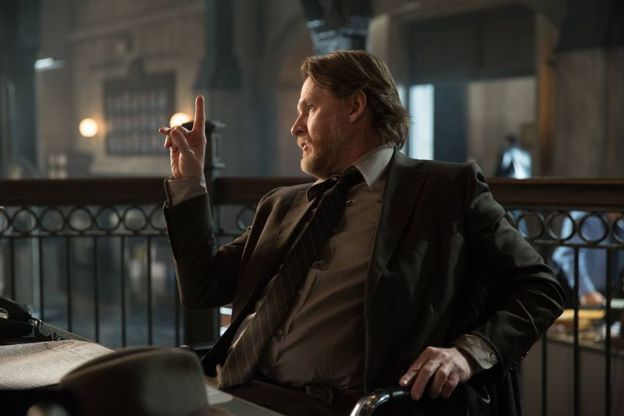 This time, indignant righteous Gordon is justified as he warns Loeb he’s putting the Ogre behind bars and then Gordon will take him down.

‘Gotham’ always works best when it’s not dabbling around with all 80  characters and focuses on Gordon and Bullock with one of two sensible supporting subplots. With a killer storyline for Gordon and Bullock that thankfully didn’t get resolved in one episode that will be even more important going forward. It may not be enough to get viewers back, but this was a welcome and enjoyable return for ‘Gotham.’