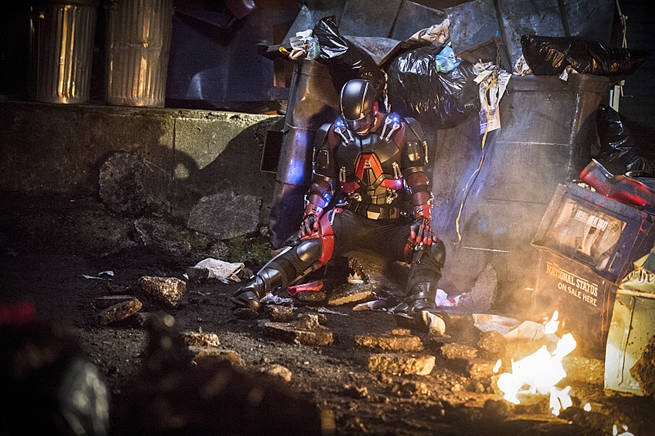 Managed to pick your jaw back off the floor after tonight’s shocking episode? Good, because I sure haven’t.

Just as Team Arrow successfully concocted a plan to kill off the Arrow, Ra’s al Ghul eliminated a team member for real — maybe. We’ll get to that crazy final 10 minutes in a bit.

First, Oliver was dealing with the repercussions of Roy unmasking as the Arrow and taking the fall for Oliver. Capt. Lance knew what was happening, but Laurel had the courts on her side as Lance couldn’t keep Oliver in custody for crimes Roy confessed. That doesn’t stop him from getting a warrant and raiding Verdant’s basement and Thea’s apartment. Luckily Diggle and Felicity removed all but Roy’s fingerprints. 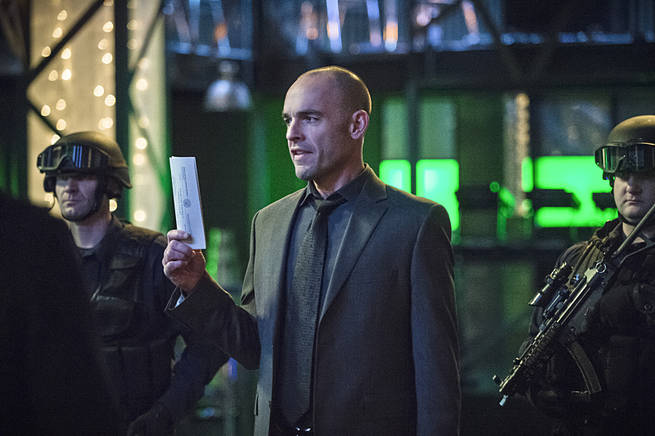 After everything that’s gone down this season, it’s hard to blame Lance for being on the warpath and obsessively trying to bring Oliver/Arrow to justice. The personal ties and Arrow’s betrayal from Lance’s perspective make this so much more meaningful than the typical vigilante/police authority figure that’s been done to death since ‘The Dark Knight Returns.’

With Arrow locked away, Jake Simmons (Doug Jones), a metahuman bank robber from Central City decides to relocate to enjoy a crimefighter-less city. But since Oliver can’t go running around as Arrow, he reluctantly agrees with Felicity’s suggestion to ask Ray for help.

Ray’s excitement about a team-up and Oliver’s annoyance with his enthusiasm is just perfect. As Ray has an awkward conversation with Oliver and Felicity, Oliver says ‘there’s a decent chance you and Ray are related.’ Ray worked up a device to control parts of his suit remotely, which Oliver uses to help Ray take down Simmons. No character benefits more the show’s overall dark color palette than Atom as his blue lights accentuate the red piping.  Oliver’s controls get knocked out so Ray learns to take Oliver’s advice and use his instincts without relying on the suit to defeat Simmons. It was a quick battle, but not every villain needs to be a season long threat.

The Hong Kong flashbacks were too brief to accomplish more than Oliver learning that Gen. Shrieve [from Ep. 14], not Waller is the one who has been trying to kill him and Maseo and unleash the Alpha/Omega device. Waller warns him to leave Hong Kong, but Oliver, Maseo and Tatsu decide to vaccinate themselves against the virus and stop him. 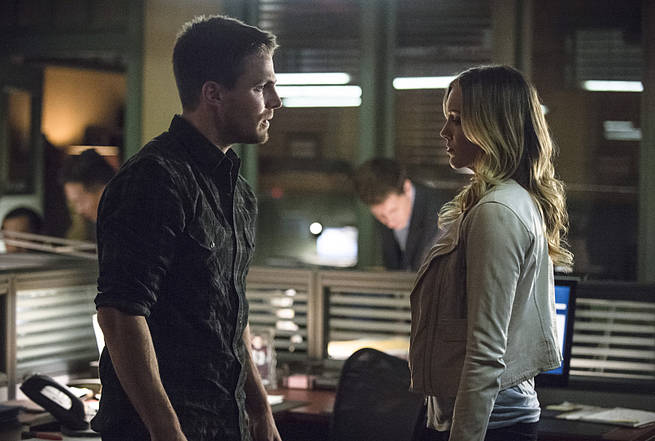 Roy is finding his honorable prison stay to be harder than initially imagined. Inmates are attacking him, Lance wants him to stop trying to protect Oliver and Thea visits against his wishes as he didn’t want to lie to her again. Oliver is frustrated with the rest of his team as they show no interest in helping Roy, but Felicity reminds him that Ra’s all Ghul took Arrow from him even if he were to free Roy.

As Roy is led down a hallway with other prisoners, a prison guard starts harassing him and stabs him! Lance breaks the news to Thea that Roy is dead (?!?!?). Oliver is distraught at Verdant as Felicity and Diggle ask for forgiveness — not for stopping him from rescuing Roy, but for keeping a secret — Roy is alive! Roy’s entire arrest and ‘murder’ (aided by the prison guard who was an associate of Lyla’s) was part of an elaborate plan to kill Arrow so Ra’s could no longer damage his credibility while also getting Lance off his case. But with his death, Roy has to leave Starling City and his friends. 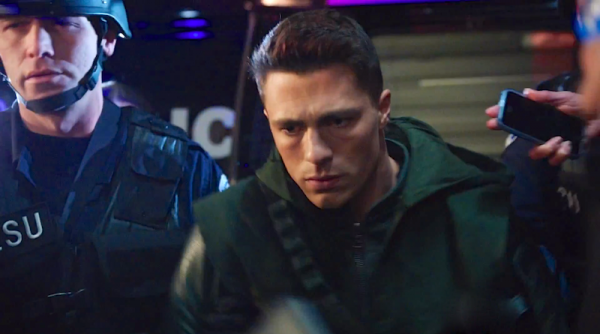 Hopefully this means Roy will eventually turn up as a member of the TNT ‘Titans’ show where his skill set would be better utilized than being a redundant masked archer here. As they say their goodbyes to Roy, Felicity gets a little too touchy with Oliver finally forcing Ray to realize she’s still in love with him.

Yes, Ray’s got to leave ‘Arrow’ to headline the CW DC team-up show, but he’s had  Although ‘Arrow’ normally takes its cues from Batman, the writers are turning Felicity into ‘Smallville’s’ Lois Lane as she was seemingly dating the entire Justice League before she and Clark got together. Felicity has already dated Barry and Ray so if the grand plan is to have her with Oliver, let’s avoid the superhero dating carousel with her.

Ray drops Simmons off to the only place capable of holding metahumans — STAR Labs — and he has another villain bonding moment with Cisco as they come up with Deathbolt. With just two shows, the ‘Arrow’ and ‘The Flash’ showrunners have created a very organic shared universe like the old Marvel Comics, which would just have random cameos to show all the characters existed in the same cities. In a ‘pin that for later’ moment, Cisco learns Simmons was not in Central City during the particle accelerator explosion stumping the two as to how Deathbolt gained his powers. Maybe he stole a Terrigan crystal too? The next scene will get the bulk of the attention, but this was an important revelation going forward for all the CW DC shows as this was the first superpowered character that didn’t gain their powers from the particle accelerator or Mirakuru. 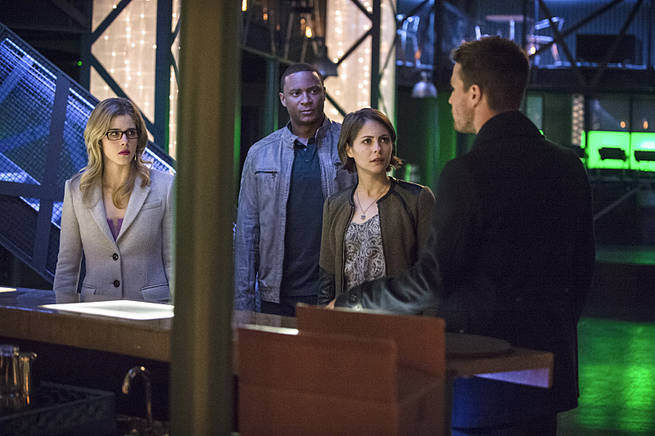 But that’s for later. Now, let’s talk that final scene. Thea is grieving looking at pictures of Roy when she gets an uninvited guest – Ra’s al Ghul. He assures her that Oliver will be assuming his role and Oliver just needs motivation. Merlyn’s training proved for naught as Ra’s in essence shrugs off Thea’s attacks before chokeslamming her through a glass table and stabbing her with his sword. And I’m pretty sure he doesn’t one bit care about sword placement.

Team Arrow definitely lost one member tonight and Thea could be joining Moira and Daddy Queen in the flashback only portion of our show. In the last stretch of episodes this season, ‘Arrow’ is already shaking things up in a major way as Team Arrow gets streamlined to a roster more in line with the first season, but will that be enough to stop The Demon’s Head?