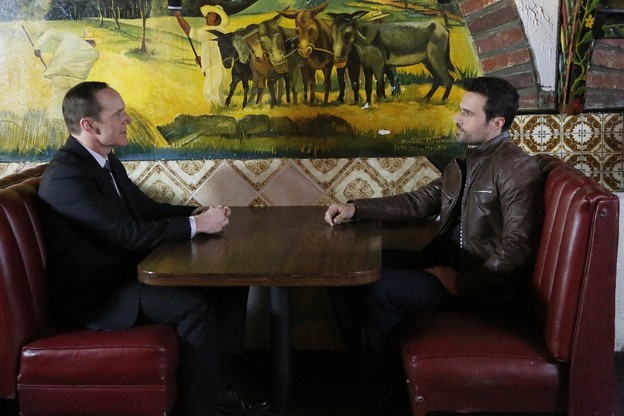 With the return of Ward, Deathlok tracking down Skye and Hydra on the attack again, this episode felt like a throwback to that far too brief moment when ‘AOS’ was becoming every bit the excellent Marvel TV show we’d hoped for all along. But with so much occurring since then ‘Frenemy of My Enemy’ felt like a desperate Hail Mary to create some excitement for a frustrating second season.

Per the show’s norm, all roads lead to Skye. I wouldn’t have such marked indifference to her if the writers stopped trying to force Daisy Johnson’s adventures as Quake with special appearance by SHIELD as opposed making her just another agent with powers. 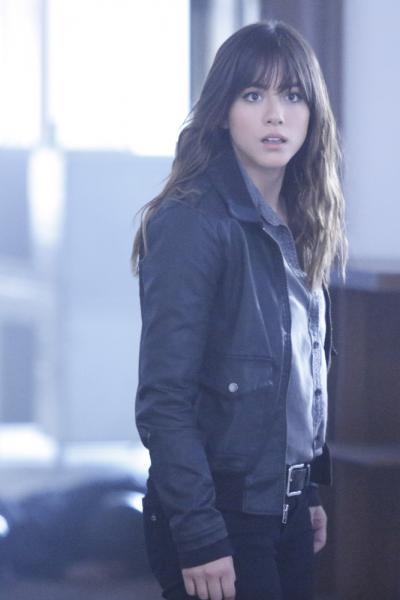 All the various parties were trying to track Skye down instead of…oh, finishing off Hydra and any other worldwide threats. May now knows Simmons lied and SHIELD ver. 2 only has a decoy toolbox and has Simmons track Coulson via Deathlok’s visual scanner.

The uninspired storytelling has now infected the last holdout to better days as Ward gets brought back for one mission only to help Coulson get some Hydra intel and hopefully track down Skye. Coulson thinks Ward’s relationship with Agent 33 is a sign there’s a good person buried deep down somewhere and just to make sure when the mission’s complete, he’ll scrub Ward’s brain via TAHITI and let him enjoy a new life. Two questions: Coulson can’t possibly think Ward won’t snap Agent 33’s neck the second she becomes a liability, can he? Did Coulson’s own TAHITI brain scrub make him forget the whole going crazy thing?  Ward brings along Agent 33 and their brainwashed Hydra agent Bakshi to join Coulson, Hunter, Fitz and Deathlok.

The Hydra agent tells Bakshi that Baron Von Strucker, remember him come ‘Avengers: Age of Ultron’ is looking for powered people and they’re tracking Gordon’s teleportation energies. To prove their loyalty, Bakshi and Deathlok have to bring him in. BTW, if I’m May or Simmons, their lack of priority on Coulson’s rescue list would have me switching sides to SHIELD ver. 2 or Ward’s Hydra SHIELD faster than twitchy Fitz while Ward’s around. 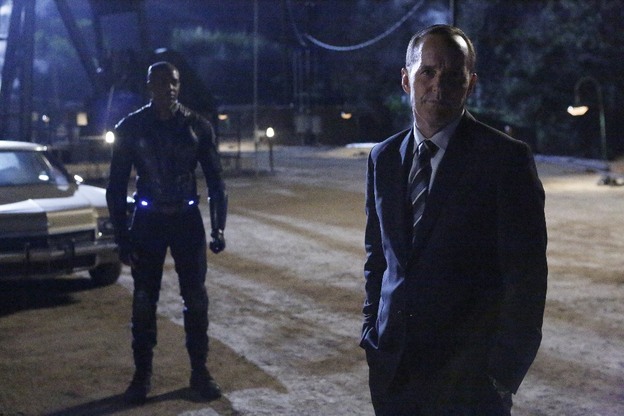 Skye meanwhile was dealing with some major family drama, what most people want to see from their spy show. Jiaying is all set to revoke Cal’s Inhumans Secret Resort visitation pass, but Skye feels sorry for dear old dad after one dinner! Yeah dad you did kill a lot of people, but that steak was ah-maaazing! So instead of Gordon simply dropping him to no man’s land (read: Milwaukee), Skye wants to spend a little time with her nutjob father hanging at all his favorite hang-outs including his office where she learns her full name is Daisy Johnson. Skye somehow figures he’ll take getting ditched much easier at the hands of the daughter he’s sacrificed his sanity and life to reclaim. Skye pickpockets a guy’s cell phone (our hero) to tell May where they can find Cal.

Unfortunately Lincoln (keeping an eye out on Skye for Jiaying) and HYDRA arrive first and Cal goes off. Simmons taps into Deathlok’s visual scanner just in time to see Coulson shoulder to shoulder with Ward. This won’t do for May’s trust issues with Coulson. Lincoln fights Deathlok to a standstill only to both get captured by a surprisingly un-brainwashed Bakshi while Ward and Coulson come thisclose to reuniting with Skye before Gordon arrives and teleports her (and Cal) back to Afterlife. Ward replies with way too much sympathy “Your call boss.”

A regular theme in wrestling is when a heel starts becoming too popular, he’s turned into a good guy largely maintaining the traits that made the fans cheer him while a villain. This episode got a little too much good chemistry with Coulson and Ward bickering to the point I’m worried the writers may really try to bring him back into Coulson’s team. I’d much rather see Ward and Agent 33 be the evil mirror images of Hunter and Bobbi in their rumored spin-off. 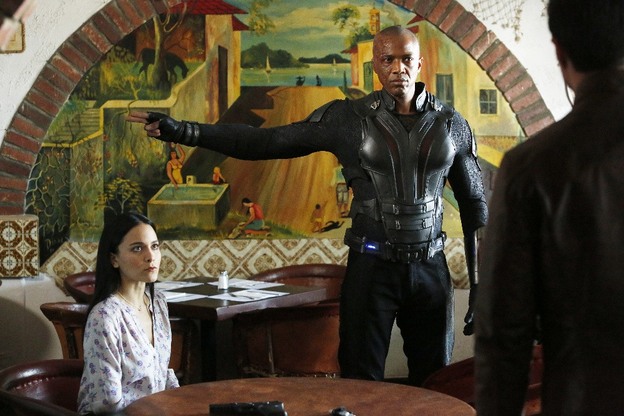 Coulson decides to wait on Mack and Bobbi, who arrive long after the fight. Coulson’s now ready to be taken to their leader. So why did he need to escape, steal a Quinjet and reveal his alliance with Deathlok again? I’ve no idea where the show is heading at this rate and am now seriously doubting the latest movie tie-in can reinvigorate the season like last year. Were that movie ‘Inhumans’ this would all make perfect sense, but whatever boost the show can get from ‘Age of Ultron’ looks like it may come too little too late this time.