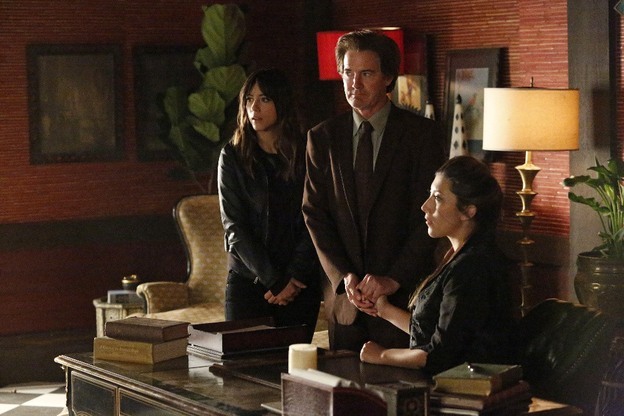 While it may be leaning a bit toward too much stuff happening overload, tonight’s episode certainly was eventful and set the stage for a meaningful season finale next week as SHIELD goes to war with the Inhumans but not for the reasons you might think.

The showrunners opted to everyone who decided they’d catch Avengers: Age of Ultron this weekend, as we kick off with the Koenig crew Billy and Sam preparing for a visit from Coulson a year ago to show him The THETA project — a secret SHIELD helicarrier — not a training site for enhanced humans. Back to present day, Coulson reports in to Gonzales and the rest of the top brass of SHIELD v.2 Satisfied that his last big secret helped The Avengers defeat Ultron, Coulson is ready to make amends and work under Gonzales as director of SHIELD. 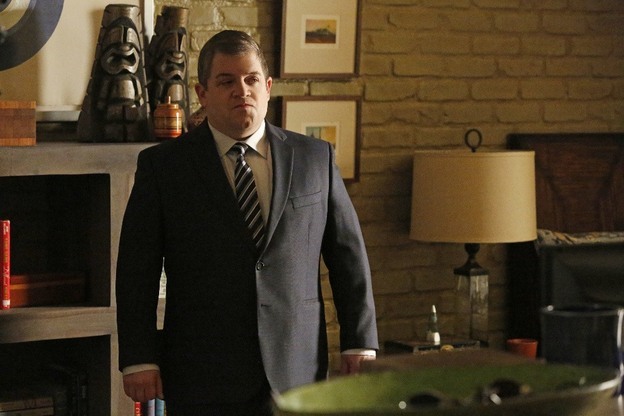 It was a bit of an anticlimactic wrap to the whole SHIELD vs SHIELD subplot, but Coulson’s always been one for building bridges. Mack isn’t nearly as willing to compromise handing in his resignation as he can’t be involved with Coulson’s crazy alien fascination. Since the reveal of the real SHIELD, Mack hasn’t had much of an impact on the show, so I hope this departure doesn’t stick as AOS could use more speaking male minority characters. FitzSimmons have suffered the most from the larger cast and they again do a lot of nothing beyond Simmons regretting she didn’t kill Ward. I want to buy this is a new harder edge Simmons, but it’s asking a lot for the one saintly character to suddenly become this cold-blooded killer in the name of justice.

Skye was stuck playing peacemaker trying to broker a peaceful resolution to the rising tension between SHIELD and the Inhumans especially after Raina and Gordon pop in for a visit and spot some black ooze Gonzalez has been holding in a containment cell. Gonzales and the rest of the council agree to go to Afterlife and peaceably discuss a possible arrangement with the Inhumans. Coulson is too biased when it comes to Skye so he has to sit this one out. Coulson agreed so readily it seemed like he had a plan up his sleeve. 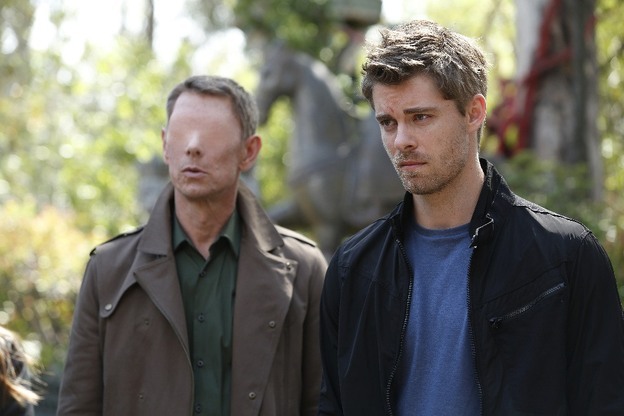 In the bustle over the trip to Afterlife, Kara/Agent 33 is being locked up as May has no sympathy for the face/identity stealer. Bobbi goes with May to accompany the Afterlife mission, but after she notices they’re off track from the coordinates, Bobbi realizes she hasn’t been traveling with May, but Kara leading to another in a series of non-ending femme fatale fights this season. Not complaining as they’ve all been good, but this is becoming the show’s go-to action scenario.

In a weird way, AOS has become the Marvel equivalent of ‘Charlie’s Angels’ with Coulson being Charlie and May, Skye and Bobbi being the kick tail angels. Now is Bobbi more Cameron Diaz or Drew Barrymore? Bobbi beats her, but after emerging from the Quinjet she’s stunned by Ward. I’ve no idea what Ward and Kara’s end-game is, but I’m glad to see Ward didn’t turn into a lovable softie overnight for no good reason.

The writers worked overtime to ensure we thought Raina was up to her scheming manipulative tricks as usual and was going to be the one to ruin the peace treaty. I was glad Gordon and Jiyang saw through her ‘lies’ that Jiaying was the one who would destroy the peace. Cal volunteered to be placed in SHIELD’s custody as a sign of good faith and as a means to protect his family thus killing off the last shred of villainy for his character. Not entirely sure Cal needed to be redeemed and if he’s goofy family man he’ll never get to Daredevil fighting villain. 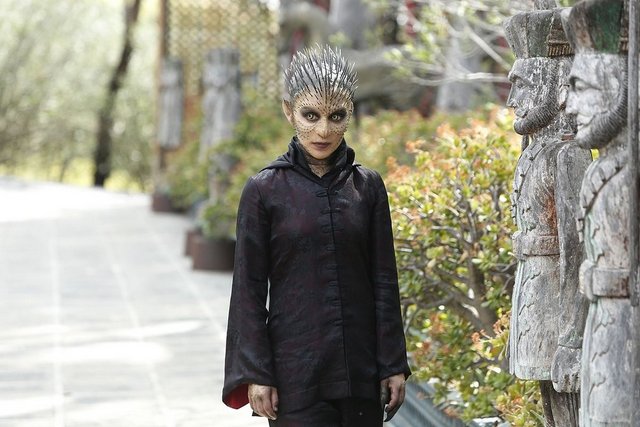 But the twist was in during an exceptionally tense conversation with Gonzales and Jiaying. There was this sense of who is going to do something shady first. All along, Gonzales was positioned as a character who was strongly against any enhanced, let alone those with alien DNA running through their bodies and after getting a box from Weaver, it seemed that he was all set to strike first. Instead, he finds some common ground with Jiaying and explains the war with Hydra has left him scarred too. 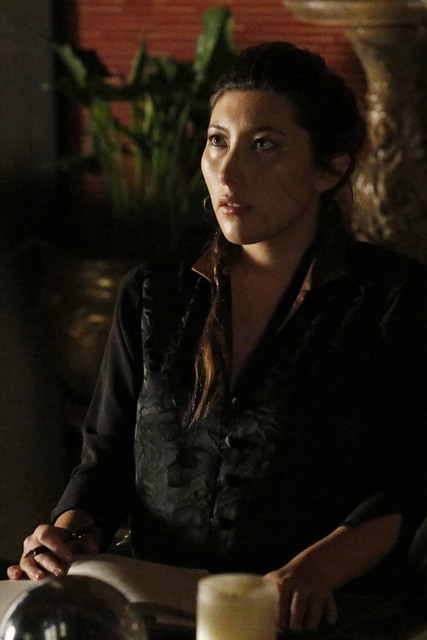 Jiaying slowly starts going off questioning how any categorizing of people has ever resulted in anything positive (point) before taking a Terrigan crystal and shattering it — releasing the mist that turns Gonzales into ash. Jiaying takes his gun and shoots herself in the shoulder twice as Skye runs out to see her mother bleeding out calling for war.

Hopefully in next week’s season finale we get an answer as to why Jiaying was ready to go to war with SHIELD instead of the same Hydra that chopped her body up. Skye is caught in the middle and has to choose if she’s an Inhuman or a SHIELD agent. The season has been real hit or miss since the winter break, but this has been a solid last arc that hopefully will pay off with a strong finale.