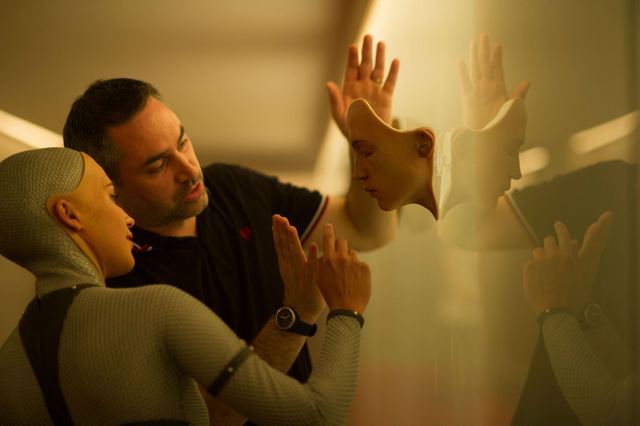 Alex Garland is a name if you aren’t already familiar with you should put him down as a filmmaker you absolutely will want to keep a close eye on in the future.

Garland, the writer of ‘28 Days Later‘ and ‘Dredd,’ makes his directorial debut with ‘Ex Machina,’ a fascinating look at an Artificial Intelligence that leaves you considering the potential amazing and frightening future in front of us.

Garland was nice enough to take some time out of promoting the film to talk with me about ‘Ex Machina,’ what he wanted audiences to get, the challenges of adding directorial duties to screenwriting responsibilities and why so many blockbuster films are wasting money.

What were the biggest challenges transitioning to directing? There really weren’t any. For me the process of making the film was incredibly like making other films as I’ve been fortunate enough to be able to work with the crews, the directors and actors on the films I’ve been involved in. Some of the people on this film I’ve worked with for like four or five movies like Domnhall [Gleeson] so it was a very familiar process with familiar people.

I’m always surprised in terms of how it does or doesn’t work with how the script starts and how the film ends up. I’d been confronted with this on every film I worked on so i expected it.

I know sometimes there are writers who hand over the script and see what’s become of the film when it arrives in theaters, but for my approach with films the writing job is finished in the editing room. The editing room is the last phase of writing.

The film essentially features three characters. Did you set out to have a main character or hero and villain? When you present three distinct characters, it’s not obvious which is the hero and who is the villain so it’s down to the audience as to who they attach to. I’ve definitely noticed some people attracted to Caleb, some to Nathan, but for me, I’m mainly affiliated with Ava. It definitely depends on the individual.

How does it feel to be part of this new generation of acclaimed sci-fi films? It goes back a ways for me. I was working on ‘Sunshine’ and at the point we were getting close to delivering it, we got told by a senior exec that sci-fi was basically dead and audiences weren’t interested. A year after, ‘Avatar’ arrived and became the highest grossing movie of all time and sci-fi was back again, but yeah sci-fi had been in a bit of a dead zone.

‘Ex Machina’ feels so timely. Did you want to make it feel like it could be set in 2015? It’s funny as I didn’t know it was timely when I started working on it and then suddenly I discovered there’s a ton of A.I. movies coming out. I’d worked with an actor who was on ‘Her‘ who’d been sent a script out for ‘Transcendence‘ and then Neill Blomkamp was working on ‘Chappie‘ and it’s like discovering you’re in a A.I. party. I was pretty alarmed at first, but I was just getting on with what I’m trying and it’s just a happy accident if there’s some broader sci-fi thing going on.

The idea was that if right now Apple would have made an announcement called Ava and Ava walked onto the stage. On one hand it would blow people’s mind and then there’d be some people who would also think yeah I kinda figured you all were working on something like that.

The film almost has a sci-fi mystery feel, was that intended? To an extent it’s a product of previous films where I’ve tried that balance one way and the other. This is the one I’m happiest with as the other films were too leading or too on the nose.

One of the things I’ve discovered is all the time you’re trying to be clear is wasted because people make up their own minds and also you waste screen time trying to clarify. 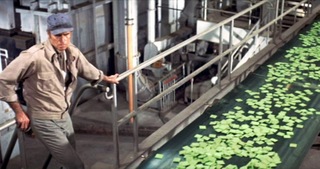 What were some of your inspirations for the film? I’m in my mid-40s, and I grew up watching films like ‘Soylent Green,’ ‘Westworld’ ‘Silent Running’ and ‘Logan’s Run.’ All of those wold be quite propulsive with these incredible agendas that helped inspire me.

What were you hoping audiences got from the film? The way I saw it, I was trying to make an ideas movie … to have a bunch of questions and propositions where people could kind of make up their own mind. There’s some questions the film poses where there aren’t answers and there are some but not in a way that’s too overt.

How are you feeling about all of the acclaim the film is receiving? The way I see it, I’m just trying to have a working life. I live and work in the U.K. so I’m kind of disconnected from what’s happening in Hollywood. 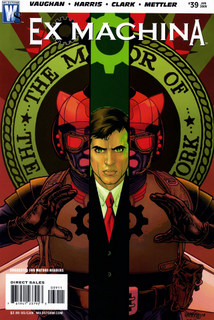 Any confusion that this was a film adaptation of Brian K. Vaughn’s ‘Ex Machina’ comic? Yeah, I thought we weren’t going to get the license to use the title, but for whatever reason we were able to use it and I’m grateful because I really liked the title.

How did you manage to shoot the film for $15 million for a genre that typically is three, four times that price? I wrote the script imagining we’d only be able to get $4 million because it’s a tricky, reflective talky movie. So I thought we’d have much less money to work with, but my producer said we needed $15 million to make the effects look right and they went out and raised the amount of money we needed.

We cut the film to a very good extent and only did the VFX for scenes we were definitely going into the movie. Some companies are wasting staggering amounts of money doing VFX and then cutting the scenes out of the movie.

I loved your work  on ‘Dredd.’ Any interest in writing/directing other comic book films? There isn’t at the moment. It just seems like such a lot of it is out there right now between Marvel and D.C. and I just don’t want to compete with that. It’s like you’re in a rowing boat and there’s these massive ships out there. You’ll just get lost in the wake.

What will you tackle next? My producer Scott Rudin put me on to ‘Annihilation.’ [Read it here: Annihilation: A Novel (The Southern Reach Trilogy)

]. It’s a really beautiful book and we’re working on trying to get that off the ground now.

My review of ‘Ex Machina’ will be up shortly, but I definitely recommend sci-fi fans and those who want a lot less action in the genre to check it out. ‘Ex Machina’ is in theaters everywhere now.