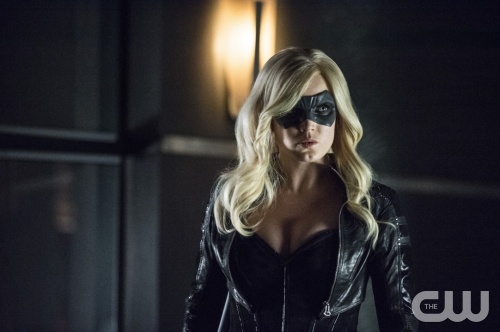 CW has officially green-lit the Arrow/Flash spin-off ‘DC’s Legends of Tomorrow, which is kinda shaping up to be a Who’s Who of DC’s second tier heroes and villains.

When heroes alone are not enough… the world needs legends. Having seen the future, one he will desperately try to prevent from happening, time-traveling rogue Rip Hunter is tasked with assembling a disparate group of both heroes and villains to confront an unstoppable threat – one in which not only is the planet at stake, but all of time itself. Can this ragtag team defeat an immortal threat unlike anything they have ever known?

While a lot of folks online are concerned about including nearly all the Marvel Cinematic Universe characters in ‘Captain America: Civil War,’ I’m a bit more worried with this spin-off.

The time travel element is a nice gimmick to work in Caity Lotz’s Canary and I’ve enjoyed Brandon Routh’s take on Atom so I’m glad he’ll continue on in a featured role in the new show, but the inclusion of Captain Cold, Heat Wave and Professor Stein seems like overkill especially with Hawkgirl and Rip Hunter (and whatever character Drameh is playing) also part of the squad.

I’m hoping the series features these guys occasionally, but doesn’t try to cram in eight characters plus the villain of the week in each episode although it sounds like this will be CW’s first superhero team show. Is it me or wouldn’t The Outsiders make the easiest team to translate onto the CW format? 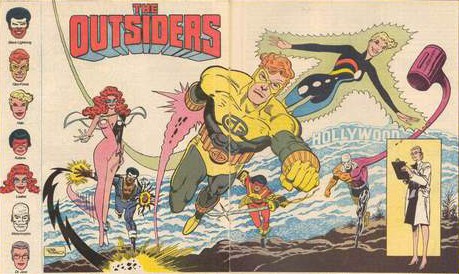 You’ve got Geo Force who controls gravity, Black Lighting is self explanatory, Halo an energy manipulator, Katana already exists in the CW world in ‘Arrow’ and Looker is perfect for the CW requisite cover model. The only tricky one would be Metamorpho, but with the advances in CGI ‘The Flash’ is doing, he wouldn’t be impossible. 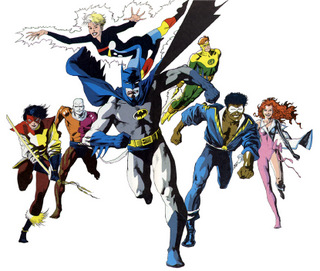 DC teams rarely get any love beyond animated shows and The Outsiders are a group that meets the CW/DC requirements.

You’ve got a brooding main hero with an accent no less tortured by his powers and his family connections in Geo Force, a loner grieving for her family in Katana, an attractive girl with a mysterious past and a teacher trying to make his community better as an electrifying hero.

All the angst a CW show needs and that doesn’t even include Looker!

What do you think? Looking forward to this new DC show or worried about superhero overload?