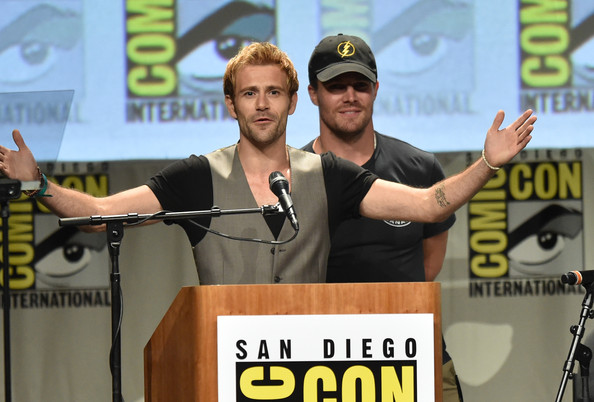 I don’t swear by many celebrities, but if Stephen Amell doesn’t strike you as an amazing human being you’re not paying close enough attention.

With the news of ‘Constantine’s’ cancellation by NBC, Amell took to Twitter to lend his support for the show’s renewal including popping up on an episode.

#SaveConstantine — Hey TV Networks / Netflix and the like… If you pick up the show, I'll guest star.

And ‘Constantine’ star Matt Ryan was quick to respond:

@amellywood man, it would be a real pleasure to explore these Guys dynamic #Constantine #SaveConstantine

Amell previously discussed how Arrow and Constantine could exist :

“The reason that I was going to guest star on Constantine, at least the idea that we were throwing around was he’s an expert when it comes to the Lazarus Pit, which is now something that is a part of and will continue to be a part of Arrow.”

While in attendance Saturday at Wizard World Philadelphia Comic Con, Amell explained a bit further why he’d like the show to get a second season.

“I think that all the support that it got, Geoff Johns at DC was supporting it, Jim Lee was supporting it, I think Grant [Gustin] was throwing a little weight behind it, as he should, because that dude is a heavy weight in the DC television universe,” said Amell. “I don’t know how it would play. I just think that it deserves an opportunity. I really do.”