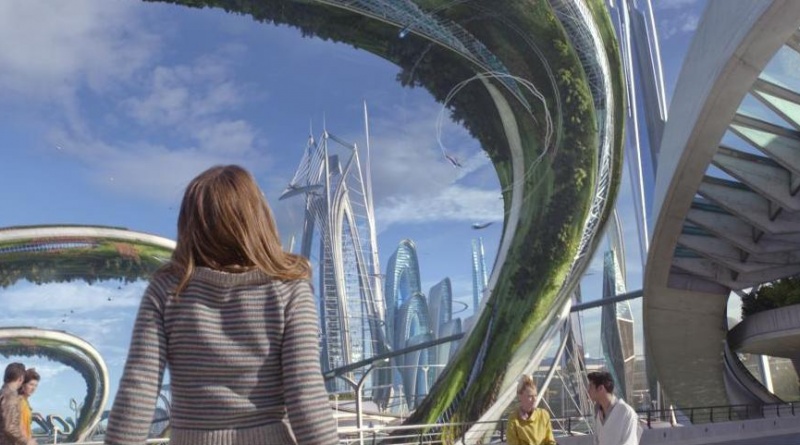 With his highly anticipated new project, Director Brad Bird seeks to encourage viewers to once again dream the impossible dream and reach for the stars. It’s an empowering and refreshing spin on the modern blockbuster, which seem more preoccupied with detailing wholesale property damage than tapping into the imagination and creativity of the audience. 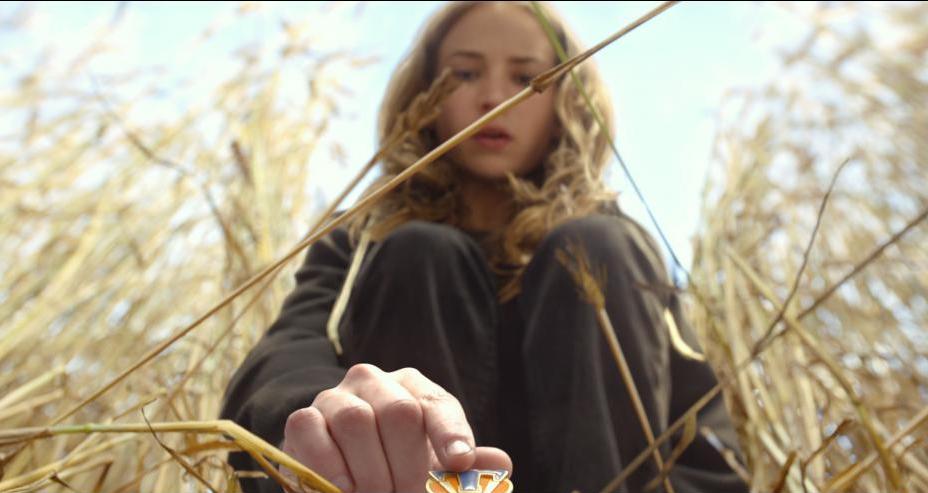 Disappointingly, there’s little reason for optimism with Tomorrowland, a family sci-fi adventure that has all the necessary ingredients to create a lively, energetic feel-good film, but feels more like a shrewdly calculated marketing plan from Walt Disney Pictures to drive families to the theme park attraction. 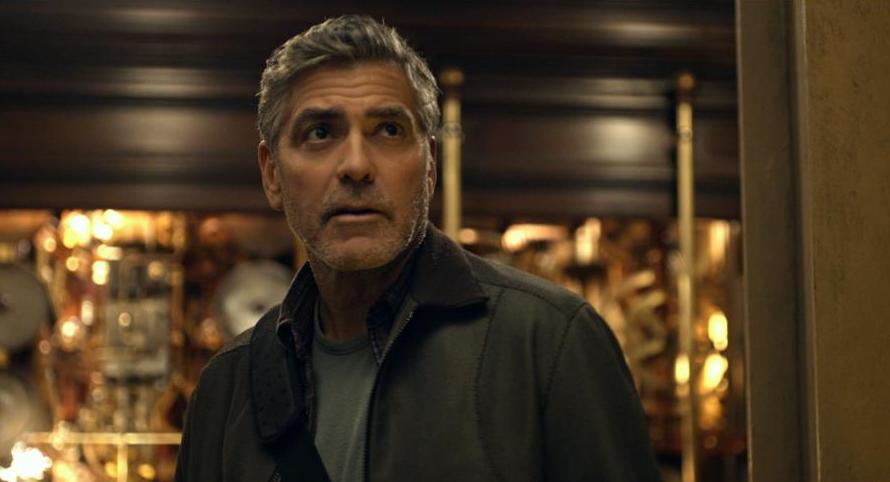 ’), seem lost as what they want to accomplish besides suggesting all of life’s woes can be undone with a lot of good old fashioned hard work and a positive can-do attitude.

High-schooler Casey (Britt Robertson, Under the Dome) comes in possession of a magical pin that transports her to a wondrous futuristic world where people are flying around on jetpacks, diving through platforms of swimming pools and helpful (non-murderous) robots help everything run smoothly.

For the imaginative Casey, this is a glimpse of a world she desperately wants to visit again. She’s directed to Frank (George Clooney), a reclusive former boy genius, who previously was a part of this brave new frontier and may have the key to returning to Tomorrowland. 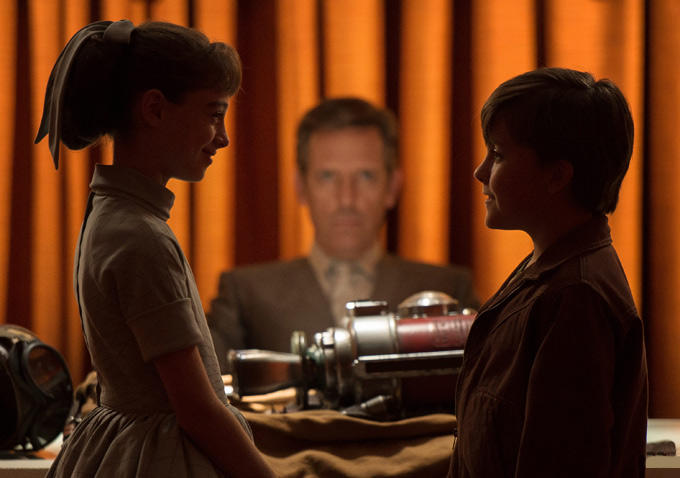 Frank is bitter after being excommunicated and is even less reluctant to help when they connect with his old childhood friend and fellow Tomorrowland resident, Athena (Raffey Cassidy). Of the cast, Cassidy is the most promising and fun as she channels Vicki from 80s syndicated show Small Wonder.

There’s a cheery hopeful tone throughout the film, which younger audiences — most of whom are too young for the more mature themes and violence in the modern comic book films — need to see more often. The new generation needs their The Never Ending Story, The Goonies and The Princess Bride too.

Clooney gives an understated performance presumably so he doesn’t overshadow his cast mates, but too often Frank and Kasey yell more than talk to each other. Poor Robertson has the hardest task of making the inconsistently written Casey likeable and only succeeding half the time. Of the three main characters she’s the one the film would benefit the most from losing and making it more about Frank and Athena. 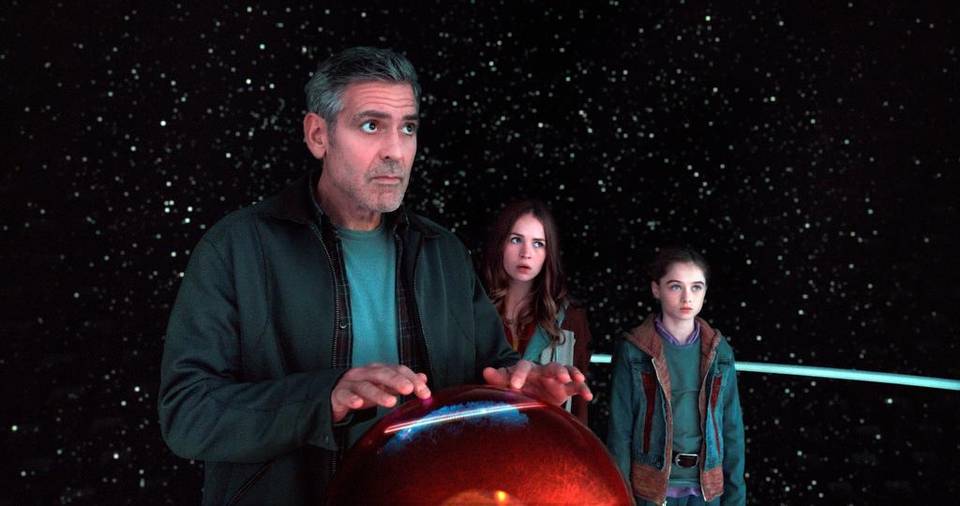 Perhaps worse than being terrible is a movie that is so lifeless it becomes boring and Tomorrowland frequently feels longer than its 130 min. run time. The stakes feel small even with the fate of the world in jeopardy. While the plot never reaches a higher level, at least the film looks good with a bright, sun-drenched color palette to reflect the tone albeit with some occasional soft looking CGI effects.

There’s a great moment when Hugh Laurie’s character, Tomorrowland’s leader Nix, denounces humanity for failing to care about one another and becoming more and more fascinated with apocalyptic themes and end of the world scenarios. 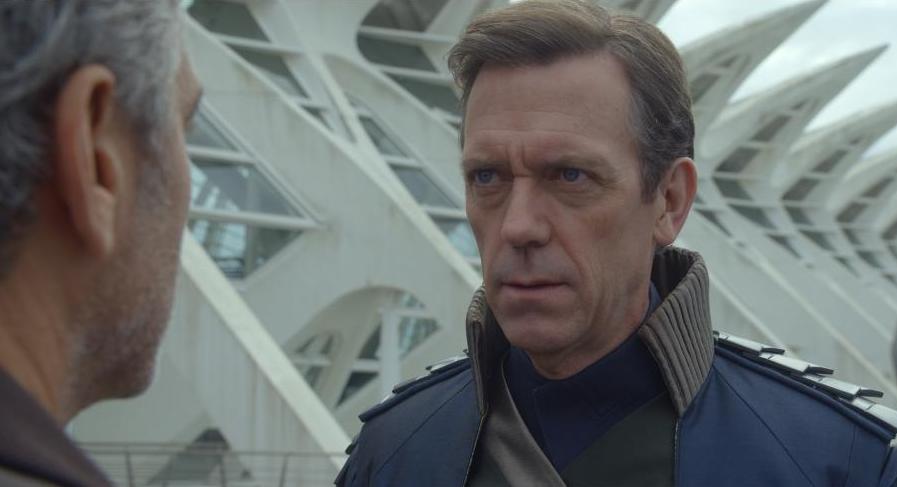 It’s a condemnation on moviegoers for so willingly plunking down their hard-earned dollars on blockbuster spectacles long on mayhem and short on heart. And then ironically, Tomorrowland falls for the same traps as the film only springs to life not in these deep philosophical discussions, but when guns are shooting, bodies are disintegrated and action gets underway.

Bird stops short of coming on screen and asking if we’re amazed at all the promise of the future if we’d just try a little harder, but the characters succeed more on luck than any actual effort on their part.

Most frustrating with the film though is the feeling that there’s a better story we’re missing out on that led to Tomorrowland’s fate, which Frank only briefly summarizes or the one that potentially unfolds after the end credits.

In a sense, we’re stuck watching the tedious middle portion of a far more engaging story — the place-holding second arc of a trilogy. And either direction would have been more compelling. 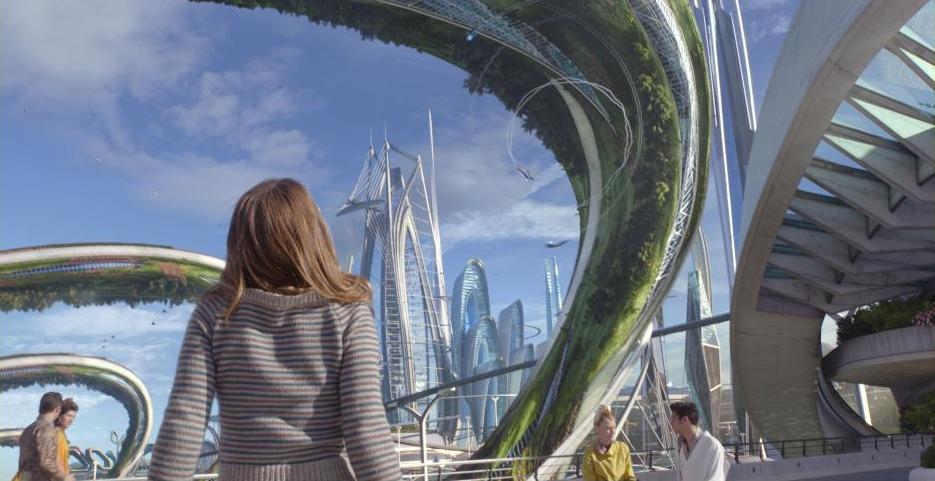 Instead, there’s little fresh to hold your attention or better yet capture your imagination. A better future may be on the horizon, but it doesn’t arrive in Tomorrowland.