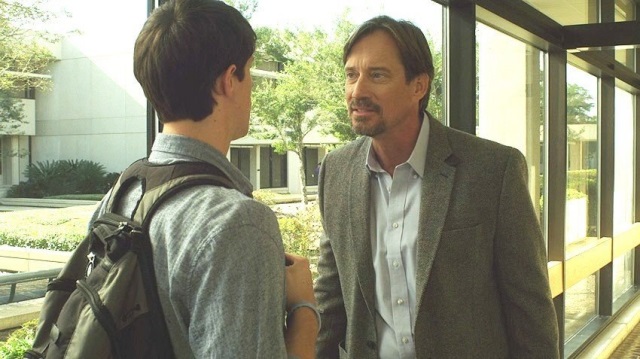 With a rousing rallying call to arms, God’s Not Dead should thoroughly reinvigorate Christian viewers, but will likely leave non-believers less than enthused or entertained. 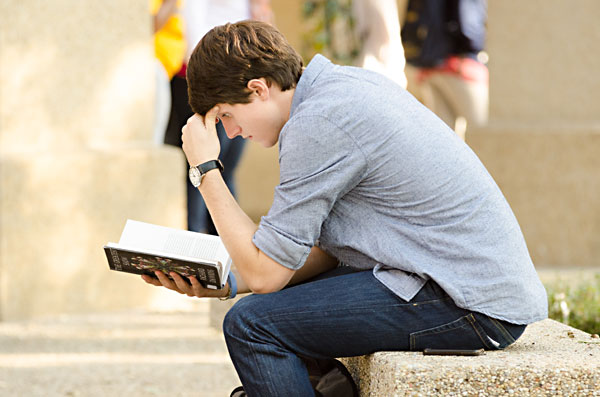 Christian films are in the interesting position of black films in the 1990s. Those that didn’t just stick to the accepted “hood tales” storyline arguably had a greater responsibility to show more than the West Coast drugged-out, shoot ‘em ups that moviegoers were beginning to equate with black films. And now Christian filmmakers have the same challenge of finding entertaining and creative ways to spread their message of faith. “God’s Not Dead” manages to accomplish that, albeit only partially.

Josh Wheaton (Shane Harper, “Good Luck Charlie”) has a perfect schedule to kick off his freshman year at college, but he is immediately warned to shift it so he can avoid the philosophy class taught by Professor Radisson (Kevin Sorbo).

Radisson has an exciting course load for his students, but he’d prefer to skip the section on religion so after twisting his invisible curly mustache and laughing maniacally, he intimidates his class to agree by writing ‘God is dead.’ Josh, a Christian, is the only student that takes offense to the demand and Radisson challenges Josh to convince his peers if God truly is alive.

Unlike many Christian films, which paint non-believers as regular folks who are undecided, uncommitted or unwilling to believe in Jesus’ existence, Radisson is portrayed as an outright bad guy. The film takes the easy way out by making Radisson too cartoonish an adversary that bullies his students, demeans his girlfriend and is so mean-spirited you’re rooting for Josh by default.

Still, as the essential storyline of the film, those scenes deliver and where Director Harold Cronk (Jerusalem Countdown) is most impactful.

Harper is very effective as a student out of his league, but buoyed by his faith and convictions. Sorbo seems to enjoy playing the bad guy and makes Radisson a smug, pompous jerk you can’t wait to see humiliated. Unfortunately, the unlikable bad guy brush is painted liberally on every non-believer, which would likely make for an uncomfortable viewing experience for those who aren’t already a Christian.

A student trying to match wits with his teacher is a substantial enough premise to sustain a film and watching Josh prepare for his debates could have covered the film’s two-hour run time, but screenwriters Cary Solomon and Chuck Konzelman cram the script with other unnecessary subplots and characters. 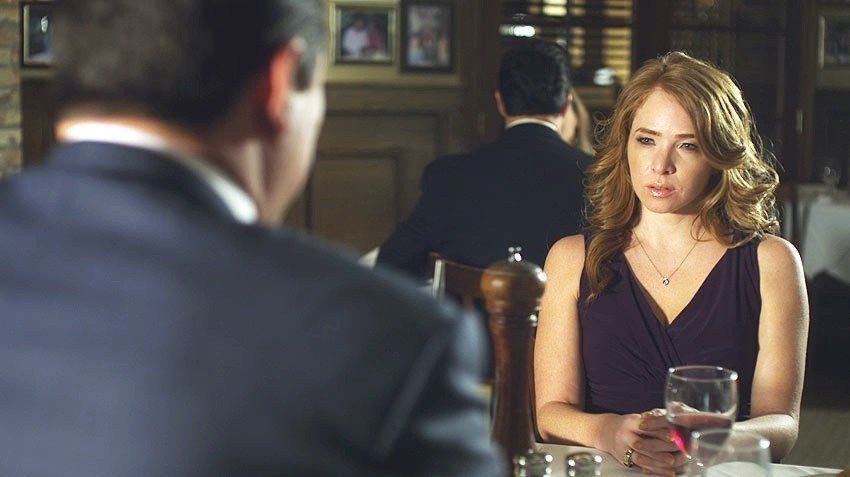 Dean Cain plays a ‘me-first’ businessman only in love with his job and professional status in the one subplot that really warranted further development, but there’s also snarky blogger Amy Ryan (Trisha LaFache) who scoffs at the notion of religion and faith until she faces a health scare; Jude (Benjamin Ochieng) and Dave (David A.R. White) are two reverends trying to take a much needed vacation but circumstances keep preventing them from getting away; Ayisha (Hadeel Sittu), a Muslim convert trying to hide her newfound Christianity from her family and Mina (Cory Oliver), caring for her mother suffering with dementia.

That’s a lot of plot threads to juggle and Solomon and Konzelman drop most of the balls they didn’t need to toss up in the first place. The film would feel more complete if the final act had a greater sense of resolution to tie these subplots together, but it only provides a satisfying conclusion for the Josh/Radisson arc. 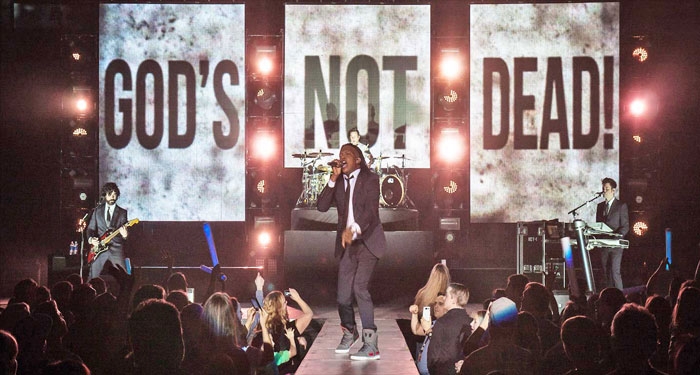 God’s Not Dead will likely get a mildly, if unenthusiastic, passing grade from its target audience, but for those that aren’t already a believer, it’s going to prove a tough and seemingly condescending experience.