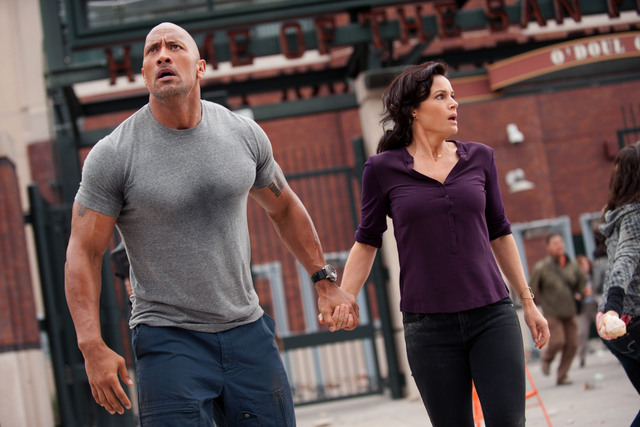 For those of you that thought Furious 7 was the most logic-defying ridiculous movie Dwayne Johnson would star in this year, San Andreas gleefully accepts the challenge and raises the bar to — hopefully — an unbeatable level. 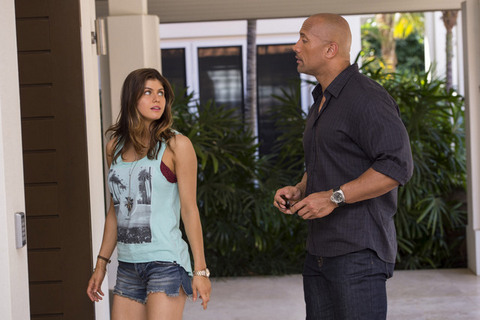 Johnson plays Ray, a rescue chopper pilot on the verge of divorce. His soon to be ex, Emma (Carla Gugino) has just delivered the divorce papers and she’s all set to finish moving in with her new boyfriend, Daniel (Ioan Gruffudd, Fantastic Four). despite their college-bound daughter Blake (Alexandra Daddario), Ray and Emma’s college-bound daughter is still holding on to a glimmer of hope that her parents will get back together.

While hanging with her potential stepdad, Blake meets a nervous Ben (Hugo Johnstone-Burt), who is interviewing at Daniel’s company and has his precocious little brother, Ollie (Art Parkinson) along for moral support. 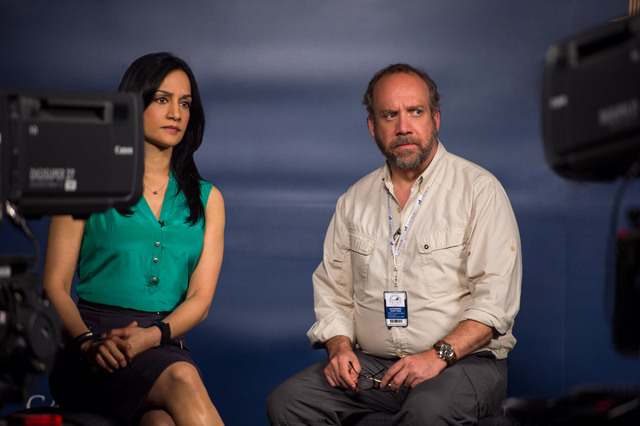 And then the mother of all earthquakes hits the San Andreas fault line as accurately predicted by a scientist, Lawrence (Paul Giamatti), who along with his staff and a reporter (Archie Panjabi, The Good Wife), hopes to warn everyone on the California coast to get to safety. You think?

From a massive chaos perspective, Director Brad Peyton (Journey 2: The Mysterious Island) delivers an impressive property damage. The destruction is indeed a spectacle, but Peyton has a solid comprehension of the physics of collapsing buildings so the mayhem looks more grounded in reality than some other disaster genre spectacles that can barely hide its CGI blueprints. Enough effort was made that 3D is the way to view it.

Johnson remains the closest contemporary films have to a throwback action hero and he can do no wrong even with a movie that fails to tap into his larger than the big screen charisma.

Matched with Gugino, whom he previously teamed with on Race to Witch Mountain and Faster, the two have an easy chemistry and while the script practically thrusts their characters back together, they make the reconnection feel slightly less forced. 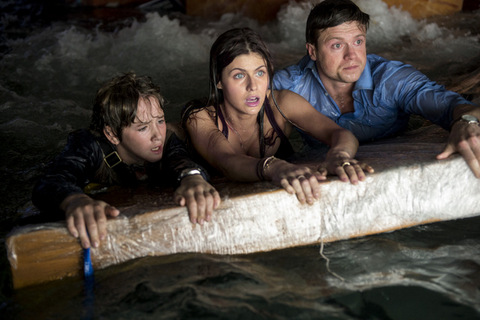 The filmmakers go to logic and credibility-stretching limits to reunite Ray, Emma and Blake so anything they need be it plane, truck or boat is so readily available that it becomes an unintended running joke. 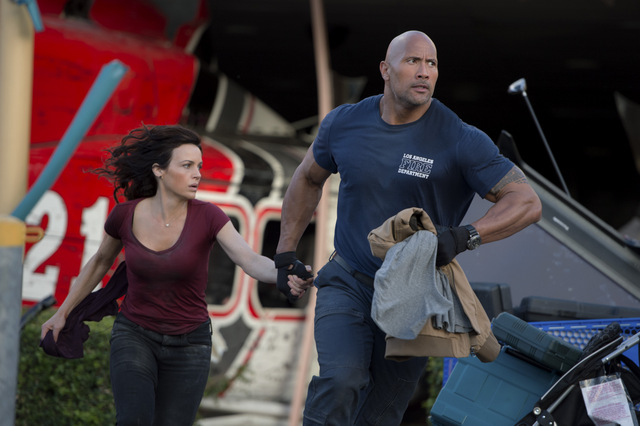 For their other plot flaws, Peton and Cuse forget the golden rule of a disaster movie: no one is safe.

Even at its most mediocre, any decent disaster film will kill off characters the audience has become invested in.

It’s helpful if for no other reason than to show this freak force of nature isn’t playing favorites and that everyone is fair game no matter if they’re the comic relief, the group’s patron saint or amazingly fills out a tight tank top. Random characters getting incinerated, falling out of buildings, getting sucked underground or washed out in tidal waves may as well be just another car or building for the emotional investment the film delivers the non-speaking characters who are but so much disaster-fodder.

The main cast though may as well be wearing portable force fields. Sure they can get a few scratches and maybe even get cut a little bit, but Cuse and Peyton aren’t going to let a record catastrophic global event get in the way of a great big family-friendly happy ending for everyone.

A disaster movie that makes up its own rules and seemingly goes out of its way to avoid making audience members uncomfortable is fairly worthless and there’s little reason to sit through it unless you’re a major fan of Dwayne Johnson or just want to watch California crumble for a few hours.