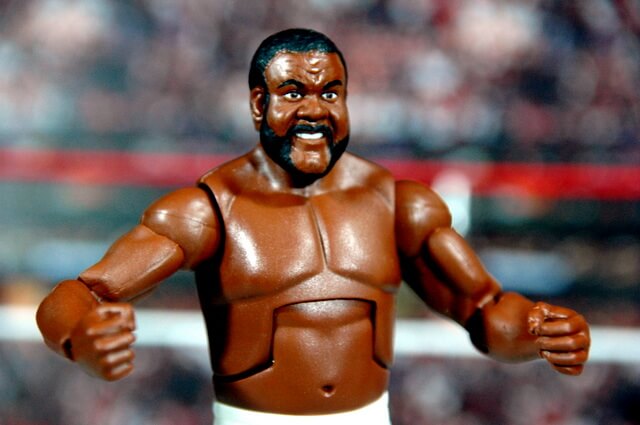 Junkyard Dog was one of my absolute favorites as I got into wrestling at the dawn of the Hulkamania/Rock n Wrestling era. He wasn’t a technical whiz like a Bret ‘Hitman’ Hart and didn’t have a crazy muscular physique  like The Ultimate Warrior, but that didn’t matter. In my eyes he was second only to Hulk Hogan in terms of the WWF star I was most excited in seeing each week. His inclusion in ‘Hulk Hogan’s Rock ‘n’ Wrestling’ only solidified his popularity for me.

Last year’s San Diego Comic Con  was like the all-time greatest wrestling figure reveal with the announcements of both Hogan and JYD in Mattel’s WWE line. My expectations were exceptionally high for both figures. The Defining Moments Hogan just about met all of them so the pressure was on for JYD to deliver as well. Did he? Let’s climb into the Dog’s yard and find out.

Packaging: If you’ve picked up a WWE Elite figure since Wave 32, you’re familiar with the package. The blue and light grey remains the cleanest and most visually appealing of the 6″ offerings. I’m starting to become a bit greedier though and want to see a little more of a bio to the figures as opposed to the more baseball card stats provided.

Likeness: The Dog hasn’t looked better in figure form. There’s no guesswork needed here as the head sculpt is dead on and one of the best Mattel has done thus far. 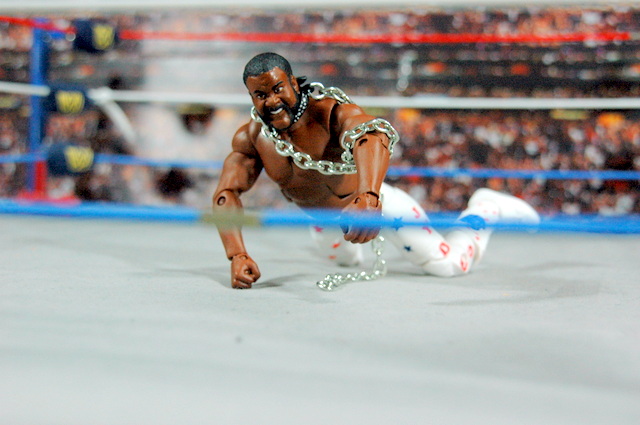 You could argue JYD is a bit slimmer than JYD was at that point in his career. JYD was thick particularly from the midsection to his legs, but of the parts available, the ones selected are the best choices as the next larger size would be too big.

Paint: JYD’s paintwork is also some of Mattel’s best. There’s a lot of potential for paint mishaps with the blue and red stars and the lettering along the side of the tights, but everything came out smoothly right down to the dog tampo on his boots and the trademark ‘Thump’ on his backside.

JYD wore red tights as often as the white tights, but I was glad Mattel opted to go for white as it helps make him stand out in a Mattel display (which has a lot of reds and blacks). It’s solely a personal preference, but I’m happy with the tight choice. JYD is a 2004 Hall of Fame member so it’s possible he’ll get another figure in the Hall of Fame line. 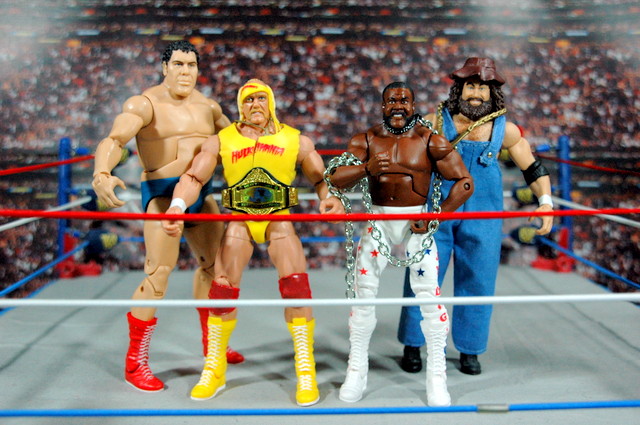 Scale: JYD was billed as 6’3″ and his figure is appropriately shorter than Hulk Hogan and Hillbilly Jim at 6’7″ and the 7’4″ Andre the Giant. Scale for the wrestling figures is so important and it’s great to see Mattel get it right far more often than not.

Articulation: JYD wasn’t exactly known for being the most agile of wrestlers even in his prime, so you won’t have any problem hitting any of his moves from the big headbutt, THUMP powerslam or even doing his pre-match dancing on the ring ropes.

My figure’s joints were nice and tight too so no worries about any floppiness. 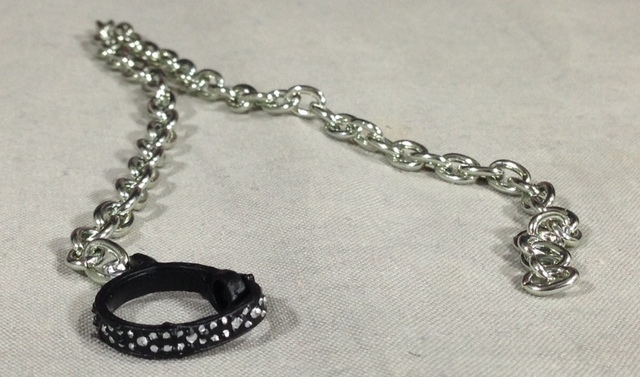 Accessories: Outside of maybe a T-shirt there’s not a lot JYD has to come with save his trademark chain and dog collar.

Mattel went a bit above the norm and instead of a weak plastic chain, used actual metal for the chain and it’s long enough that there’s plenty of give for the dog collar portion. 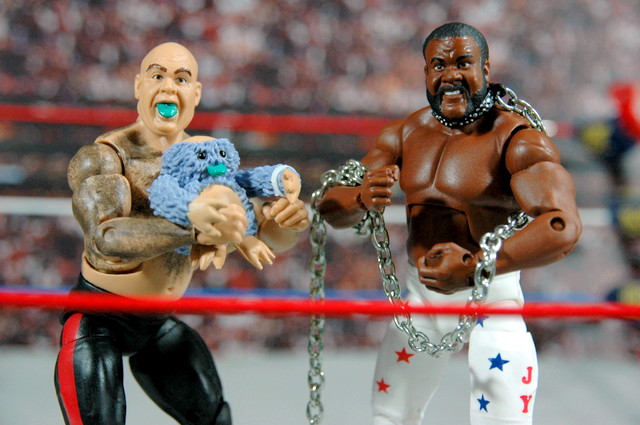 For old school fans, the chain has enough space that you could just about do a Russian chain match with it and the thought of having a double dog collar match is tempting enough to make it worth picking up another figure.

Worth it? Regular Elites range in prices these days from $16 to $21 depending on the retailer.

For $16 you’re getting a fantastic version of one of the most beloved WWF stars during its Golden Era. 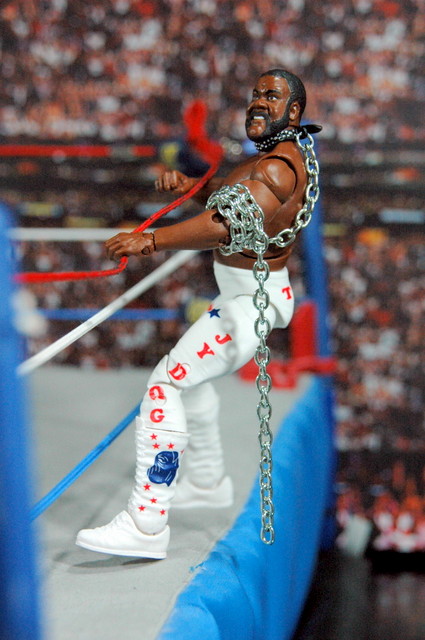 I had high hopes going in for this figure and Mattel delivered everything I could want from it as this is one of my favorite Mattel figures yet.

Where you can get it? JYD is a great figure, but not enough folks are appreciating him as he’s the one Flashback you’ll be able to find from the last three waves fairly easily. pretty much everywhere at this point. You can find him at Target, Toys R Us and Amazon.WWE Elite Collection Series #33 – Junkyard Dog