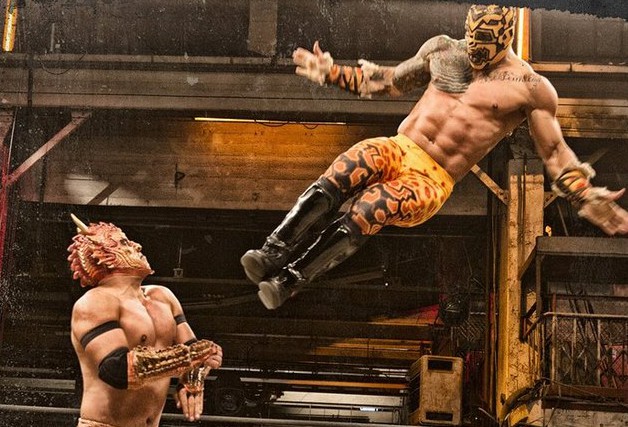 Mattel is killing with its WWE Flashback/Legends line, but as my No. 1 loyalty is now fully devoted to Lucha Underground, it’s about time for some company to tackle the most exciting wrestling promotion going today. In my perfect little figure world Mattel would be able to make LU figs to compliment its WWE Elite line and who knows if LU will even be around long enough for a figure line? Bah, no sense in letting logic and reason mess up a good wish list.

And man, with the colorful characters and intricate costumes a figure line of the stars of Lucha Underground is something that needs to happen. With a stacked roster, narrowing down my choices to just 10 was way too tricky so I cheated a bit to add in four more essential characters from the show. And while there’s still some guys I wish I could fit in (Hernandez, The Mack, Killshot, Cage) this is a pretty good assemblage of the top talent in Lucha Underground.

Let’s start with my cheats: 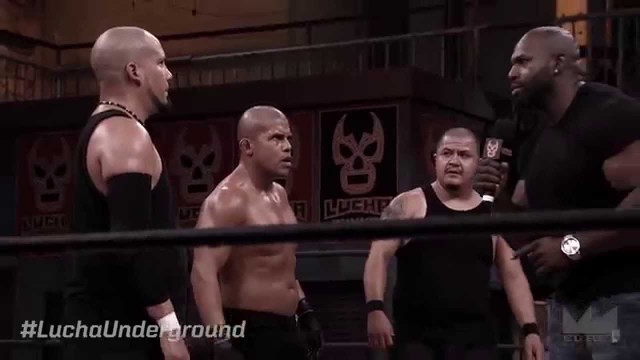 3-pack box set: The Crew. Dario Cueto’s trio of thugs — Cortez Castro, Mr. Cisco and Bael are the muscle behind The Temple’s shady promoter and are willing to do whatever to whomever to remain in his favor. 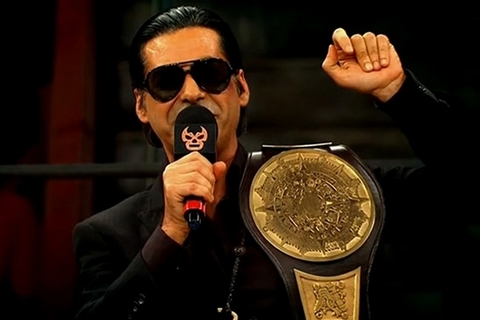 Build-a-Figure: Dario Cueto. The man who makes The Temple go round has been the best shady commissioner/GM since Vince McMahon so it’s only fitting we’d have to put him together by at least five figures. For the next set of my dream line, maybe we could throw in his desk and office door? Now on to the wishlist! 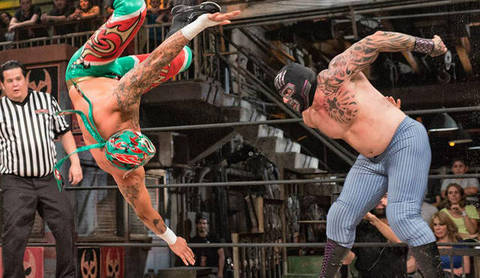 The man of a thousand deaths is Lucha Underground’s equivalent to ‘Rocky IV’s’ Ivan Drago. If his opponent dies while battling him, he dies. Muertes is not a high-flying luchadore, but a mean, rugged brawler who leaves his foes vanquished and leaves their bodies laid off for his girlfriend Catrina to give one of her trademark kisses. [Accessory: power stone]

We might not see a more spectacular move all year than the insane leap from the heavens Angelico did in the finals of the LU Trios Tournament. The South African luchador is one of the most dynamic wrestlers in the world today. [Accessories: removable shirt, hat and Trios Title] 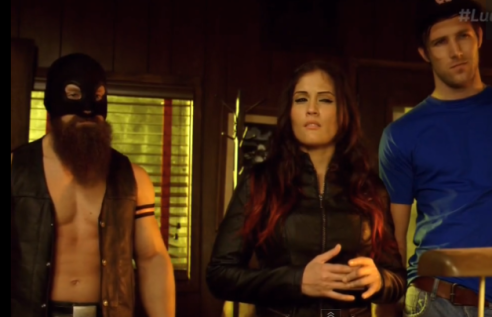 ‘The baddest b#$%@ in the building’ takes a back seat to no one as she competes against men in the ring. The former girlfriend/current trios partner with Son of Havoc would benefit most with Mattel’s attention to scale in showing how impressive it is for her to battle Lucha Underground’s best one on one. [Accessories: bandana, Trios title and crutches]

The likable bearded format doormat of LU has now emerged as a crowd favorite and is one of the most resilient and popular combatants in The Temple. [Accessories: removable vest and Trios title]

Perhaps the most fearless luchador of the entire roster, Sexy Star regularly competes against some of the most sinister members of Lucha Underground without taking a back seat to anyone.

The man of a thousand lives is one of the flashier members of the LU roster with crazy corkscrew maneuvers and colorful outfits. In lieu of some extravagant ring gear, give Fenix a coffin to recall his Grave Consequences matchup with Mil Muertes.

Maybe more than any other member on the LU roster, Pentagon Jr. screams the most toyetic with his walking nightmare look. The cruel luchador delights in breaking his opponents’ arms in tribute to his yet to be revealed master.

In the storylines, Drago is a dragon that’s reincarnated as a human. Remember when every WWF star had that kind of crazy (and outstanding) backstory? 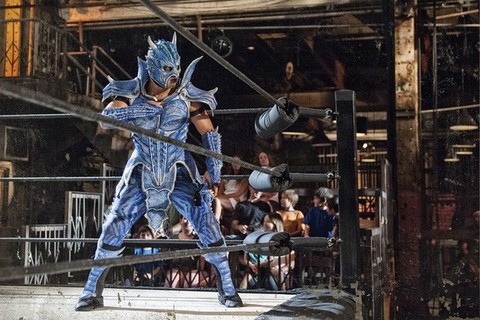 Whether in his pre-match attire or when he’s ready to go to war in the Temple, Drago’s look would make his figures fly off the shelves. [Accessories: Dragon helmet and removable vest] 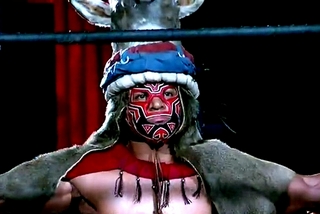 The hunter is the most cerebral and fluid of The Temple grapplers and he has by the far the coolest ring attire. [Accessory: deer head cowl] 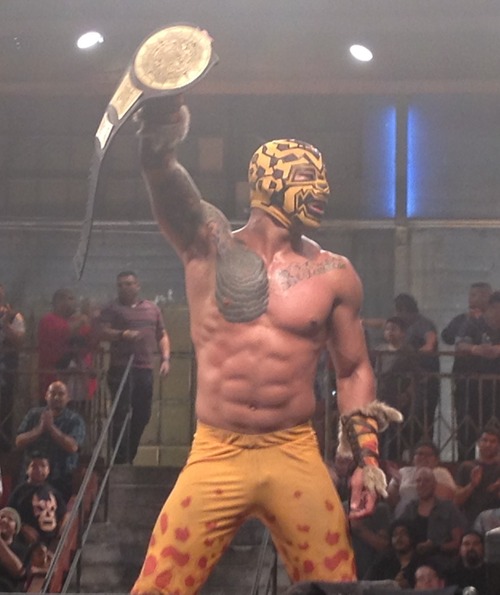 Those are my picks. Who would you want to see in this imaginary line?