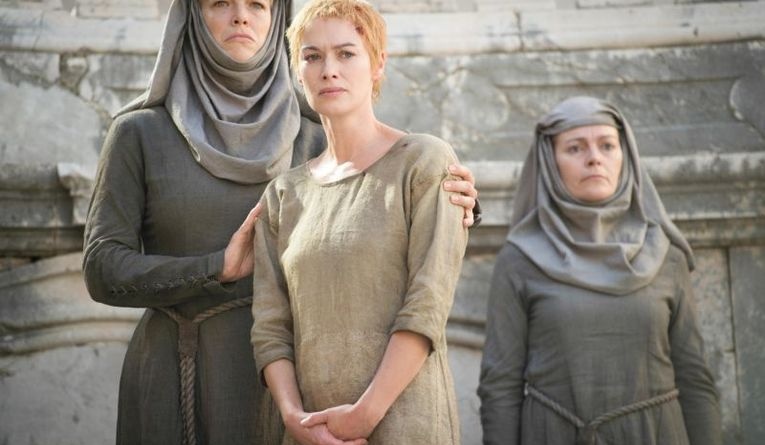 You quickly learn with ‘Game of Thrones’ that it’s best not to get too attached to any character as they could get killed off at any moment. Season 5 reinforced that school of thought more than any other with a frequently chaotic and violent season finale that took several major players off the board.

Stannis Baratheon has a problem. He tossed the keys to the castle, Ser Davos, his wife and his beloved daughter in the pot and went all in with The Lord of Light. But Stannis bet on red (for Melisandre) when he should have used just a little common sense and now his dreams of claiming the Iron Throne are quickly shattering.  You see, Stannis can kill a bunch of Wildlings, burn a few dissenters to his cult religion at the stake and even brazenly flaunt his affair with his side piece, but even mercenaries can’t stand by when you have your child executed.

Stannis awakens to learn half his forces deserted — with all the horses — and just when he thinks it can’t get any worse, his wife has hung herself. Melisandre smells the losing stench on Stannis and leaves him as well. So with no horses, no family and half an army, Stannis marches on Winterfell. With the odds clearly not in his favor any more, the Bolton army makes quick work of Stannis’ forces. Stannis meanwhile manages to make it back to the woods where he barely survives an attack from two Bolton soldiers before Brienne arrives. I kinda figured it’d be Brienne who would kill Stannis in the end, but I was surprised we didn’t get the typical gratuitous money shot of a major character’s death. It’s up to our imagination for now to assume how Brienne avenged Renley’s death.

A strong option at the start of the season, Stannis seemed poised to be the rightful heir to the throne we could all get behind. But he quickly became a lost cause after sacrificing his daughter for the sake of winning a war. His inglorious defeat seemed fitting (has a GOT villain ever received such immediate payback from his actions?), but man was that promising Bolton/Baratheon battle anticlimactic![irp]

Sansa sized up the battle as a means to rally the remaining Stark allies to her side, but after witnessing Stannis’ defeat, she decides now is not the time to get more people killed. She’s learning. Unfortunately, Ramsay’s mistress Myranda threatens to torture her until Theon makes a surprising return and kills Myranda. Not that Ramsay needed any motivation to go psycho, but they both realize they’re better off jumping from the Winterfell tower (into the soft snow?) rather than face his wrath. Cliffhanger No. 1.

Sam asks Jon’s permission to go to Old Towne to become a Maester to help prepare for the battle with the White Walkers … and maybe enjoy a bit more of this exciting sex thing with Gily. Jon reluctantly agrees, but this act of favoritism can’t hardly be considered a wise move.

Meryn Trant was all set to be the creepy pedophile in Bravos and starts beating on three girls. When the third doesn’t flinch as quickly as the others, he’s intrigued until Arya reveals herself and stabs out his eyes and proceeds to stab away before claiming vengeance for her dance instructor’s death. This sequence felt so rushed and just as soon as the Arya/Trant subplot resumed, it was wrapped up.

Jaqen and the girl confront Arya for her unapproved assassination and in an odd scene, Jaqen kills himself and is revealed as no one while the girl turns into Jaqen. And Arya goes blind. Arya’s storyline this season had been one of the weakest and this confusing payoff did little to tie it all together. Beyond taking a name off her list and maybe going blind, nothing of any consequence happened for her this year.

Our globe hopping continues as Jaime’s crew prepares to return to King’s Landing. Ellaria gives Myrcella a long (poisoned) kiss goodbye and it takes hold just as Myrcella reveals to Jaime that she knows he’s actually her father. Looks like Ellaria is gonna get that war she’s been lusting after all season.

In Mereene, Daario and Jorah decide to track down Dany and leave Tyrion, Grey Worm and Missandei in charge. Tyrion getting another crack at ruling a land after his brief stint as the King’s Hand has potential, but Varys resurfacing and offering his assistance has even more potential. Daario and Jorah are going to be on the hunt for Dany for awhile as Drogon brought her back to Dothraki country. Will they recognize her authority? Stay tuned!

Back at King’s Landing, Cersei has finally reached her limit — to a point — and confesses of her fornication … with cousin Lancel, not dear brother Jaime. The High Sparrow questions her on the incest rumors, but she continues to stay true to the lie. While awaiting her trial, Cersei can return to the palace, but first she’s going to take the longest Walk of Shame ever. The Faith Militant’s female members harshly scrub and shear Cersei’s luxurious locks to a pixie cut before the High Sparrow has her make a walk of atonement — naked through King’s Landing.

The commoners that Cersei so lightly regarded now get a chance for some payback and jeer, taunt, spit and throw rubbish on her. This should be an extraordinary fan-service moment where one of the series’ main villains is humiliated and embarrassed beyond measure. Instead, the scene plays out so long it actually made me feel sorry for Cersei Lannister. Great, now I need a thorough scrubbing. Once Cersei makes it back to the palace, her right hand man Qyburn has a present for her — a freshly reanimated Mountain now serving as a member of the King’s Guard ready to dispatch her enemies. Tell the High Sparrow to invest in some strong helmets come next season. It was a bit disappointing there was no advancement on Littlefinger’s latest scheme with Olenna or any follow-up with Margery, who’s also in prison thanks to the Faith Militant.

Davos is back at The Wall asking Jon to help Stannis. He really needs an update on current events, but Melisandre returning solo lets them know reinforcements won’t be necessary. As Jon considers the loss of another ally, his squire Olly says a man has word on Jon’s long-lost uncle Benjen Stark. But as Jon moves past the circle of Night’s Watch brothers, he sees only a sign with traitor on it and Alliser Thorne leads a mutiny as the NW go Cesar on Jon stabbing him and uttering the words ‘For the Watch.’ So Ghost can figure out Sam is in trouble from two Night’s Watch, but with his owner in real trouble he’s nowhere to be found?

Olly makes the fatal blow as Jon hits the ground. And now his watch has ended. Or maybe not. In the books, Jon’s fate has yet to be fully revealed as author George R.R. Martin hasn’t finished the next book detailing what became of Jon after the mutiny. But as the show has continued to remind us, being a hero in ‘GOT’ will get you killed.

I was a huge fan of Stannis and Jon this season so of course they both get killed off. And I really needed a rematch with Jon and the White Walker army. Littlefinger remains the most interesting character to watch even if this saga is really just about Dany claiming the throne. While some characters got shortchanged, Season 5 boasted some of the series’ best moments, character interplay and unforgettable scenes to emerge as one of ‘Game of Throne’s’ most fascinating and compelling seasons yet.