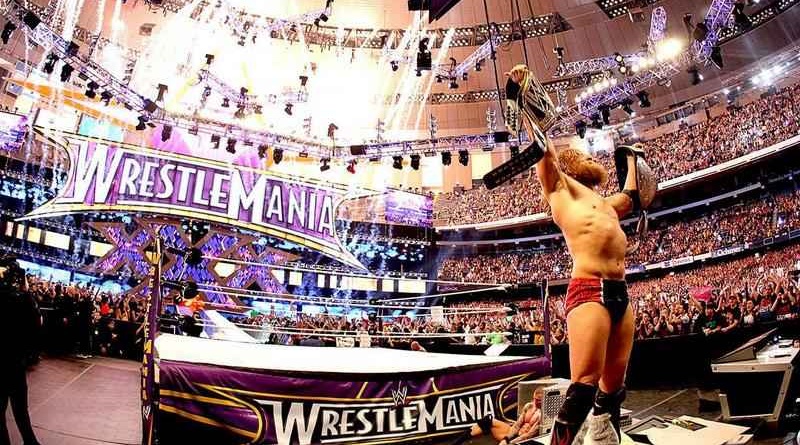 Daniel Bryan is one of the most feel good stories in WWE history. His years spent honing his craft on the independent scene and mired in the WWE midcard finally paid off last year when he headlined Wrestlemania 30. There, Bryan closed ‘the showcase of the immortals’ as the undisputed world heavyweight champion — a role few within the WWE envisioned before an unprecedented fan effort propelled him to the top of the promotion.

WWE Home Video celebrates this unlikely success story with Daniel Bryan: Just Say Yes! Yes! Yes! a solid, but not nearly as comprehensive a treatment worthy of the B+ player who ascended to a historic all-time classic Wrestlemania moment. 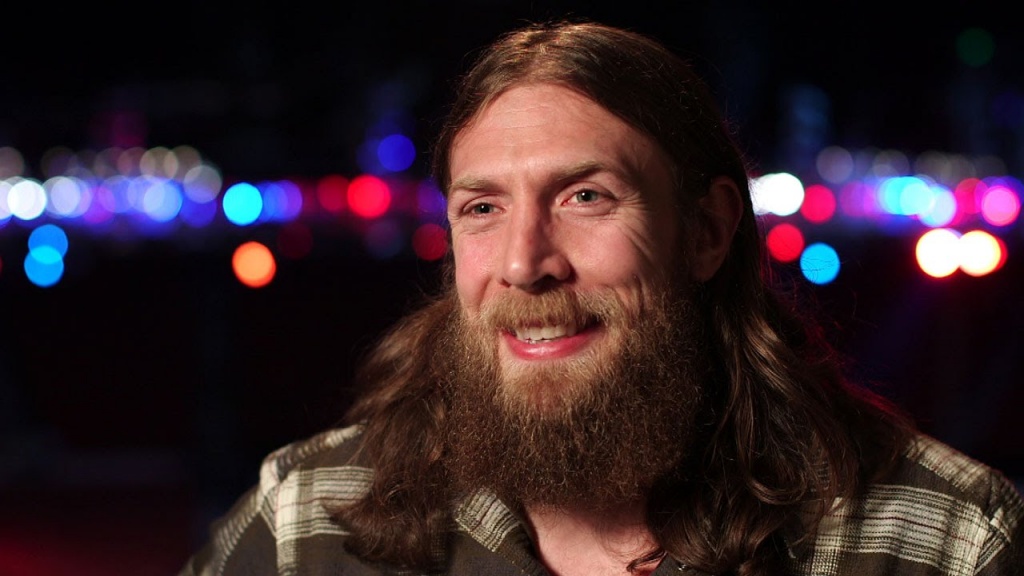 Like The Destruction of The Shield, this is a WWE Network documentary to share the behind the scene moments to a major WWE event with the steps along the way briefly covered to explain the importance of the big match instead of a full career retrospective. Just Say Yes! is a glorified build-up to Bryan’s clashes at Wrestlemania — first against Triple H and a potential second matchup to compete in a three-way match for the WWE title against Batista and Randy Orton.

As a Wrestlemania hype effort, Just Say Yes! makes for a compelling reason to support Bryan, who is portrayed here as a shy, unassuming sort often uncomfortable and embarrassed with his ‘celebrity’ status. The documentary quickly details his pre-WWE career brushing through his Ring of Honor career where he was widely hailed as one of, if not the best wrestler in the world. With a Roman Reigns, you can skip past his work before he arrived in WWE, but Bryan had long established himself as a star and this felt like it belittled his efforts to be among the best in his craft.

From there, we cover his stint on NXT — the hybrid wrestling reality/game show featuring wrestlers, not the amazing stars of tomorrow showcase it is currently — and his brief run with The Nexus. The documentary goes back and forth exploring Bryan’s past and his present as he prepares for Wrestlemania, suggesting perhaps unwittingly that the steps along the way to him headlining Wrestlemania isn’t as important as watching Bryan nervously prepare to speak with the media or make the pre-Wrestlemania rounds.

Since Bryan doesn’t especially enjoy talking about himself, the video has an unofficial co-star — Bryan’s wife, Brie Bella. The problem, of course, is save Bryan’s mother there probably isn’t another person less qualified to give an unbiased take than Brie. And fittingly, all of her comments are glowing, loving and less than insightful. At times, the documentary feels like spare material from Total Divas, the WWE reality show that frequently features Brie and Daniel’s off-screen life. 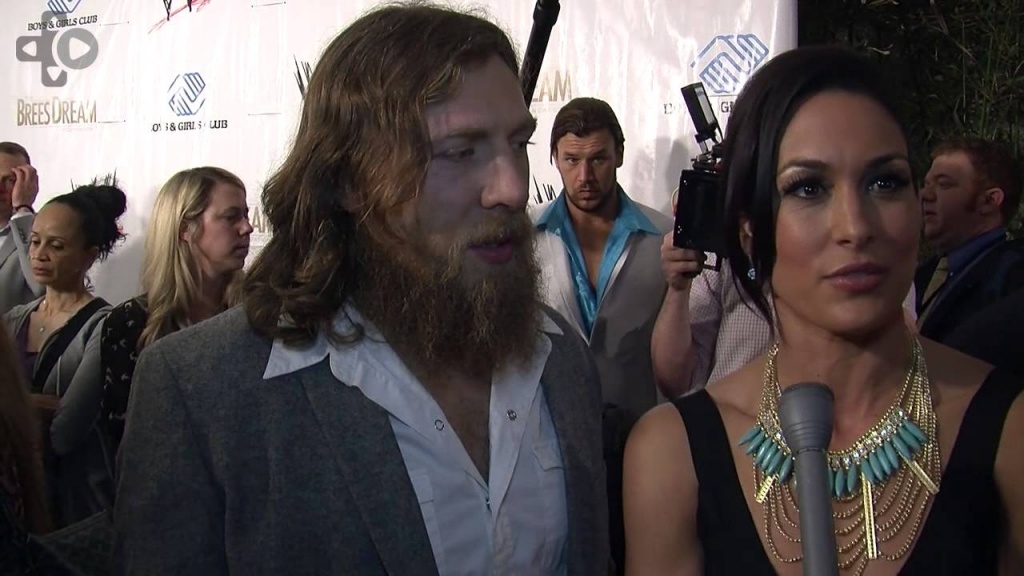 The tone of the film is also a bit confusing. Some interview subjects like Seth Rollins, Sheamus and Cesaro freely discuss the behind the scenes drama and challenges Bryan faced in earning his Wrestlemania opportunity while others like Michael Cole and The Miz stay somewhat ‘in character’ in telling Bryan’s story.

WWE legends ‘Stone Cold’ Steve Austin and Shawn Michaels were seemingly interviewed backstage at the 2013 WWE Hall of Fame ceremony. While their inclusion was nice, their comments came across as rushed and not nearly as introspective as they could have been had WWE Home Video been able to sit down and let them fully discuss Bryan.

Most frustratingly for viewers familiar with Bryan’s journey will likely be the talking heads painting Bryan’s main event ride as a carefully calculated plan by WWE management and less the result of an impassioned fanbase who refused to allow their hero to be relegated to midcard status. 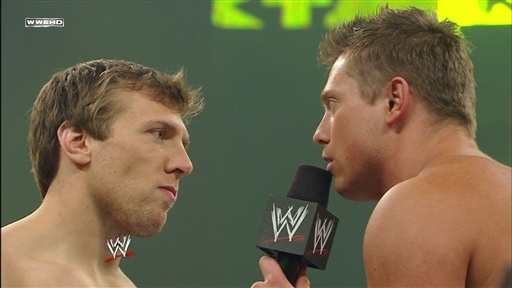 Here the blurred lines of selling Wrestlemania hurt the overall documentary as comments from top WWE execs/onscreen heels Triple H and Stephanie McMahon would have helped explain the thinking behind the reluctance for management to fully embrace Bryan as a main event player. Bryan further endears himself for being forthright in his take on the situation and his frustration with management’s lack of direction with his career.

Still, there’s a number of quality, unscripted scenes like Brie’s reaction to Bryan’s Wrestlemania matches and Bryan getting congratulated by his peers backstage culminating in a heartfelt moment that subtly paid off a documentary-long connection between the two at Wrestlemania.

Disc 1 covers the straight documentary portion while the remaining two discs cover a number of Bryan’s WWE career highlights including his 2000 tryout match, his 2 out of 3 fall match with Sheamus at Extreme Rules 2012 and his MOTY contender against John Cena at Summerslam 2013. Bryan shares his thoughts on the storyline build and the matches, which in some cases is more insightful than the abbreviated discussions on the first disc. Given the hype, I was disappointed (but not surprised) at the lack of inclusion of Bryan’s Wrestlemania matchup against Triple H.

Bryan comes across in these segments as a guy who could talk about wrestling non-stop and it’s when he’s most comfortable. He doesn’t feel the need to protect his image by only including matches he won although it would have been nice to see him on the victorious side a bit more often on Disc 3.

Given the still uncertain future of Bryan as he attempts another comeback, it’s doubtful WWE will feel the need to revisit his career again. If that is indeed the case, ‘Just Say Yes! Yes! Yes!’ is too slim and too surface level a glimpse at one of the most unique and fascinating wrestlers to join the WWE since the end of the vaunted Attitude Era.

Buy it from site partner Amazon.com and they’ll kick back a small portion of the purchase to help keep the site rolling: