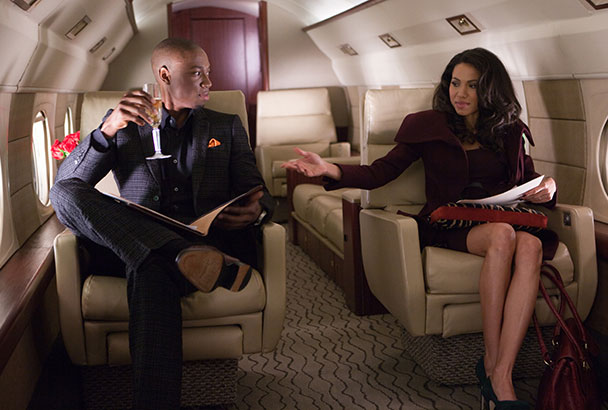 Opting to make an adult version scared straight PSA instead of a thoughtful, provocative piece on marriage,Tyler Perry hopes to frighten couples into staying together with his latest drama Temptation: Confessions of a Marriage Counselor.

While his efforts to curb the divorce rate prove questionable, most couples and moviegoers will likely agree this is one of the more disappointing efforts from Perry, whose dramas are typically much more engaging and sensible.

A marriage counselor (Candice Coke) shares a story with a cheating wife about her younger sister, Judith (Jurnee Smollett-Bell). From the onset it’s clear the wife doesn’t pay attention to details like her counselor’s first name, but no biggie. 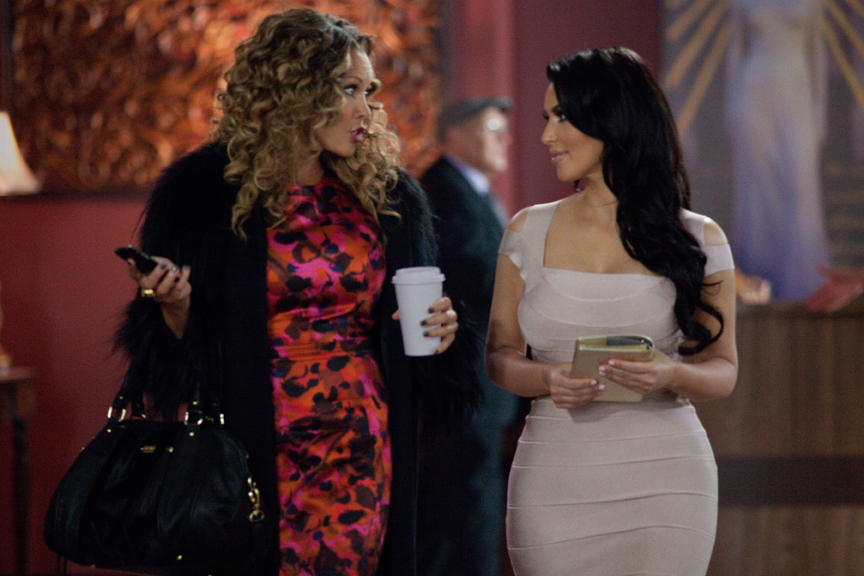 The counselor details Judith falling and eventually marrying her childhood sweetheart, Brice (Lance Gross), a good guy who dreams of owning a pharmacy while working for pharmacy owner Ms. Chapman (Renée Taylor). Judith has her own dreams of running a marriage counseling service, but for now she works as a therapist for a matchmaking service ran by Vanessa Williams using a distractingly goofy French accent.

Judith’s closest friend, Ava (Kim Kardashian in a stunt casting move that reinforces the notion she’s a better celebrity than an actress), is more preoccupied with Judith enhancing her wardrobe to better reflect their friendship.

Perry, who wrote and directed the film based off his play The Marriage Counselor, seems to think we live in a world without Lifetime or Hallmark movies and he’s the first one to provide a glimpse into the seductive world of the new, fresh and dangerous.

Judith’s firm hopes to land a big account with multimillionaire Harley (Robbie Jones), who immediately takes a liking to Judith and starts trying to start a romance with her — marriage be damned. Jones isn’t the most commanding presence and he makes Harley a hard sell since Perry doesn’t make Judith especially lured by the trappings of wealth.

Disappointingly, Perry won’t commit to empowering Judith to go after what she wants .. or at least thinks she wants. Harley may as well be wearing pointy ears atop his clean shaven head as Perry portrays him as the great seducer practically forcing Judith to commit adultery to the point it almost appears like the choice has been taken from her.

Brice and Ms. Chapman meanwhile hire Melinda (Brandy Norwood), a woman with a dangerous secret that isn’t nearly the bombshell Perry intends as he telegraphs it too easily with his careful omission of information. Gross is a likable actor and he fully earns the audience’s sympathy in his victim role. 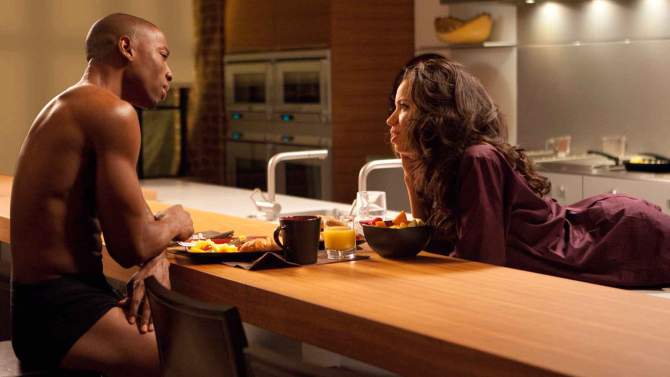 One of the major issues with the film is the lack of remotely realistic behaving characters. Judith’s mother Sarah (Ella Joyce) can barely string together a few sentences together without being the cliche overly dramatic scripture-spouting character.

Neither Judith or Brice appear to have any friends, which could work in a small-scale play with a limited budget for a supporting cast, but seems a stretch in a feature film. Brice doesn’t find it strange that Judith is spending more and more time with Harley and Ms. Champman is utilized solely for tone-flat comic relief.

Smollett-Bell doesn’t get a lot of help from the script as Perry has her acting increasingly erratic and out of control thanks to her affair. While she’s believable, Judith’s spiral comes out of nowhere as she’s turned into a thrill-seeking, substance abuse wildcard.

And just when it appears the film can’t possibly get any more absurd, Perry further turns the characters into caricatures in the final act. This probably played just fine on the play circuit, but the characters stop ringing true and Perry rushes through the film’s last 20 minutes to tie together all the various subplots thanks to beyond tedious pacing for the first hour.

Perry’s morale is clear — if you cheat on your spouse, prepare to spend the rest of your life in misery of your own making. That misery does not have to extend to enduring Temptation however. Don’t bother with it even if you stumble across it on Netflix or cable.

0 thoughts on “Temptation: Confessions of a Marriage Counselor review – a sin to behold”