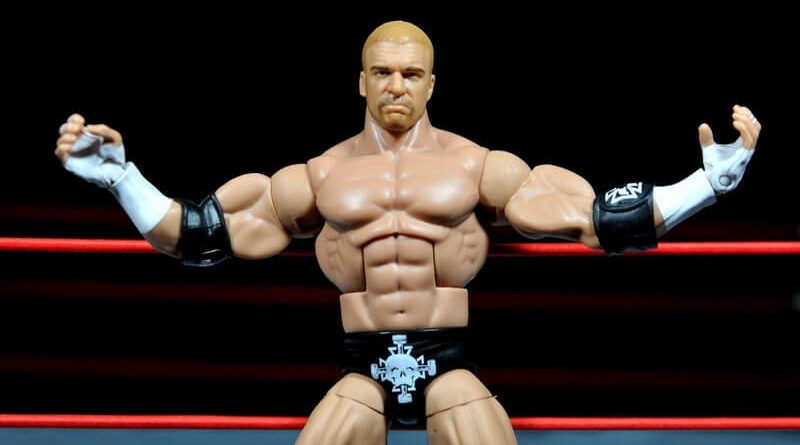 The problem when you get hooked into a wrestling angle and a figure company Such was the case with the Elite 35 Triple H figure. I hadn’t planned on picking it up when it was first revealed, but then I got the Wrestlemania 30 Daniel Bryan and the Elite 35 Randy Orton and I found Triple H on sale at Toys R Us and that was all she wrote.

Does this latest version of ‘The Game’ give me serious buyer’s remorse? As a younger era Triple H would say, let’s break it down!

Packaging: Once again we get the standard Elite packaging here with the cool blue and grey with a minimal bio and large portrait on the back. Since Triple H has been around for 20 years, his career highlights are a lot more extensive than some other opponents, which helps fill the card back out much better. Again, I’m pulling for more information on the wrestler with the 2016 packaging. 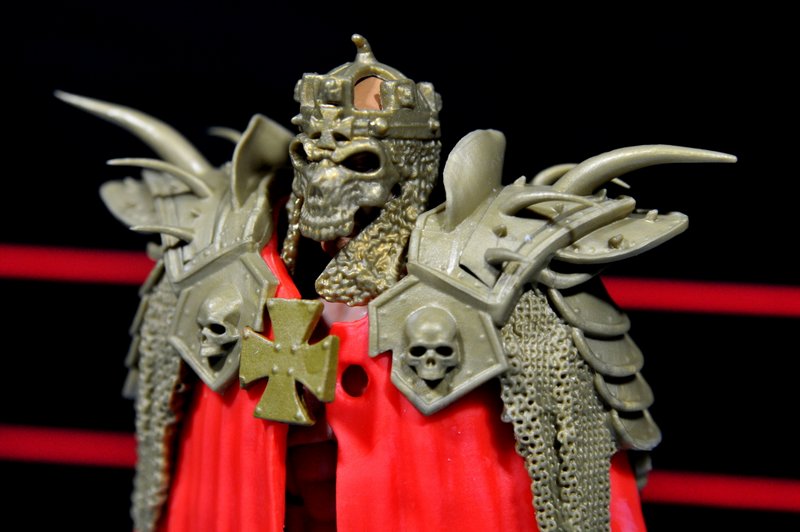 I like my Triple H with a bit more of a cocky bastard expression with that smug smirk, but this one indicates Triple H is no mood for games (sorry, that one was really bad).


Mattel was a bit generous with the torso choice going with the more muscular part instead of the softer, but still defined Kane torso. But exaggerating body types is definitely nothing new for the line and Triple H fits in just fine.

Paint: Whoever painted the Elite 35 Randy Orton head probably should have switched to the Triple H figure. Unlike the Orton, which had a bit too heavy a paintjob with the hair and beard, Triple H’s is a little too faint.The tricky part is Triple H’s roots were more dominant and black/dark brown would have been more fitting especially around the beard.

As you’d expect for a Triple H figure, all of the paint tampos are immaculate — could you imagine being the Mattel exec trying to explain factory paint issues if a Triple H logo was smeared or improperly painted? All the small details like the painted wrists and taped fingers are included as well. 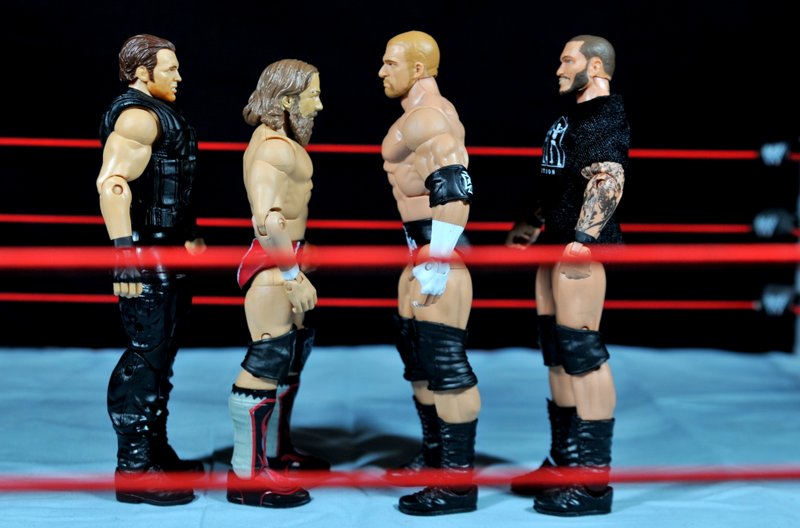 Articulation: Triple H does whatever an Elite figure can, but those pesky leg sleeve style knee pads make some poses more difficult than you’d like. Unlike pretty much every Jakks Triple H figure, this one can effectively do a Pedigree. The elbow pads have a bit more give to them so you won’t find yourself fighting them to get proper poses nearly as often as the knee pads.

Accessories: For many the main selling point of the figure is the evil Conan the Barbarian villain attire Triple H wore as part of his majestic entrance. (Fun fact: Triple H’s ‘wenches’ were NXT stars Charlotte, Sasha Banks and Alexa Bliss) There’s good and bad with it.

The crown/face mask is a separate piece, which is a nice touch and Mattel paid extra attention on the outfit to even capture the curved nature of the horns from the shoulder armor.

The only thing really holding it back is a lack of a paint wash to further bring out the details. Due to the hard plastic, you’re not gonna be able to mimic Triple H’s signature pose or have him sitting on the iron throne. On the plus side though, the armor portion seems to be glued onto the robe and if you were so inclined it seems like you could conceivably remove it and attach it to some basic red fabric to really capture the look. Trying to determine if I’m that bold yet…

Selfishly, I wish the figure came with the Evolution T-shirt as well so I don’t have to buy two more Randy Ortons to give shirts to Batista and Triple H.

Worth it? This Triple H is another in a series of recent gateway figures from Mattel. You’re gonna be hard-pressed to just pick this up and ignore the Daniel Bryan. And then you’ve gotta have the matching Elite 35 Randy Orton and you may as well upgrade The Shield while you’re at it with the Elite 31 Ambrose and Elite 33 Rollins and Reigns. So yeah, you may as well start getting ready for the corresponding Batista review in a couple of weeks. Lousy Triple H… 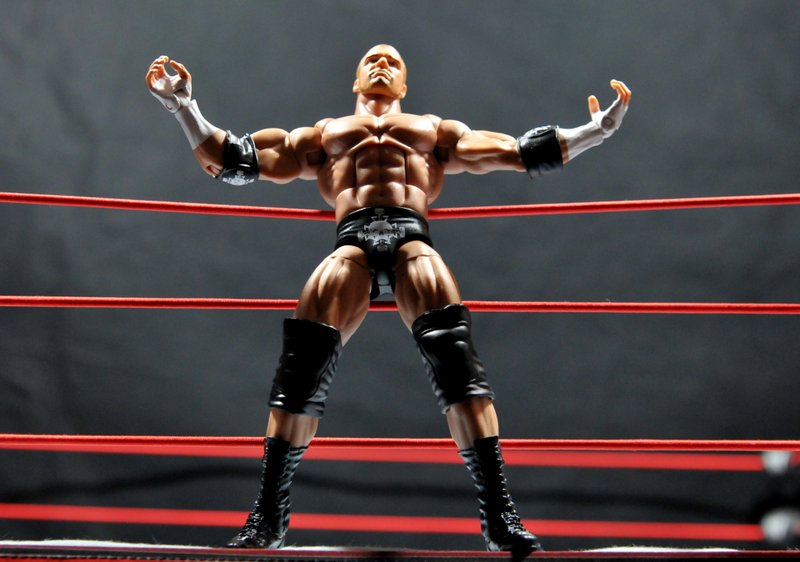 Where to get it? Elite 35 is pretty widespread at stores these days, but Triple H seems to be the first figure to go after the Flashback Earthquake figure so don’t pass on him if you see him on Target or Toys R Us shelves as the figure is trending upwards on eBay.