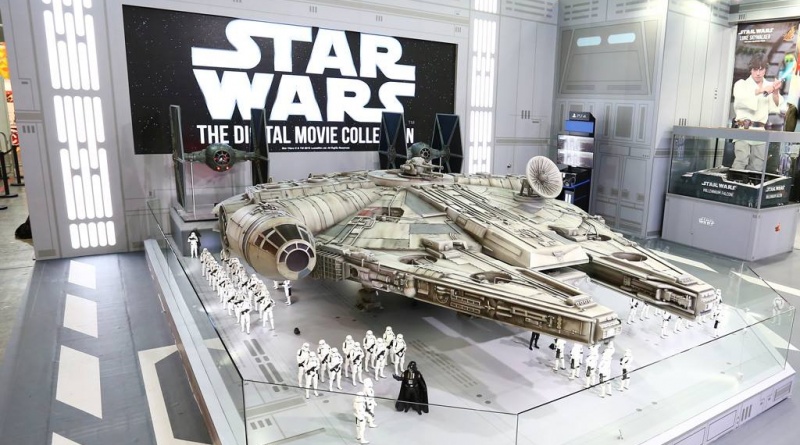 You know, I never considering taking up bounty hunting as a side job, but I may just need to…

Hot Toys isn’t done making fans salivate following San Diego Comic Con. As part of The Ani-Con and Games Hong Kong 2015, the company revealed the Quicksilver from ‘Avengers: Age of Ultron,’ the rumored canceled Drax from ‘Guardians of the Galaxy’ and of course the main conversation piece — a 1/6th scale Millennium Falcon.

I don’t know how, but this really needs to be mine.

The Ani-Com and Games Hong Kong (ACGHK) 2015 has officially started today! Hot Toys has once again participated in this biggest pop-culture convention in town!

This year Hot Toys is partnering up with The Walt Disney Company (Hong Kong) to bring the “Star Wars Galaxy Exhibition Powered by Hot Toys” to ACGHK!

In celebrating the release of Star Wars: The Force Awakens in December, Hot Toys’ creation of the 1/6th scale Millennium Falcon has arrived at ACGHK! The 1/6th scale spacecraft along with over 50 1/6th scale collectible figures of the Imperial troopers and two 1/6th scale TIE Fighters are shown at the booth to create an incredibly spectacular diorama for all Star Wars fans to enjoy!

In addition to the entire Millennium Falcon, a 1/6th scale diorama of the Millennium Falcon’s main hold area where Obi-Wan trained Luke Skywalker has also been created for the exhibition! Furthermore, the official costumes of the newly designed Stormtrooper from the upcoming Star Wars: The Force Awakens are shown for the first time in Asia!