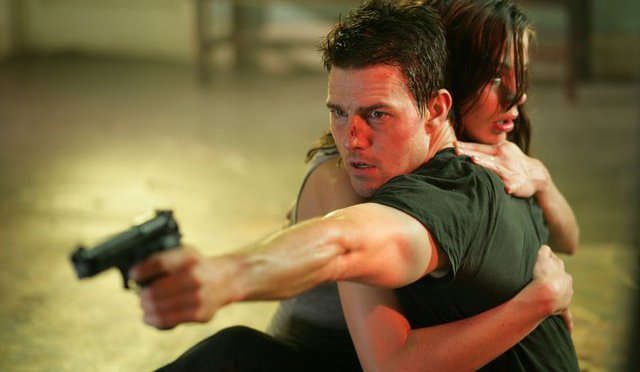 Abrams’ high stakes, every second counts pacing gets the best out of franchise star Tom Cruise resulting in easily the series’ best pure action installment. The personal stakes provides M:I 3 more depth than its predecessors and the action more than holds its own with fellow spy action films like Bourne and Bond. 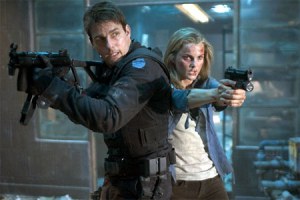 Impressively, this marked Abrams’ feature film directorial debut. Abrams used his earlier spy genre experience on his hit show ‘Alias’ and is unrelenting in keeping the film moving with crazy stunts, spectacular action sequences without abandoning the characters who make it all worthwhile.

In a shocking opening act, Abrams quickly demands your attention with a captive Ethan Hunt (Cruise) seeing his wife, Julia (Michelle Monaghan) help at gunpoint and terrorist Owen Davian (Philip Seymour Hoffman) counting down to kill her if Ethan doesn’t retrieve a weapon for him. When Davian reaches 1 and the trigger is pulled all bets are off and it’s clear this is unlike any other Mission Impossible. 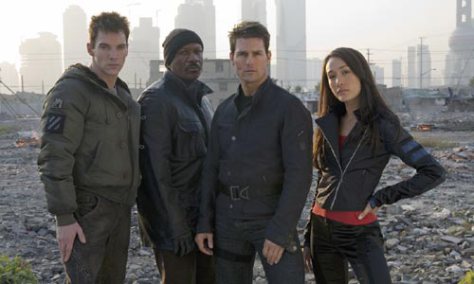 Abrams doesn’t bench the rest of the team to give them great seats to Ethan’s death-defying actions and they’re as integral a part of the mission as Ethan as screenwriters Roberto Orci, Alex Kurtzman and Abrams realized some of the greatest failings of the first two films were making them a one-man show. Ethan still has his share of the spotlight with a crazy stunt involving a Shanghai skyscraper, but to complete the mission he needs a little help from his friends.

The script allows for a lot more personality from the supporting characters as well. Luther banters with Ethan mid-mission if he’s sure about getting married, computer geek Benji (Simon Pegg) is frequently worried about breaking IMF protocol by aiding Ethan while Musgrave’s boss Brassel (Laurence Fishburne) is a by the books stickler who’s constantly at odds with Ethan’s freewheeling strategies.

While initially succeeding in their rescue, Ethan quickly learns Davian is far more ruthless and trying to sell a potential doomsday device called The Rabbit’s Foot. When Ethan’s team spoils Davian’s plans, he goes after Julia to even the odds forcing Ethan to be more reckless than ever to save her.

Unlike Mission: Impossible 2’s strangely charismatic Sean Ambrose, Hoffman makes Davian a loathsome, unlikeable villain. There’s nothing especially distinct about Davian, and Hoffman isn’t interested in giving him any fun quirks to make him stand out.

Hoffman gives a smart, understated performance here. Cruise is the best he’s been in the role as he gets to be an action hero with a gentle helping of the romantic leading man he’d cultivated over the years.

Like any top-tier spy film, the action can’t be contained to just one continent so the mission takes Ethan and company to Rome, Shanghai, Germany and Virginia. The constant jet-setting helps that sense of immediacy like everything important is occurring on screen right now.

Abrams has a good sense of just how far he can go with a little dramatic flair before it gets to the point of being silly and all of the action scenes are staged well with the shootout on the bridge and opening act in Germany being the standouts. The final act defies genre convention and is a nice departure from the norm thanks to a fun twist. My one gripe is the reliance on the masks and voice chips, which was a neat trick in the second film, but feels redundant here.

The Mission: Impossible series felt like it was struggling to find an identity as the first was a spy thriller, the second was a too stylistic for its good good artsy action saga, but with the third film, Abrams steered the franchise in the right direction.