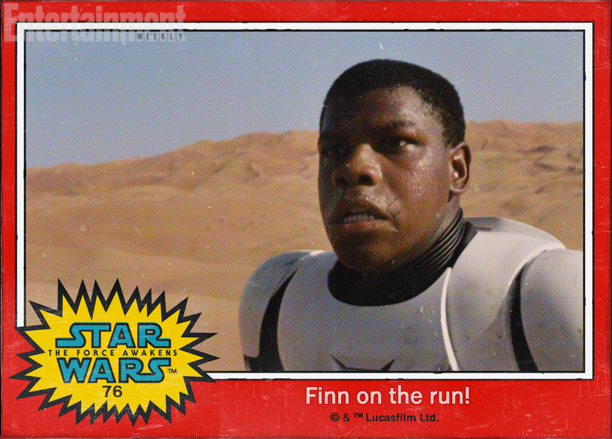 John Boyega’s character Finn is shaping up to be a pivotal character in the new Star Wars trilogy.

I was already excited about his involvement in the series as he was positioned to be part of the new trio of main heroes alongside Rey (Daisy Ridley) and Poe Dameron (Oscar Isaac) much in the same way Luke Skywalker, Han Solo and Princess Leia were in the original trilogy.

But with the reveal from D23 courtesy of a promo poster given to fans in attendance, Finn looks to be far more important in the coolest way possible.

In a new drawing by Drew Struzan, the artist for the special edition original trilogy films, Finn looks to be taking on a very significant role as a Jedi increasing his coolness factor by 110%

Quick, name a black Jedi not named Mace Windu! I’ll let you get onto Google.

So it looks like Finn will be taking on the Luke Skywalker role for the new trilogy. As if I needed yet another reason to be excited for “Force Awakens,” when it comes to theaters Dec. 18.