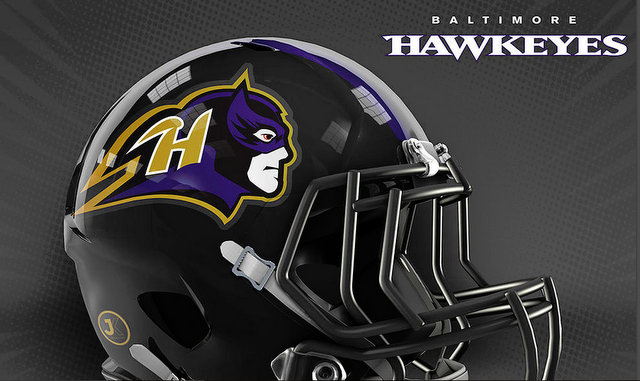 Combining two of my favorite pastimes into one amazing idea, graphic designer Justin Kozisek has done a fantastic mash-up of Marvel Comics characters with NFL teams.

Kozisek covered all the NFL teams, but my favorite, not too coincidentally was his take on my San Francisco 49ers mixing them up with Marvel’s second most recognizable character Iron Man. The result: The San Francisco Ironmen.

Check out more of Kozisek’s mash-ups including the Dallas Cowboys and Captain America, the Seattle Seahawks and The Hulk, the Cleveland Browns and The Thing here.

Considering how lame some of the actual variant jerseys are, I’d be fully on board with the league having a Marvel week just to do something different and (gasp) fun.