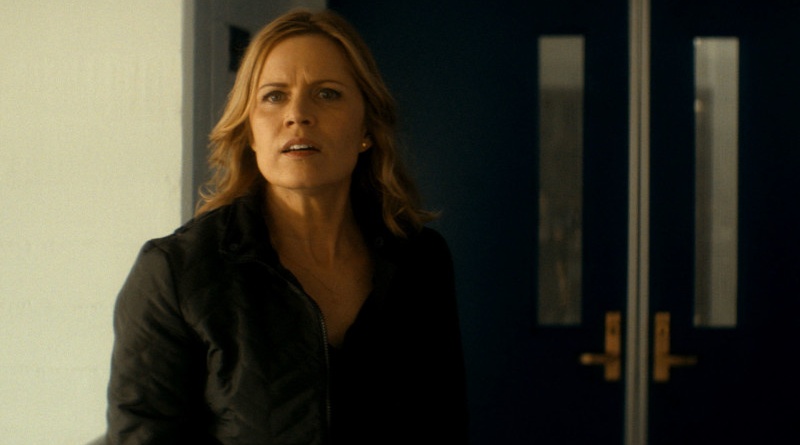 Communication isn’t a strong suit for the main characters on “Fear the Walking Dead.”

A simple “hey, there’s apparently some crazy virus going around that’s turning people into zombies, we need to leave now” would have more effectively handled most of their problems the characters faced this week.

“So Close, Yet So Far” felt much more like a horror movie where the characters make one questionable decision after another to the point any deaths would have been completely justified.

Picking up from last week’s mini-cliffhanger, Alicia went to check in on her boyfriend Matt, who mysteriously bailed on their plans. Sure enough, Matt has that old familiar walker wheeze going signaling it won’t be long before he turns. Travis and Madison arrive and with some prodding from Matt, Alicia agrees to leave while he awaits his parents. Matt looked like he had a scratch or a bite and it seemed a blown opportunity to explain how he got bit.

In a staple of its sister show, “FWD” didn’t take long in splitting up the principal cast. Travis went off to get his ex-wife, Liza (Elizabeth Rodriguez), and son, Chris (Lorenzo James Henrie), on the other side of town while Madison tries to help Nick battle through his withdrawal.

Travis and Madison both were more than a little reluctant to tell their neighbor about the impeding danger, perfectly fine letting her throw a party for her 9-year-old until Nick guilt trips them into saying something. It was a pretty selfish move that we see echoed later on as a police officer fills his trunk with bottled water. Those in the know clearly have decided it’s best to keep that info to themselves as long as possible to give themselves a fighting chance.

Throughout the episode, Travis and Madison are reluctant to tell anyone about the walkers as if it was a matter of national security they had to keep secret at all costs. It’s not like Chris and Alicia are toddlers who can’t handle the truth.

Madison heads to the high school to get some drugs for Nick to help ween him off. There, she encounters student Tobias, who returned to the school to retrieve his knife and stock on supplies from the cafeteria. The supply run doesn’t go as smoothly as planned as Principal Art (Scott Lawrence) has somehow also turned into a walker.

While great for suspense, Art was seemingly alone in the school so it raises the question of how he was turned. Frustratingly, Madison tries to talk to him as if she completely forgot her previous encounter with a walker. Tobias distracts Art long enough for Madison to kill Art with a fire extinguisher. Overall, it was a pretty crummy night for the remaining black characters on the show.

Travis and Liza track Chris downtown where protesters are rallying against the shooting of a homeless man and a riot breaks out forcing them to seek sanctuary in a barbershop. The owner, Daniel Salazar (Rubén Blades, “Safe House”), is far more cautious than his wife, Griselda (Patricia Reyes), and daughter, Ofelia (Mercedes Masohn), but the real danger is outside especially since there’s no rear exit.

Setting a walker uprising in a tense police/community standoff made for a captivating and timely sequence.  Hopefully, the follow-up episode finds Travis and co. having to navigate through three separate threats with the looters, police and walkers as that has a lot of potential.

Rating: 7 out of 10  After last week’s outstanding start, the second episode was a bit of a letdown thanks to a rare misstep in cliche horror movie territory and making the characters look stupid in order to move the story along in a particular direction.