Cars crashing from one building to the next, long runaway climactic battles, heroes making improbable dives through the air and one insane action spectacle after another.

Given that synopsis, you’d be forgiven for thinking that’s referencing the Fast and Furious franchise, but Jason Statham was already doing that insanity and more in the clearly ahead of its time Transporter 2.

In his second turn as professional transporter Frank Martin, (Statham) has ditched the French Mediterranean for a stint chauffeuring in Miami.

In between bickering, Audrey and Jefferson ask Frank to take Jack away while they finish his surprise birthday party.

Crimelord Gianni Chellini (Alesandro Gassman) has other plans for the birthday boy though as he intends to use Jack as the courier for a killer virus. The Billings only chance of rescuing Jack and getting him cured is their mysterious driver.

Statham once again excels in his lead role as his cool charisma (pardon the pun) drives the film and carries it through a few rough patches like the silly subplot of some mutual romantic interest between Audrey and Frank.

Gassman proves a capable and worthy adversary although he steers a little too close at times at making Gianni a cool villain.

Director Louis Leterrier (The Incredible Hulk) has less interest in staying in the same lane as the first film with its more stylish somewhat grounded action and goes for more over-the-top comic book style excitement. 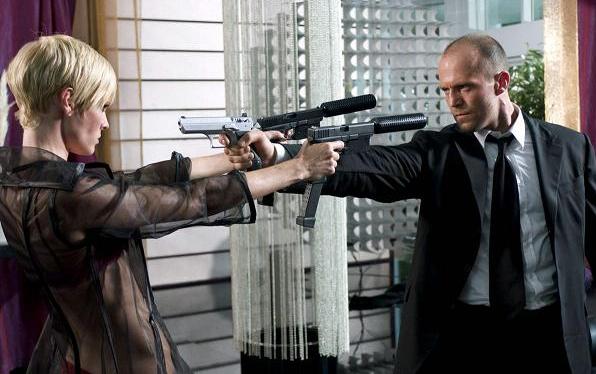 It works, but Leterrier abandons all pretense of reality especially when Gianni’s henchwoman (Kate Nauta) comes out for a fight in lingerie, fishnet stockings and two machine guns. It’s an impressive visual and definitely hints at why Leterrier’s follow-up gig was a comic book movie. This was in a sense his audition for a Marvel Studios project.

Some of the sequences are absolutely absurd — Frank manages to detach a bomb by twisting his car in mid-air, he jumps into the air to avoid a head on collision and hitches a ride on a plane by launching his car on the Miami airport sign.

At times, it’s really stretching credibility, but not to the point it derails the film.

Letterier gets a big assist from Corey Yuen, who returns to handle the fight choreography ensuring the hand to hand combat is clean, crisp and creative. In the film’s signature fight scene, Frank uses a fire hose to help take down some of Gianni’s men.

Returning series screenwriters Luc Besson and Robert Marc Kamen put together a better script in this time giving Frank a personal stake while making Gianni a capable and dangerous adversary. 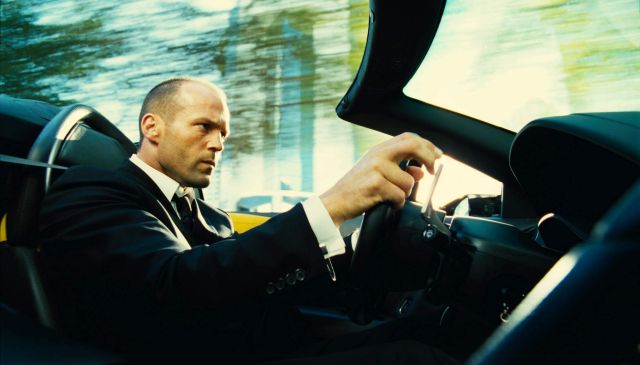 The script annoyingly puts Frank at odds with the government officials working to rescue Jack solely for the point of having Frank do it on his own.

Besson and Kamen even find a creative way to work Frank’s ally, Inspector Tarconi (François Berléand) into the sequel — a welcome bonus as Tarconi again proves to be a very enjoyable supporting character.

Just like its predecessor, Transporter 2 isn’t an action film meant to be taken seriously. All you’ll need to do is sit back, embrace the absurd craziness and enjoy the ride.