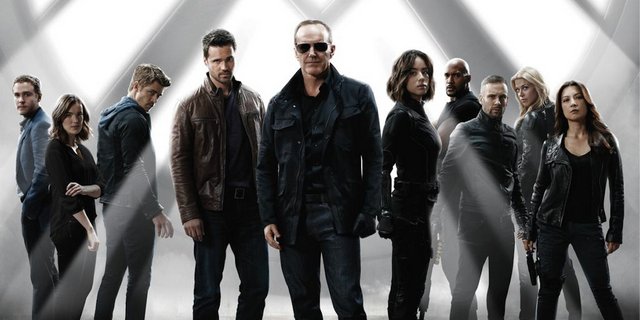 Don’t look now, but if the season premiere proves any indication, “Agents of S.H.I.E.L.D.” is ready to make good on its limitless potential and finally move up to the table of consistently great comic book TV shows.

After an inconsistent first two seasons, “S.H.I.E.L.D.” now appears to have matured in to the spy saga set in the Marvel superhero universe fans have been aching to see all along. 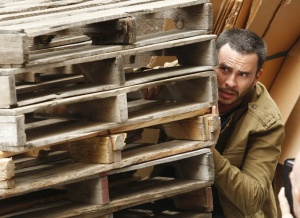 The episode kicks off in thrilling fashion as Joey Gutierrez (Juan Pablo Raba) finds out the hard way that he’s an Inhuman via his power that liquefies metal causing a widespread panic in his neighborhood.

Joey’s actions have caught the attention of an armed strike team with orders to use lethal force if necessary, but their assault is stopped by Mack and Hunter and Skye, (now referring to herself by her birth name of Daisy) who uses her powers to toss around a few goons and their cars.

While that was a pretty impressive introduction, we’re not done as the S.H.I.E.L.D. trio send Joey in a portable containment unit and launch it in the sky to meet with The Bus. One thing is for sure — ABC/Disney put a few more dollars into the series’ budget this year.

Daisy and Mack try to help Joey make peace with his powers and the realization that his life as he knew it is now over, which predictably doesn’t go well. Since their bedside manner is still lacking, Daisy and Mack attempt to recruit Lincoln, Daisy’s Inhuman mentor, to fill the role of S.H.I.E.L.D. Inhuman orientation operative. Lincoln’s not interested though as he’s still stinging from Jiaying’s lies that led to the destruction of their sanctuary. 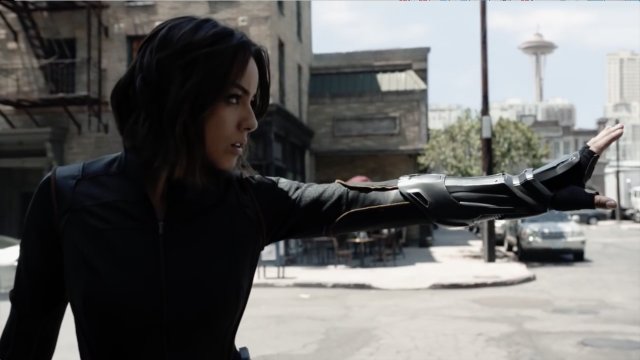 One of the more exciting revelations was Mac’s expanded role. No longer is he just the friendly mechanic/engineer trying to help his buddy ‘Turbo’ out of his funk, but a vital core member of Coulson’s inner circle right alongside Daisy.

There were so many intriguing possibilities introduced this episode and perhaps for the first time since the series’ inception, I’m really optimistic and fully confident the showrunners can pull it off.

We’ve got this secret shadow group run by Rosalind Price (Constance Zimmer, The Entourage Movie) that is collecting Inhumans for their own purposes, which we later learn may not necessarily be completely sinister. 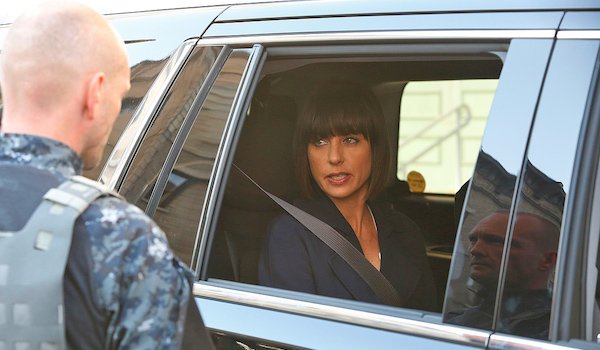 The scene where Coulson and Hunter think they’ve cornered Price on the Metro only to walk into an ambush was especially strong. Zimmer is underrated, but as we saw throughout her run on Entourage, she has a strong presence and won’t get overshadowed in confrontational dialogue exchanges. Price and Coulson had some prickly banter trying to feel each other out when they both learn there’s a third party actively killing Inhumans.

That mysterious figure, Lash (Matthew Willig, We’re the Millers), is a full-on supervillain and menacing appearance. Lash was largely kept to the shadows, which was an effective way to introduce this season’s super-powered threat.

Lash withstood the combined powers of Lincoln and Daisy (power team-ups!) and vanished. I loved Mack’s skepticism about going after him and wishing he had a combo shotgun/axe. Now we know what the Mack action should figure would have as an accessory. Lincoln still isn’t ready to sign up, but you know it’s just a matter of time. 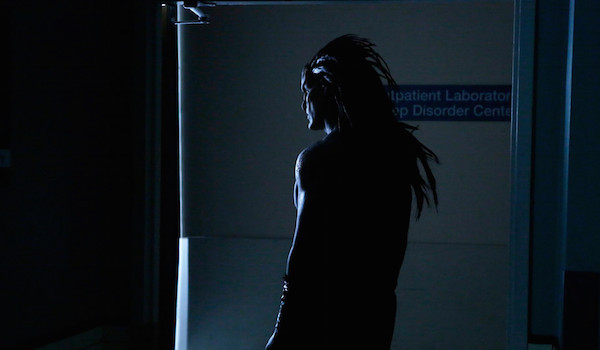 Even Fitz got a bada$$ scene where he traveled to Morocco in an apparent negotiation with terrorists to secure a scroll with information on the monolith, which sucked Simmons in at the season finale.

I loved Fitz’ nothing to lose attitude, which allowed him to pull a fast one on the terrorists swapping a flash grenade for the disintegrating bombs. Was it weird I found Fitz’s James Bond moment far more enjoyable than that bit in Iron Man 3? 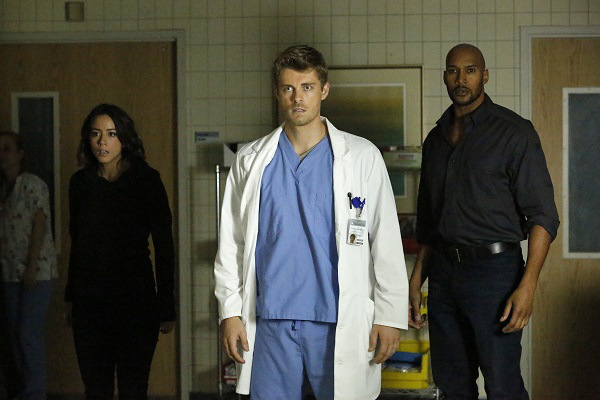 The only thing that continues to be annoying was the Bobbi/Hunter subplot. I like Bobbi and I like Hunter, but their scenes together are always a chore. Hunter reminds Bobbi of his plan to track down Hydra in hopes of getting payback on Ward for messing up her knee. I like the vendetta angle and it’s amazingly appropriate that Hunter will be hunting Ward.

President Ellis (William Sadler reprising his “Iron Man 3” role) announces the formation of a new task force — the ATCU — to take down the alien menace. Ellis even referenced the disaster in Sokovia in a perfect Marvel moment that was just missing a pop-up panel saying Watch Avengers: Age of Ultron to see what Ellis discussed.

Back at S.H.I.E.L.D. base, Fitz opens the parchment with one simple word — death. Coulson tries to talk some sense into him, saying Simmons would want him to get refocused and help those he still can. This was a well-acted scene and Gregg rarely gets enough credit for always delivering the gripping emotions in these moments. P.S. Coulson running around without his prosthetic hand is kinda creepy. 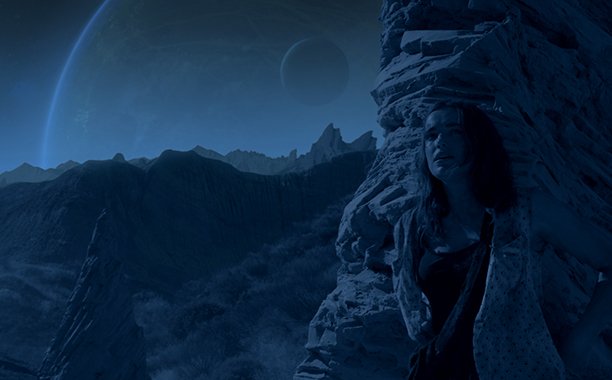 Fitz seems to consider Coulson’s advice, but won’t give up on Simmons just yet, breaking the seal and banging against the monolith yelling for it to do something. Fitz isn’t spaced out like was last season, but he’s in a dangerous, risk-taking mode now making him even more interesting.

Turns out Fitz has every reason not to give up on Simmons as we see her on some other area frantically trying to stay away from something pursuing her. So is Simmons on the Blue Area of the Moon? That special area that’s home to The Watcher with a breathable atmosphere for humans and eventual home to The Inhumans? I like where this season is going.

This was exactly the kind of kickoff AOS needed. It’s not gonna be the same Skye-focused series, but a weekly dose of the Marvel superhero universe from a smaller-scale perspective. Now can we please get Coulson to at least let The Avengers know he’s still alive already?