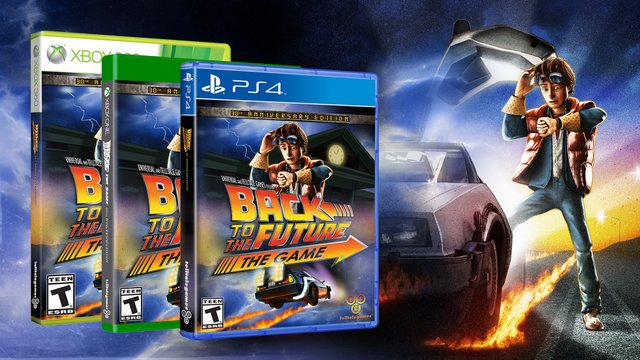 One of my favorite new video game obsessions is pretty much anything released by the folks at Telltale Games.

In Back to the Future: The Game, six months after the events of Back to the Future Part III, the DeLorean Time Machine mysteriously returns to Hill Valley – driverless! Now, Marty must go back to 1931 to recruit the help of a reluctant teenage Emmett Brown in order to save 1985’s Doc from certain death. Can they repair the rifts of the past without accidentally erasing the future?
[youtube https://www.youtube.com/watch?v=jBdXEDRQsaA]

We won’t have long at all to wait on the release as it will be available  digitally and at retail on Oct. 13 in North America and retail on Oct. 16 in Europe for PlayStation 4, Xbox One, and Xbox 360.