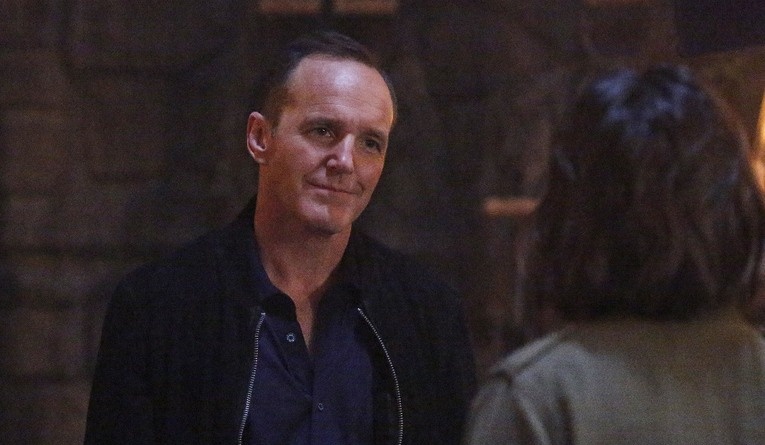 Last week’s tremendous kickoff to season 3 left me exhilarated and for the first time since the big Hydra reveal back in season 1 anxiously anticipating the next episode.

A lot of that enthusiasm was dashed this week as the writers fell back to some bad old habits for the sake of rushing along a season that hadn’t been suffering from slow pacing.

We’d been given some tantalizing subplots that by all rights could have played out at least to the winter break before getting tiresome. Hunter was set to get some payback on Ward for nearly killing Bobbi; Daisy and Mack are trying to fortify the team’s ranks with Inhumans; Fitz is desperately searching for clues for Simmons whereabouts, but can’t since she’s been transported to another realm.

By the end of this episode, most of those terrific season foundation building blocks were shattered faster than Daisy when she gets the chills. 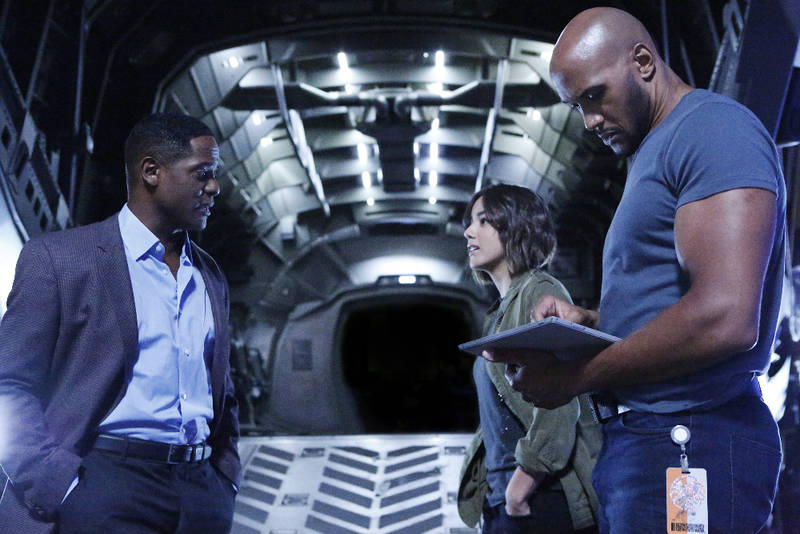 The biggest problem was the various subplots successfully gave the various team members their own issues. Tying everything up so neatly and bringing the band back together in the second episode killed a lot of that potential storytelling for more of the same old, boring status quo.

Daisy wanted May’s ex/team shrink, Andrew Garner (Blair Underwood) to fast track the latest Inhuman so they can finally get some reinforcements in their fight. Mind you, Coulson’s original team was a whopping six-person deep squad and two of them were tech geeks.Andrew isn’t ready to sign off on new members for the “Secret Warriors” just yet.

It was more than a little annoying that Daisy was somehow shocked Andrew wouldn’t immediately approve regular citizens completely untrained in their powers to join this global secret peacekeeping organization. Daisy, just remember it took you nearly two years to become useful.

Hunter wants some company for his vendetta mission, but instead of bringing along Bobbi, he travels to Arizona where May is hanging out with her father (James Hong) licking her emotional wounds after the latest falling out with Andrew. 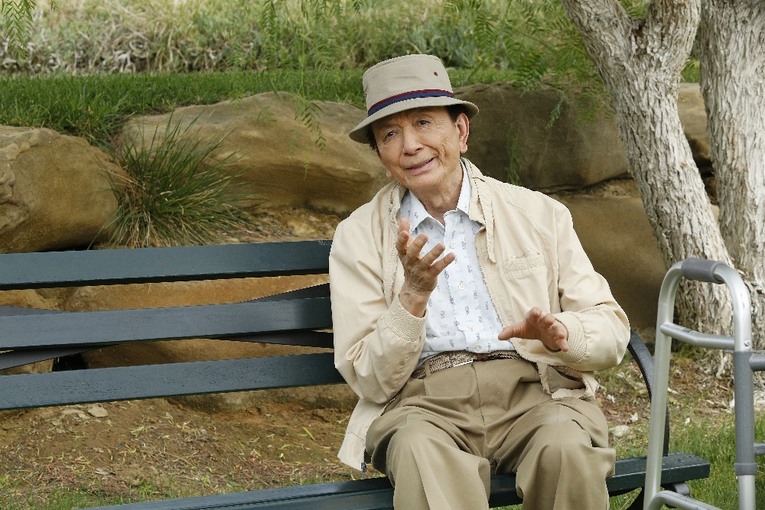 Seeing May vulnerable was a nice change from her norm and was ripe for greater exploration before Hunter prompts her back into action.

It felt out of character for Hunter to ask anyone for help especially for such a personal mission. Since this season is apparently on fast-forward, May gets a quick pep talk from Pops and joins Hunter. Still, a S.H.I.E.L.D. spin-off with Hunter and May tracking down Hydra is infinitely more interesting than Hunter and Bobbi playing “Mr. and Mrs. Smith.”

With Fitz on the verge of losing it over trying to find Simmons and going so far as to open the monolith container in hopes of getting sucked in, Coulson agrees to one more effort to track her down. I wasn’t a huge fan of team leader Coulson largely being present, but mostly not in control of his team after having everyone seemingly on his page last week. Throughout the episode, it seemed like everyone was carrying on their little agendas without caring about Coulson’s response.

Fitz’s temper tantrum had the bonus of uncovering some alien dirt, which could only have come from another world. Naturally, Coulson turns to his Asgardian expert on traveling to different worlds. No, not Thor, Alexander Selvig …and not Sif either, but Prof. Elliot Randolph (from season 1). Coulson really should just get Heimdall’s cell phone number from Thor, provided Thor knows Coulson is alive. 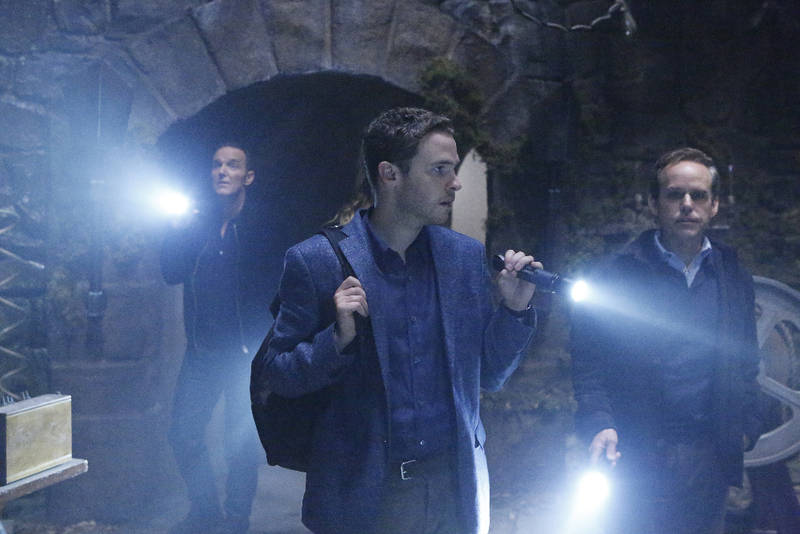 Randolph went on a bender and is in prison, but reluctantly agrees to help them since he owes Coulson from earlier. Randolph gets off a nice line about Coulson’s robot arm and the Amazon woman — a winking reference to Adrianne Palicki’s short-lived stint as Wonder Woman.

Eventually, the entire team (save Hunter and May) assemble at a castle that through some incomprehensible tech-babble could potentially serve as a proper access point for the team to track Simmons.

Quick aside: During that 1839 flashback where the guys were drawing stones to determine who would enter the monolith room, was anyone else hoping the show could have inferred that was an early version of the Hellfire Club?

While Fitz’s equipment can’t get the job done, Daisy (don’t call her Skye, Coulson) is more than up to the task of “unlocking” the monolith long enough for the Simmons’ rescue effort. In fairness, the writers did try to give everyone something to do, but again nothing of importance on the show can be done without Skye/Daisy. 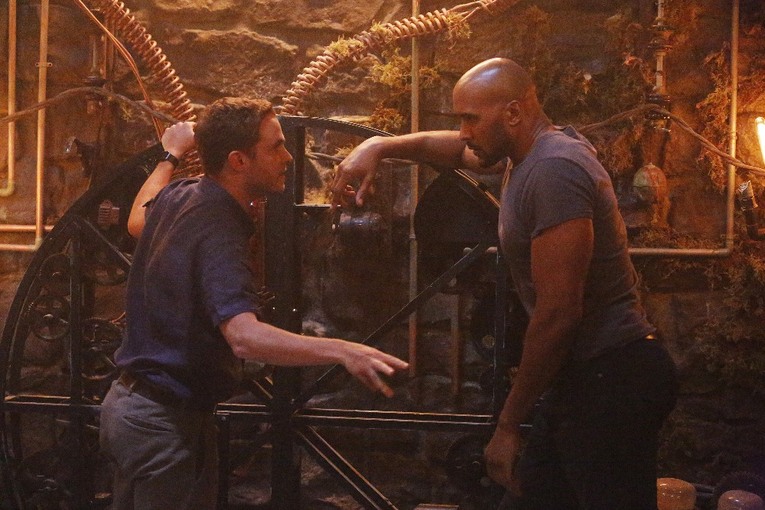 Fitz dives in to the mystery world in the midst of a sandstorm, but Simmons saw the flare they shot in the portal and makes it over to him. For the sake of keeping things interesting and furthering Fitz’s obsession for the season, I was rooting for him to get thisclose to rescuing Simmons before the team pulled him back up, but he manages to bring her back.

I really wanted to see Simmons stranded on an alien world desperately fighting for survival for just one episode. Flashbacks just won’t have the same impact. Whatever occurred there has left her nerves a wreck as she wakes up brandishing a homemade shiv before cuddling up to Fitz.

Meanwhile, in the episode’s most intriguing development, Ward is still working on building his bigger, better Hydra. He tracks down a young money millionaire on his yacht in Ibiza and has his main henchman unleash a bag of rats on the unsuspecting passengers. That was some evil stuff. 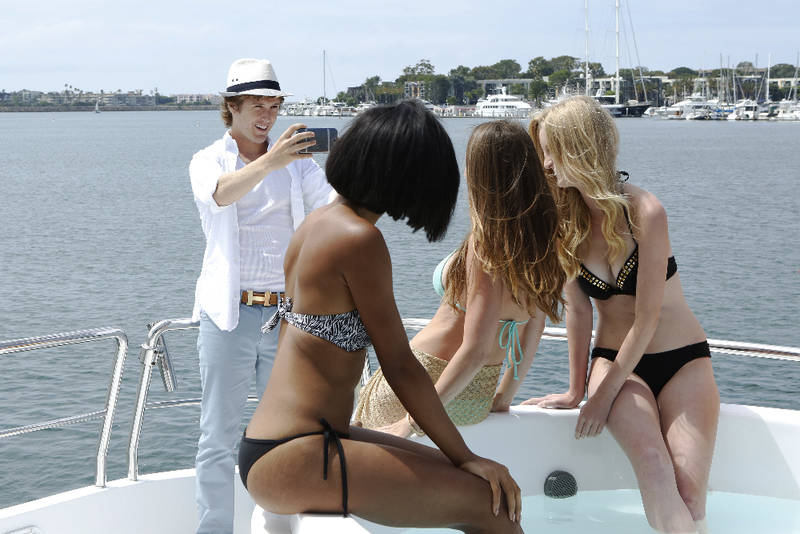 Ward promptly takes out the kid’s security and goes extra heel by shooting the one guy who manages to land a punch on him. Evil Ward has been the gift that never stops giving for this series.

Turns out the kid has a little fight in him as he pummels Ward’s goon during an interrogation before Ward outs him as Werner Von Strucker, son of Hydra operative Baron Von Strucker. Since his dad was so unceremoniously killed off (thanks Whedon) I’m glad to see Jr. getting a chance to do the family name justice.

Ward wanted to see if the kid had what it took to join the new Hydra and offers a truce with tacos! At this rate, I’d rather watch Ward forming Hydra with occasional look-ins at S.H.I.E.L.D. missions. His first assignment for young Werner? Signing up for Andrew’s college class. That’s absolutely sure to backfire once May finds out and it’s going to be outstanding.

While Ward’s scheming provided the bulk of the entertainment, the Simmons’ rescue failed to pack much of an emotional punch since we’d only gone one episode without her. Rushing May back into action was too soon as well and reactive instead of authoritative Coulson isn’t beneficial to anyone unless Daisy is going to straight up be the new leader.

2 thoughts on “Marvel’s Agents of SHIELD: Purpose in the Machine S3, Ep2”