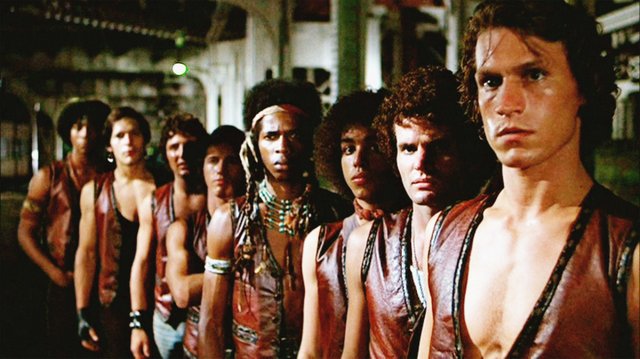 Over the years, The Warriors has emerged from simply being a cult classic to required viewing to fully legitimize your knowledge of all things pop culture. So it’s only fitting that one lucky comic fan will get a chance to join the gang in a graphic novel reboot.

The Warriors will be featured in an all-new print and digital motion graphic novel version of the film. Full details will be announced at New York Comic Con this weekend.

Produced by Larry Gordon and Frank Marshall and directed by Walter Hill, THE WARRIORS film follows the exploits of a tough street gang called The Warriors as they fight their way from the Bronx back to their home turf on Coney Island.

“After almost forty years THE WARRIORS has become a pop cultural touchstone,” said Doug Nunes, CEO of 451 Media.  “Since its debut the film has maintained a rabid and dedicated fan base that mirrors 451’s core audience.  We couldn’t be more excited to be re-igniting the legacy the film created for so many of us.”

As part of the announcement, 451 Media is hosting an Instagram contest and the winner will be drawn into the graphic novel, which is due out next year. For more information on the contest, visit https://youtu.be/LwLdlpNnBEY.