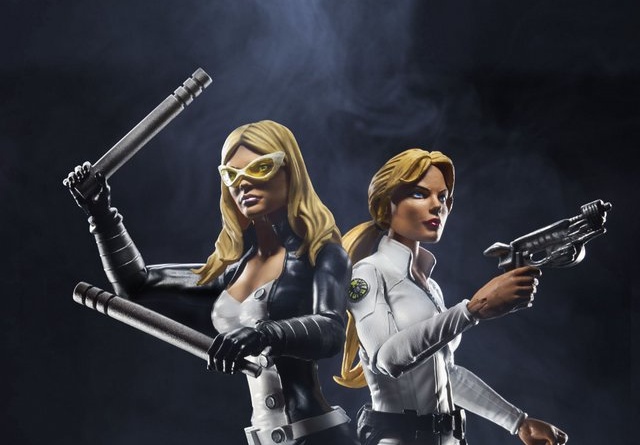 While 2015 has been an extraordinary year for Marvel Legends fans, it’s already looking like Hasbro won’t be spending 2016 patting themselves on the back.

For NYCC’15 preview night, Hasbro debuted some previews of next year’s lineups including one highly demanded figure that collectors have been begging for an upgrade.
With “Captain America: Civil War” set for next May, fittingly the first wave is a Civil War tie-in featuring an updated classic Captain America. Now finally, I might be able to retire my Toy Biz Face Off version.

Joining him are Agent 13/Sharon Carter, Scourge, Taskmaster (modern) and in the can’t believe it’s true category — the long requested Whirlwind and the can’t believe Hasbro is going this deep in the Marvel roster choice of Cottonmouth.

The hits kept coming though as Hasbro also revealed a Jim Lee style Rogue. If Rogue makes it to stores looking like the prototype, it may be the best female character Hasbro has released.

Since it’d been almost a year since the last Marvel Legend X-Men figures, collectors were concerned both the X-Men and Fantastic Four were on the do not touch list for Hasbro as their movie licenses were tied up with 20th Century Fox.

Rogue — or another character from her wave — will include the Onslaught “Magneto” helmet that can be interchanged with the Red Skull Onslaught.

Thankfully, that’s not the case so hopefully Hasbro will reveal a few more X-Men this weekend and at least an FF tease.

I’ll be at NYCC so I’ll make sure to take some pictures of the figures on display. Hopefully I can get some more info from the folks at Hasbro while I’m there.