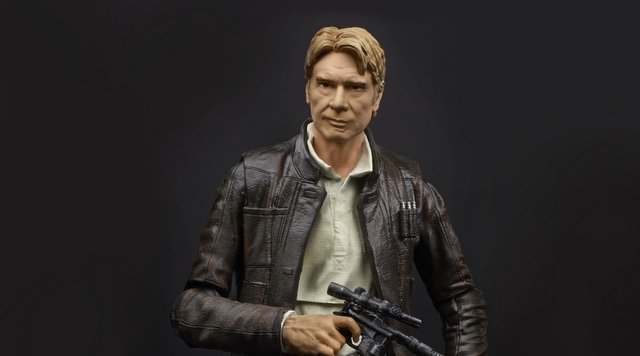 Both my movie and action figure collecting obsessions are going to be battling it out for top spot soon.

I grabbed the first assortment of Episode VII Star Wars Black Series with absolutely no knowledge of anyone save Chewbacca, but with the reveals at Hasbro’s NYCC Preview Night, we saw a figure I’m very familiar with and anxious to add to my collection.

Han Solo has a slightly, world-weary look and is wearing his longer Empire Strikes Back style jacket instead of the vest from Star Wars. And this time it’s definitely brown.

He’s joined by newcomers Gen. Hux and Asty and a number of army builders.