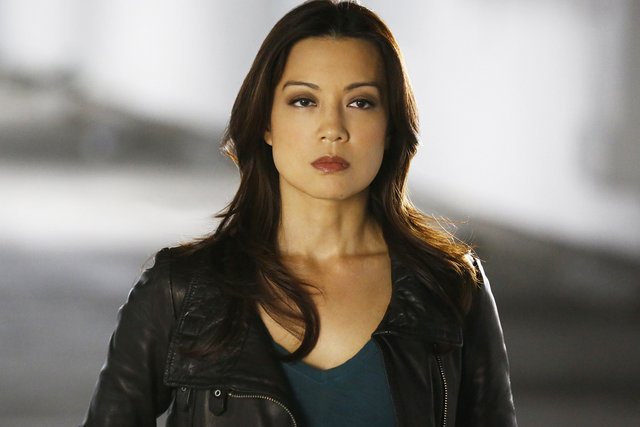 Hoo-boy, this was an explosive episode tonight. And it was one that was not without casualties that’s sure to have some major repercussions on all sides.

We got a good look at the Inhuman killer Lash as he took down three Inhumans including a clone of Alisha, the show’s answer to Madrox The Multiple Man. Beyond being a capable fighter, Daisy and Mack’s Secret Warriors team would definitely benefit from her signing up and not simply being a one episode cameo.

The alliance Coulson struck with Rosalind and the ATCU is immediately tested as she questioned why Coulson didn’t inform her of the Inhumans before the murders. Coulson wants to know where the bodies are being taken.

Daisy and Mack are even less comfortable with this new partnership since last time they were face to face with ATCU agents they all had their guns drawn at each other.

I loved how quickly Coulson shot Daisy down when she started to imply he may have more than professional respect for Rosalind. Not everyone has the same (pun intended) sparky connection you and Lincoln have, Daisy.

The SHIELD/ATCU alliance manage to track down a lead who sent a mass email to all potential Inhumans. It’s during this confrontation that Daisy finally sees a new Inhuman who feels cursed and simply wants to help Lash kill off their fellow abominations.

To help solidify their new partnership, Rosalind agrees to Coulson’s request that Mack and Daisy accompany her men to drop off their new prisoner and check out the ATCU containment center.

That road trip gets crashed by Lash, who kills his former ally and leaves Daisy, Mack and the ATCU members trapped in the crashed van. I was worried Lash was going to have a wimpy, unimposing voice and while Boba Fett had more lines than him, but he sounded nice and threatening. Just what you want in the main super powered adversary.

I know the answer is she’s the star of the show, but for someone so hellbent on killing off all Inhumans, why didn’t Lash go back after Daisy when she was trapped in the truck? Daisy makes out Lash undergo a transformation and revert to a regular human form indicating they could have already been in contact with him and not know it.

In the other major storyline of the night, May returns to SHIELD temporarily to warn Coulson that Hunter’s in too deep and needs help. While we probably could have gone a few more episodes to fully illustrate Hunter getting further and further out of his element, May wasn’t going to waste time seeing him kill any more people to gain credibility with Hydra.

May shares a brief awkward moment with on and off again ex-husband Andrew, who’s there to evaluate Alisha and Simmons. As he was the culprit for their latest breakup, Andrew wants to make good and explain himself but away from SHIELD.

It’s an interesting decision to keep Bobbi “grounded” for this initial story arc since if nothing else, Coulson could use Bobbi as a pilot for these missions. I’m still unclear when Coulson got all this support staff and why none of this Hunter relief team has been accompanying Daisy and Mack who repeatedly say they need more team members.

Last week, I questioned Hunter’s end game with his plan to infiltrate Hydra since Ward clearly knows who he is and wouldn’t possibly let him get close enough to kill him. Yeah, I was way off on that one. Hunter’s weapon cache was enough to score a personal introduction to The Director aka Ward and a shootout immediately ensues.

Ward and Hunter’s trash talk is epic. They both trade some amazing jabs like Ward saying Bobbi being here would have been a better fight and Hunter retaliates by reminding Ward he mistakenly killed his girlfriend Agent 33.

Just when it appears Hunter isn’t much longer for the show, The Calvary arrives and May nearly finishes wiping out the rest of Ward’s laughably incompetent Hydra squad. For all of his recruitment efforts, Ward definitely needs to fortify his ranks if his mini-army was so easily dispatched by Ward and May.

Thankfully, Ward isn’t without tricks of his own and he calls Alexander Von Strucker and a Hydra team that’s closing in on Andrew at a store. May and Hunter have 30 seconds to drop their weapons and walk away or Ward will have Alexander and company kill the good part-time SHIELD shrink.

Blinded by his need for revenge, Hunter says screw it and goes after Ward landed a shot on his shoulder before he and Kebo get away. May calls Andrew and in a brilliant use of less being more, we see someone’s feet and a growing pool of blood as Andrew’s phone reveals May calling just as the building ignites. Hunter may end up wishing he died or at least succeeded in killing Ward today after all.

You know the fallout is going to be intense from this and this could be the final straw to send May spiraling, but to what?  And we’ve gotta imagine Coulson won’t be happy that Hunter ignored the greater good for a personal vendetta. How is Bobbi going to respond? The possibilities are very intriguing and I’d like to further those instead of diving in to Simmons’ issues.

Finally, Fitz danced around asking Simmons why she’s trying to rebuild the monolith and she ended the episode with the tease that she’d tell him everything. Which for us, means next week. Not bad for a cliffhanger even if I’d rather devote an episode to the Hunter fallout.

AOS delivered the goods tonight with a lot of fantastic action while advancing all the principal subplots. Hunter’s botched payback plan essentially killed Andrew and it sets up some great future character moments. Ward has become the best bad guy on the comic book TV front and he reinforced that with a contingency plan that again makes him SHIELD enemy No. 1.