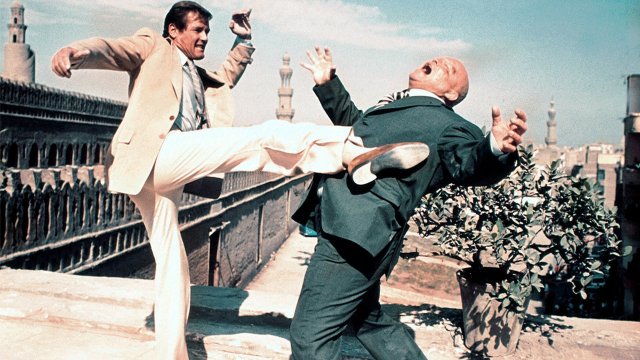 Roger Moore gets a largely undeserved bad rap for his stint as 007. It wasn’t his fault he had the misfortune of following Sean Connery and being saddled with some of the worst films in the Bond catalog. Even the most ardent Moore haters can’t deny the charm of his signature Bond film, The Spy Who Loved Me.

Spy isn’t just Moore’s best, but one of the most entertaining of the entire series. With a great villain backed up by the series’ definitive henchman, a plethora of stunning Bond Babes, grand action sequences and an all-time classic theme, this is a Bond film fully worthy of adoration. 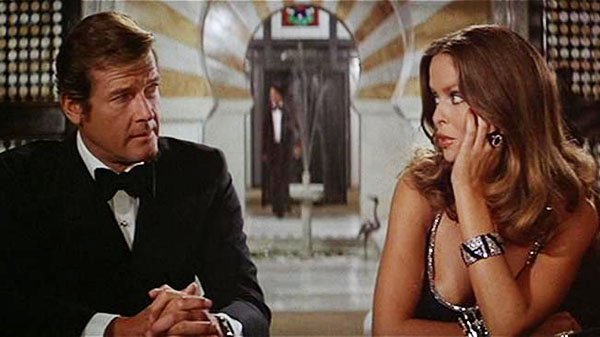 Director Lewis Gilbert (You Only Live Twice) gets things started in exciting fashion with a thrilling ski sequence that one-ups the ski scenes in On Her Majesty’s Secret Service. That leads in to the sultry Academy Award Best Song nominee  ‘Nobody Does It Better’ theme from Carly Simon. In the best Bond themes, this one can’t be any lower than No. 5.

Stromberg wasn’t a particularly flashy villain. He lacked that great line to make him especially memorable, but Jürgens makes him a suitable foe for Bond and one that comes across like a poor man’s Blofeld.

Stromberg really doesn’t have to be all that threatening since he unleashes his steel teeth chomping colossus Jaws (Richard Kiel) to stop 007. Jaws is the quintessential henchman from whom every other Bond opponent would be measured against and come up short. 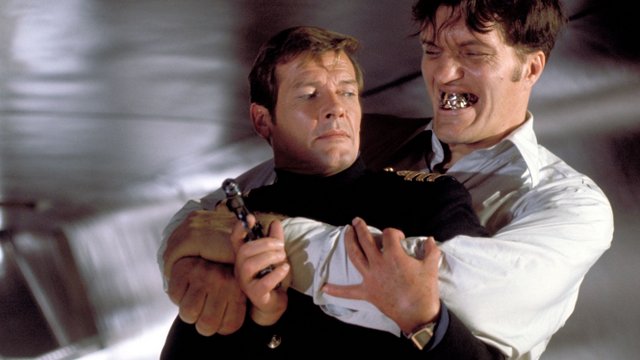 With his lumbering, nearly unstoppable presence, Jaws brings a legitimate menace Bond can’t beat — escape is the only option. The film gets a bit too cute with an on the nose joke with Jaws battling a shark, but it’s one of the few times in the film where screenwriter Richard Maibaum’s gags don’t work.

Amasova is largely portrayed as more than the standard damsel in distress and proves Bond’s match on several occasions. Moore has believable chemistry with Bach and Bond having to work harder than normal to bed his love interest makes for some clever banter. 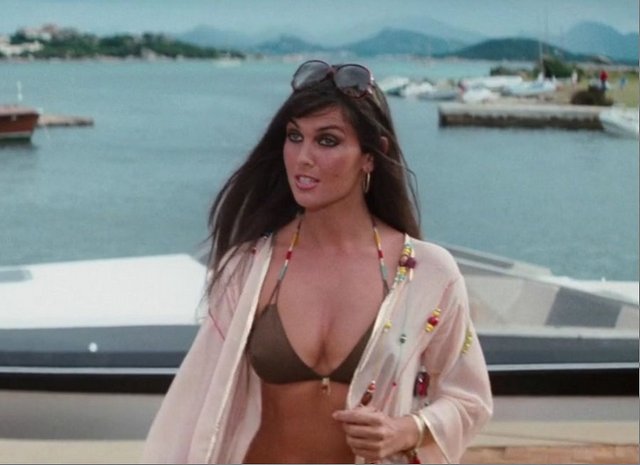 From sheer volume of gorgeous eye candy, Spy sets the bar with a stunning lineup of Bond Babes. In addition to Bach, Catherine Munro is sizzling as Stromberg’s femme fatale and Valerie Leon is a stunning hotel receptionist.

Gilbert delivers the goods on the action scenes. The final act with a bombastic battle in a submarine and on Stromberg’s aquatic base Atlantis is impressive in scope and execution. My favorite sequence though may be the car chase where Bond and Amasova encounter cars, a helicopter and an scuba squad.

All these elements allow Moore’s more roguish take on Bond to shine. His smirk-filled expressions and bravado are just important to Spy’s fun tone. Connery would have played this too cool and for just this one instance, Bond needed to be more fun than smooth.