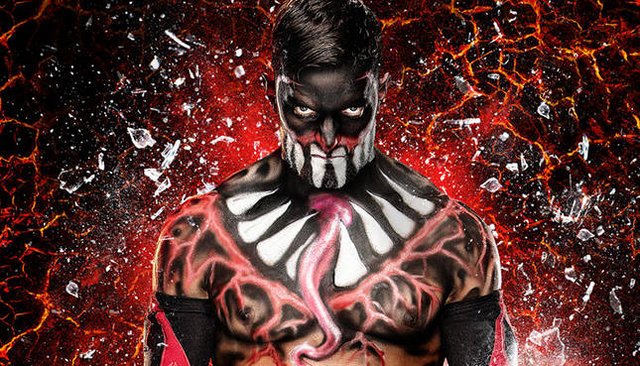 With Seth Rollins’ injury putting the WWE champ on the shelf for 6-9 months forcing a title tournament at Survivor Series, WWE is in a hell of its own making for failing to build its future main event roster. But there’s one man who can fix everything: Finn Balor.

John Cena’s taking a well-deserved hiatus, Randy Orton has his own injury to keep him on the shelf for 4-6 months, Brock Lesnar and The Undertaker are part-time performers, Sting and Triple H are just special attractions and Daniel Bryan isn’t returning anytime soon.

Sure, the easiest route is for Roman Reigns to emerge from Survivor Series with the title. The thing is, Reigns is slowly starting to get the fans behind him and tossing the belt on him now will just spark that backlash that he was “the chosen one” all over again. Done right, Reigns will ultimately end up with the belt but not just yet.

For now, what’s best for business? Putting the belt on Balor. Here’s four reasons why the NXT champ needs to just be the man in WWE.

The WWE always cast a loving glance back at The Attitude Era in part because it was the most profitable period in the company’s history, but also because they had a roster jam-packed with Hall of Famers. And the Survivor Series is where most of those stars got extensively showcased.

In 1996, “Stone Cold” Steve Austin legitimized his WWE run going toe to toe with Bret Hart. In 1997, his archfoe Mr. McMahon was born after screwing Hart out of the WWE title. In 1998, both The Rock and Mankind ascended to main event status competing in the world title tournament.

Finally, in 1999 Big Show won his first WWE title to cement his WWE run so there’s definitely a precedent for making a new commodity the promotion focus after Survivor Series.

Unlike anyone else that could get tossed in this tournament, Balor hasn’t suffered the sting of coming out on the losing end of a feud with Cena like Rusev, Ryback, Dolph Ziggler, Kevin Owens or Bray Wyatt. And as the NXT champ, he can validate his entry in the tournament right to a WWE title victory.

Balor winning the title dramatically freshens up the main event scene. No longer is there a superhuman like Cena, a beast incarnate like Lesnar or a sniveling cowardly champ like Rollins.

In Balor, we’ve got

more of the Bret Hart/Shawn Michaels champion who could conceivably lose to the Bray Wyatts, Sheamuses and Rusevs who can once again be viewed as viable threats against the smaller Balor.

And if that’s not enough, call up Samoa Joe to challenge Balor to give NXT fans the dream match they never got to see with Balor moving up to the main roster.

My ultimate plan would have Lesnar win the Royal Rumble and face Balor at Wrestlemania only to lose thanks to the interference of some new monster heel to keep Lesnar occupied. Balor would deny any knowledge of this new guy as he prepared for his next challenger and new Mr. Money in the Bank Roman Reigns.

Fun fact: despite being the absolute hottest property in wrestling in 1988, Sting didn’t go on to win the world title until two years later. Sting never lost any popularity and with enough time to win over even the remaining holdouts, it’s time for Reigns to get his shot.

Only problem is Balor has gotten used to all the perks that come with being the champ and he’ll do anything to hold onto the WWE title. Including forming Balor Club.

My introduction to Balor — Prince Devitt — was as the heel leader of New Japan’s notorious faction Bullet Club. The Balor Club T-Shirts are a send-up of that, but WWE could make some real money now by turning Balor heel and aligning him with 3-4 guys to help him keep the title. Balor is an awesomely cool heel and that’s one aspect WWE hasn’t needed to tap into just yet.

Balor Club costs Reigns the title at say Battleground, but the superior numbers prove too much. Reigns only recourse? Reunite The Shield with Ambrose and the now recovered Seth Rollins.

The fans desperately want to see The Shield reunite and pitting them against a force that’s just as vicious and unstoppable would be the ideal way to bring the band back together once and for all culminating in Reigns finally winning the title.