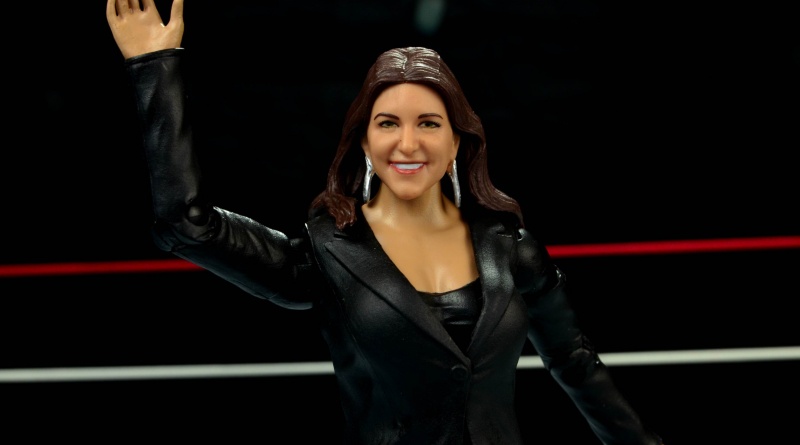 While I’m pretty disenchanted by the current WWE product, Mattel’s quality work has sucked me into picking up far more of the modern figures this year than I imagined.

As I continued going down the rabbit hole, one figure I knew I absolutely needed for my mini-modern display was the other half of The Authority, Stephanie McMahon. Since the figure was displayed earlier this year, this was one I definitely wanted. Let’s see if this figure is worthy of respecting the Authority.

Packaging: The Basic packaging is the not surprisingly the blandest of Mattel’s WWE line. It’s a simple spark backdrop and a large portrait on the other side of the front. It was a bit odd that Mattel went with a Stephanie picture that doesn’t match the figure’s attire especially considering Authority Steph more often than not wears a suit jacket.

Likeness: As much as I liked the likeness on the Elite 37 Summerslam figure, this figure’s likeness is off the charts and easily one of Mattel’s best. 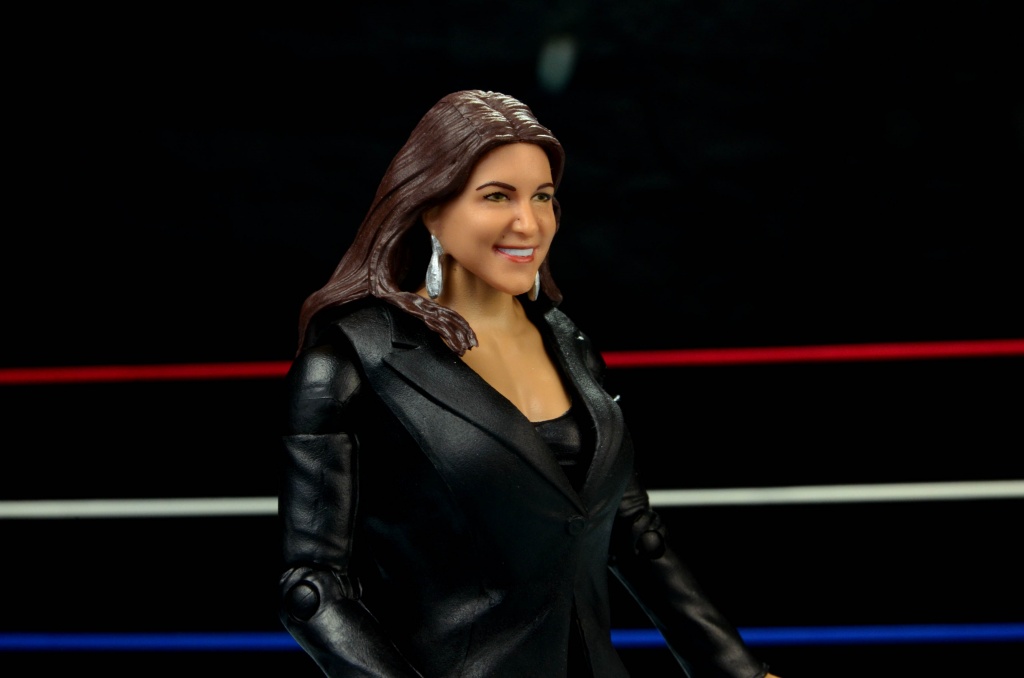 I mentioned how the TRU exclusive Seth Rollins had a decent likeness, but didn’t really reflect the character. That’s not the case here as this figure’s expression fully captures Stephanie in all of her smug, entitled persona. 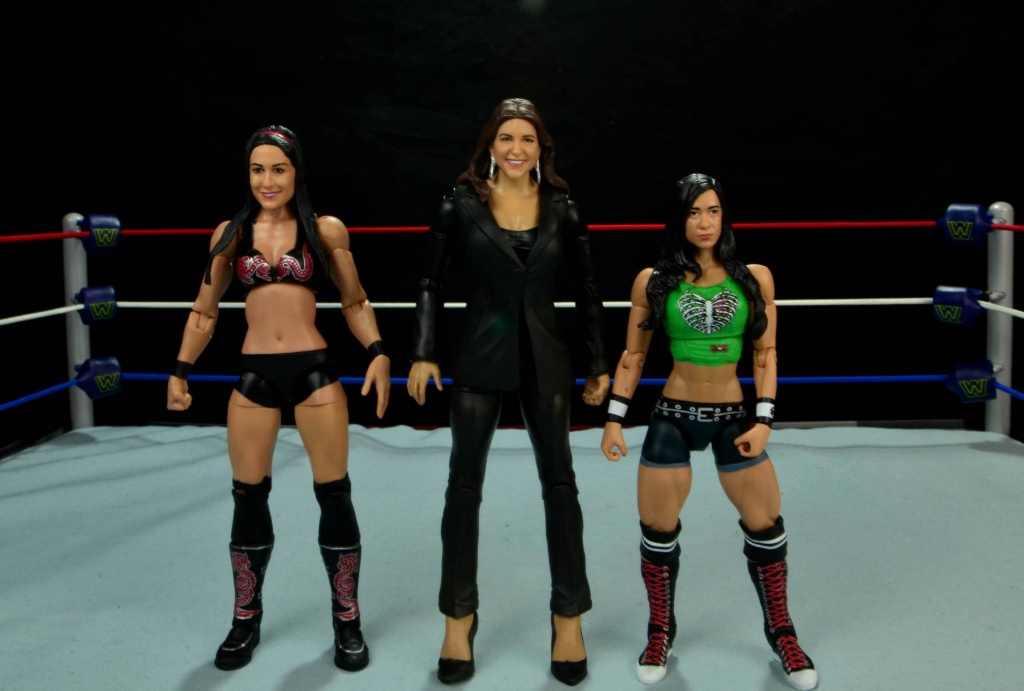 Scale: Stephanie is in her boardroom attire so she’s wearing her super heels. All the better to tower over her subordinates. Steph is 5’9″ and scaled correctly to be taller than the average Diva.

She’s still a little bit shorter than the Basic Lana from the WWE Battle Pack Series #34: Lana vs. Rusev Action Figure (2-Pack), but not by much.

Paint: Since Steph is in her power suit, Mattel didn’t have to worry about painting much with the figure since the majority could just be done in black plastic.

Fortunately the paintjob on the head is excellent and the earrings are fully covered. 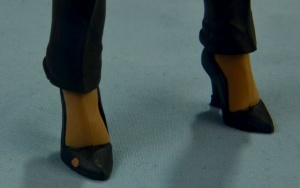 The only minor issue is an odd area on the right foot where the paint didn’t stick or came off. It’s black so it won’t be a problem to fix up thankfully. 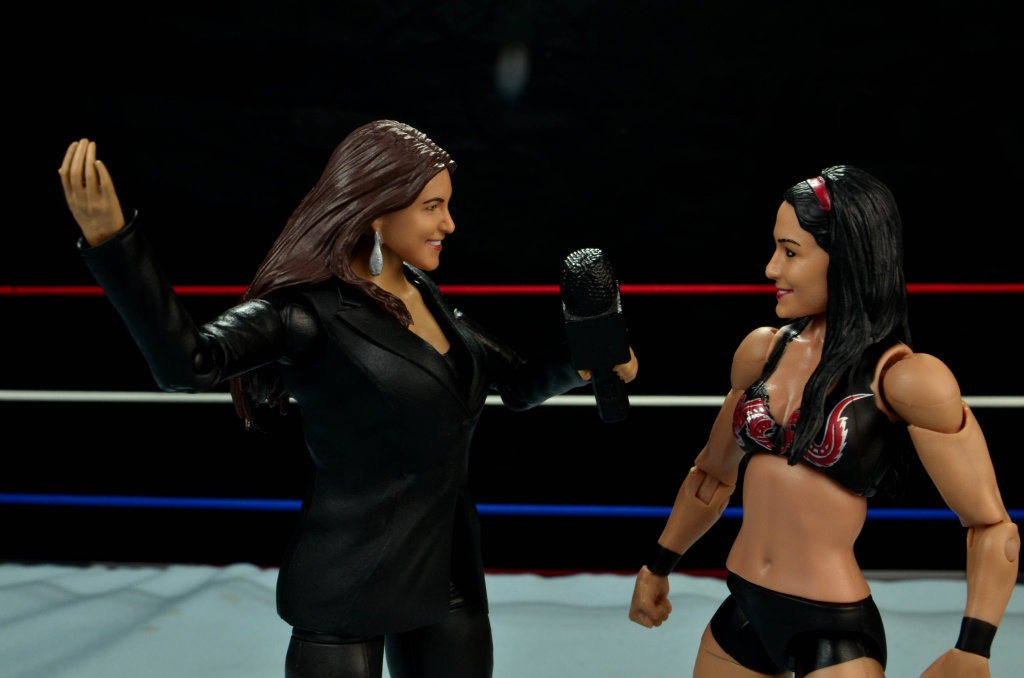 While I typically hate it on most Diva figures, I was happy to see Steph’s right hand is open so she can do her Authority emasculating finishing move of a big slap to the face. 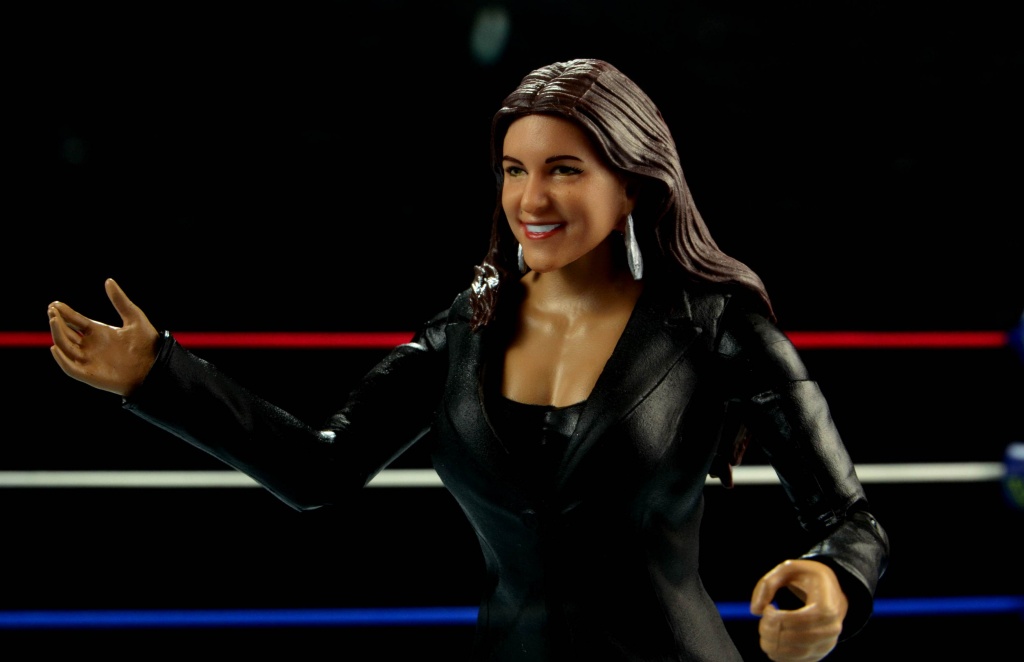 Like Lana, the heels are going to make standing somewhat problematic so you’ll probably want to just superglue them to offer better support.

Accessories: Basic figures don’t typically come with accessories, so Steph doesn’t lose any points for not having one. 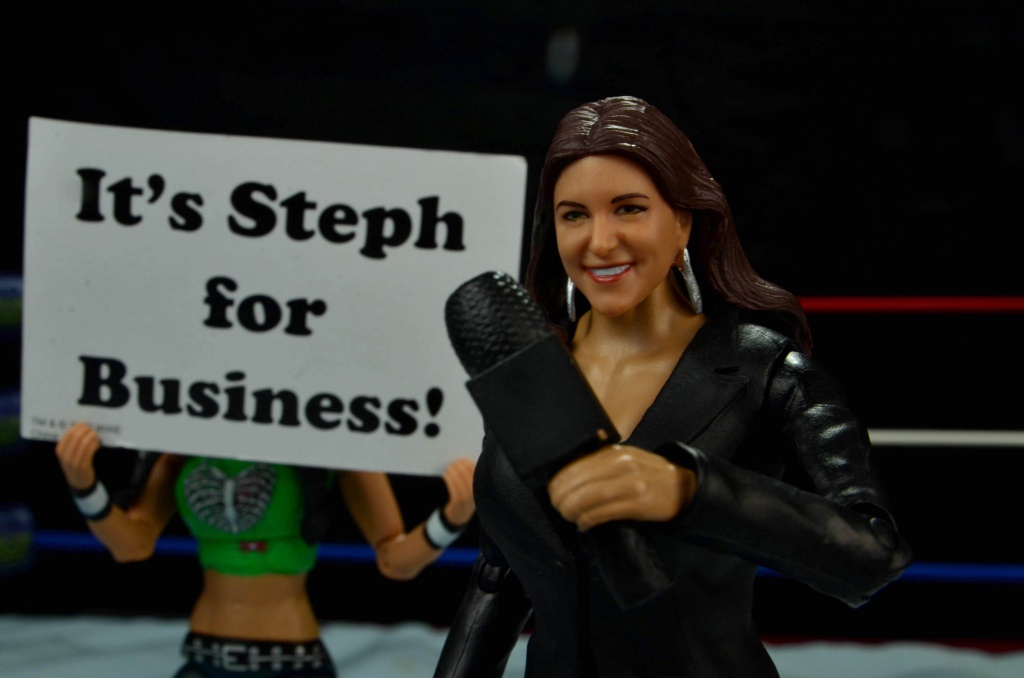 I do wish Mattel would take a rare page from Jakks’ book and include a microphone for these non-wrestling attire figures as I don’t think their inclusion would break the wave budget.

Worth it? If you’re fortunate enough to get Stephanie for retail price of $10, this is an outstanding value for one of 2015’s best figures.  Even at the standard Elite price of $20, I wouldn’t consider this to be a situation where I I felt like I overpaid.

Yes, finding that perfect sweet spot to stand is a major pain without super glue and that paint issue on the foot should knock her down a few points, but this is too exceptional a figure to let a few nitpicks drag the score down. This is one of Mattel’s best this year. 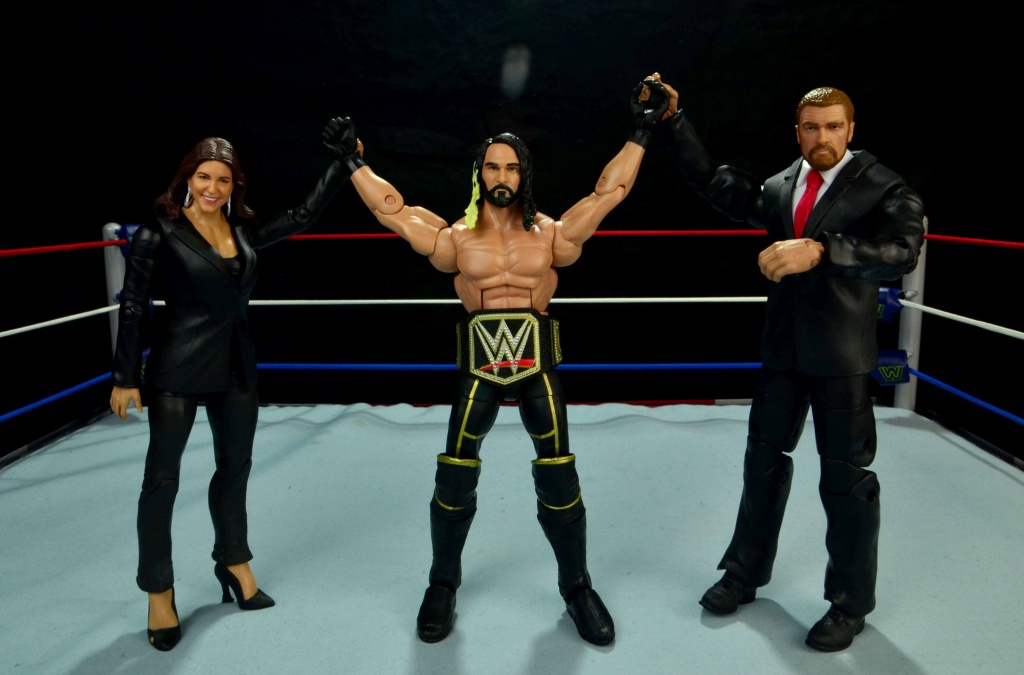 Where to get it? I’ve been on the hunt for this figure for awhile at Toys R Us and Target, but I finally lucked out and grabbed one from  Lyles Movie Files’ affiliate partner Amazon.com: WWE Figure Series #51 – Superstar #40 Stephanie McMahon Figure